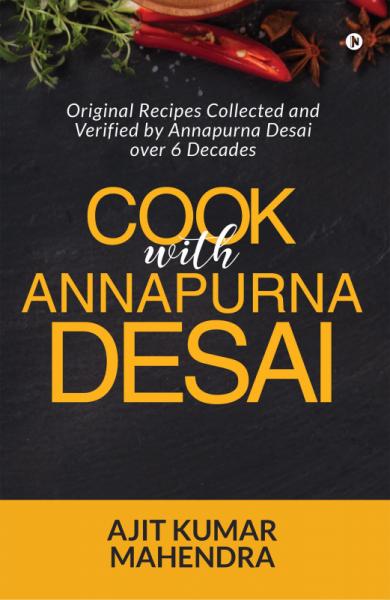 Three words: magnetic, progressive, vivacious. Born into a moderately conservative family of Hyderabad, Annapurna had a spine of steel and was way ahead of her time. Not surprisingly, she graduated in science and joined the teaching profession at a very early age.

Later, married to Dr Ramakant Desai, she moved on from her decade-long journey of teaching and being the principal of a government school. Marriage was a whole new experience, and her life was eventful, to say the least.

Annapurna’s forays into the culinary world started when she moved to her own apartment. Cooking delectable non-vegetarian food at home was much to the joy of the youngsters of the Desai clan.

Other than being good at representing her country, she was, above all, a brilliant cook! At home, the culinary style was hybrid comprising of Telangana dishes, some Maharashtrian flavours, and of course, Mughlai cuisine. For instance, chigur ghost is a typical Telangana dish, made of mutton and tender tamarind leaves. Chiguru is the Telugu word for tender leaves. From the main course to pickles, she excelled at them all. Most of the pickle recipes are from her mother’s repertoire (talk about being steeped in history!)

Annapurna played a large part in the ‘Inner Wheel Club’. She was the Chairman of District 319 and was also the chief guest for several conventions. In 1970, she even addressed a large audience in Hague, Netherlands at the 1st IIW convention held there and gave a talk on ‘India and its Cultural Diversity’ to a gathering of 1700 people.

Moving from Bombay to Bangalore gave a fillip to her interest in cooking. She added south Indian dishes to her collection. She had also improved her language skills and was able to converse in 6 languages.