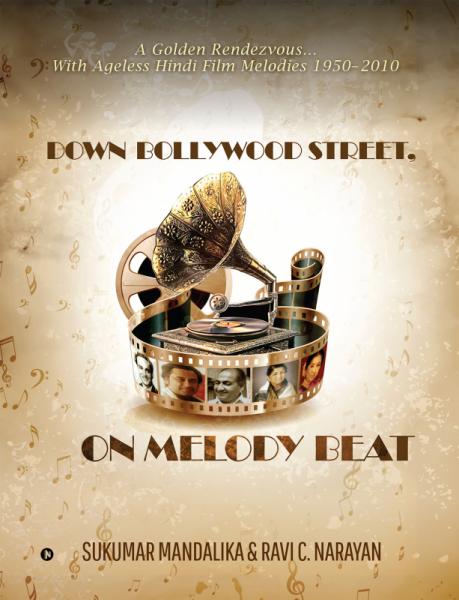 India is home to almost every religion in the world, each practised by its own set of believers.  But two religions are practised, indeed celebrated, by all Indians across the length and breadth of the country all the time . . . cricket and cinema.

Sound brought into movies that magical potent, that elixir craved for by entertainment seeking audiences of all ages, all classes .  .  .  .  . MUSIC!

This book showcases some of Bollywood’s immortal music melodies from 1950 to 2010 that have stood the test of Time.  And the people behind them.

Sukumar Mandalika is an engineer by profession, with a lifetime of experience in reputed Indian private organisations.  A writer by passion, he has all his life been unabashedly addicted to Hindi films and music.  He currently lives with his wife Padmavathy  in Madras.

Ravi C. Narayan is an accomplished and multi-faceted NRI domiciled in the United States of America.  A connoisseur of fine arts, he has a special fondness for Hindi film music.  He is happily married to Vasantha with whom he lives in Tysons Corner, Virginia.