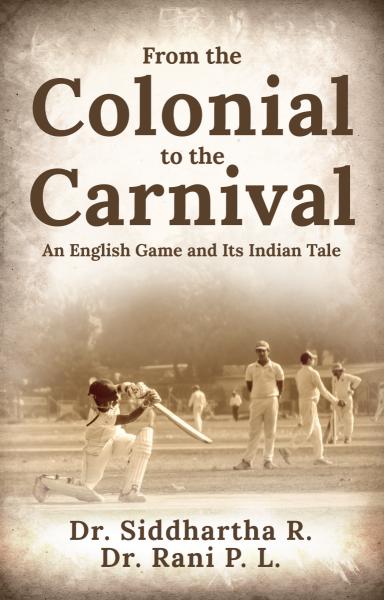 Research in colonial studies has traditionally revolved around the historical, political and economic aspects of the colonial regime. The case is no different with the British Empire in India. The Empire was, however, built less by military force and more through cultural reinforcement. To this end, the British engaged many tools – religion, language and sport.

Among the three Cs of Victorian England that defined civilisation, Cricket stood on par with Christianity and the Classics. Beyond being a sport, cricket was the Englishman’s representation of his ‘English-ness’ in the colonies and a tool used for colonisation – a scantily researched area. This book traces, through the colonial postulates of Edward Said and Homi K. Bhabha, the colonial path cricket took to its growth in the colony.

The game moved from the ‘exclusivity’ of the English to the ‘mimicry’ of the natives as a part of the informal modes of rule employed in a colonial framework. Once formal modes were employed in the Empire, phases of ‘cultural reinforcement’ by the colonists followed by ‘patronage’ by the natives took over the spread of the game. Historical narratives are filled with examples supporting each phase in the sport. The very same tool that was used to establish the native’s ‘effeminacy’ was used, finally, to invert the hegemony. The book argues how decolonisation, in India’s case, did not occur through ‘rejection’ of the colonial culture, but, paradoxically, through ‘adaptation’ and ‘assimilation’ in clear colonial terms. This discussion achieves recency and relevance through its exposition of the telling decolonising moves in cricket to ‘subvert authority’ through the IPL. Mikhail Bakhtin’s’ theory of the carnival helps view the shift of cricket from the colonial to the carnival mode.

Dr. Siddhartha R. is an Assistant Professor of English at the Department of Languages and Literature, Sri Sathya Sai Institute of Higher Learning (a Deemed-to-be University), Anantapur. A scholar with a research interest in popular culture in general, and cricket in particular, he converts his love for the sport into a niche area of research. He teaches English language and literature for undergraduates and research scholars. An active teacher on the campus, he is also an orator, a singer and a dramatist who uses his talents and abilities to shape the youth in line with the integral education system that the Institution stands for.

Dr. Rani P. L. is an Associate Professor of English, and currently the Head of the Department of Languages and Literature, at Sri Sathya Sai Institute of Higher Learning (a Deemed-to-be University), Anantapur. An academic with nearly three decades of teaching experience in the higher education sector, she takes engaging language and literature classes for undergraduates, postgraduates and research scholars. Postcolonial literature, media linguistics, academic writing are some areas of her interest. An impactful English teacher, she is also an avid reader, an inspiring orator and an engaging writer. A beneficiary of the Sri Sathya Sai system of education, she is keen and passionate about passing on the values of the system as an act of gratitude to the Founder Chancellor.