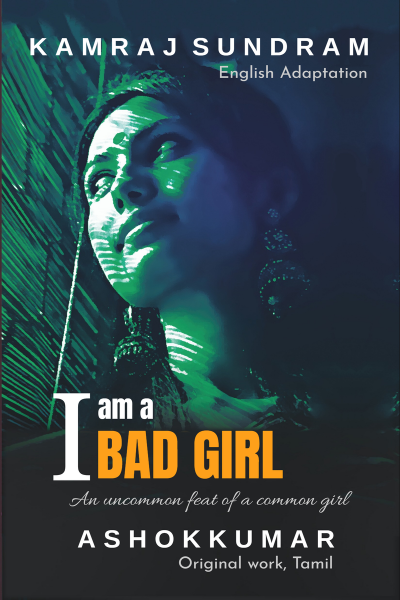 What would it be like for a girl, born in one of the lowest economic levels in India, to discover her unchecked expression? How would that occur? What would be the consequences in her life and others involved? Are there only tragedies and unhealing wounds? Or are there also undiscovered and uncommon feats? What kind of character is she? And how does she use life events to distinguish her identity? What would be the benefits of learning about such a girl?

What could benefit readers from different parts of India and the world, if they were to learn about the girl’s culture and society? Would it help them connect with experiences, restrictions, and triumphs, that the readers or their elders or ancestors might have gone through? Would it be an enjoyable and moving experience? Would there be new and fascinating details they may come across?

Aishwarya's story is an uncommon feat of a common girl. 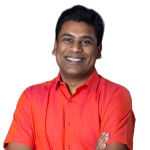 Kamraj Sundram is an artist committed to the deeper meanings and crafts of acting, a writer, and a speaker. Intrigued by the book of Buddha that his beloved aunt Kalyani gave him when he was five, Kamraj Sundram walked with a fundamental question.

"What is the purpose of life if we are to die?"

Keeping this question alive, he ventured through various landscapes of life that started from an unheard village in the south of India. He has written several essays/articles and poetry and has also won accolades for his public speaking and plays in events, since his early teens.

Often, he has found himself as a person of all worlds. He was born in an economically challenging situation and from a village where there was a dearth of basic amenities. From there to his progression to a successful career life in buzzing cities in India, Chennai, then Mumbai, and then to New York City, London, Singapore, Zurich, and many more, he continued to grow a keen enthusiast of life around him, in people.

Kamraj Sundram experienced his life gaining its aliveness, through the help of many loving females, who have often risen above their restrictions. A common observation by him, no matter, the country is that their challenges are harder than his. At this juncture, he decided to write an adaptation of an original novel in Tamil by Ashokkumar. He found the novel excellent in bringing out a triumphant and a humane story of a girl. Ashokkumar penned the novel in Tamil with his imagination applied to the real struggles and triumphs he heard from people.

Ashokkumar works as a Creative-Head in the cinema industry and manages a foundation that helps unsupported people of all ages. Ashokkumar handpicks his movies to work on and has played a pivotal role in three critically admired and successful mainstream films. He also is the director and writer of 'In the jungle of our village,' a meaningful short film, the first from Sarvah League, a company, Kamraj Sundram has founded. www.sarvahleague.com

Aish's story is an uncommon feat of a common girl, made possible by her diligent work in evolving her character and standing up for her love for life.