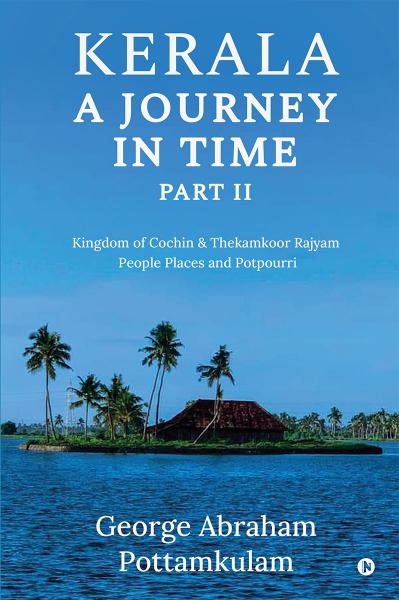 The book is a compilation of history more from the social perspective over the years written without any ideological baggage or political agenda for anyone who is interested in the history of Cochin and Central Kerala and its evolution. The book also briefly covers the geography of Kerala, literature, customs, culture, and religion. Kerala’s culture is a composite and cosmopolitan culture to which several people and races have made their significant contributions. In fact, the secret of the vitality and strength of the culture lies upon its composite culture.

It was not just spices, but also a whole lot of natural commodities such as medicinal herbs, grains, wood and leather which made this land so precious to the west.  The history of ancient Roman trade with Kerala; before Christ [b.c] and after [a.d] was referenced when Pliny famously remarked upon the drain of gold from Rome in 79 C.E., and large quantities of Roman coins were found during excavations in southern India. 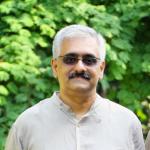 George was born to a large estate owning family in the 1960s when plantation was the main trade. He says that while he grew up in comfort, the life in the world of estates changed giving way to well-educated and diversified entrepreneurs from plantations in south India.

He stated Tourism in Plantation Bungalows fascinated by architecture and the stories of the pioneers with his first book souvenirs from the past, Compiled a Coffee table Book, The Path to the hills - history of plantation upon western Ghats. Simultaneously in 2005 he could network plantation tourism to the global tourism services.

All along the journey, George had his passion for exploring the lives of colonials and Indians who were enterprising and compassionate. The Mission work of early missionaries caught his attention, as his native place was one of the early mission stations in Kerala. He brought out the title The Lanterns On The Lanes in 2020 October which was a compilation on history, culture and religion. This was followed by Kerala A journey In Time which was a series on the social history of Malabar, Kochi Thekkumkoor and Travancore. He then wrote Tamilnadu - A Journey In Time.

He lives in Mundakayam near Periyar Travancore, Kerala, with his wife Anju, daughter Rose and son Abraham

He is a compiler favored by many Indian tour companies as a story teller and friend for ex-planter’s descendants to trace the roots in India.