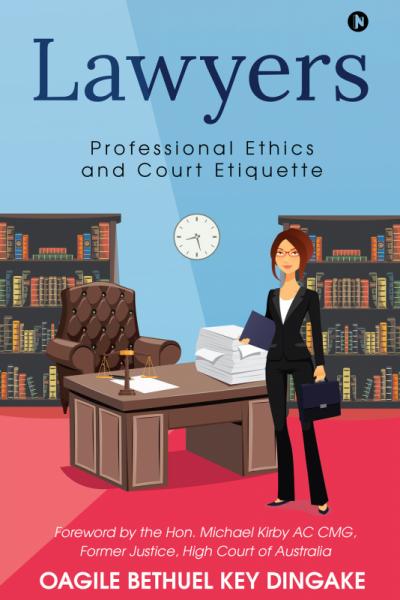 This book primarily covers legal professional ethics and court etiquette relevant to the duty of a lawyer in the major legal systems of the world. It emphasizes the point that lawyers must not only practice their craft with absolute integrity but should also be well behaved and civil to each other, the courts and other court users.

Lawyers are first and foremost officers of the court; it is their duty to assist the court come to a proper and just determination of the issues in dispute, serving before the court. A lawyer’s duty to the court includes candour, honesty, and fairness. Lawyers, especially in an adversarial system, are required to act professionally with scrupulous fairness and integrity and to aid the court in promoting the cause of justice.

There is an obligation on a lawyer not to take on a case in circumstances where the lawyer is plainly unqualified for the complexity of the task or has an inadequate knowledge of the area of law concerned. It is the duty of every lawyer to assist the judge by simplification and concentration and not to advance a multitude of ingenious arguments in the hope that one of the many arguments will win the day.

Litigants and their lawyers are not entitled to the uncontrolled use of a trial judge’s time. Litigants are only entitled to so much of the trial judge’s time as is necessary for the proper determination of the relevant issues. Without this assistance from lawyers, the courts are unlikely to succeed in their endeavour to administer justice in a timely and efficient manner. 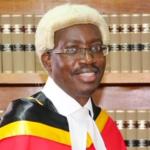 Justice Dingake is a judge of the Supreme and National Courts of Papua New Guinea in the Pacific, North of Australia. He is also a judge of the Residual Special Court of Sierra Leone (RSCSL) appointed by the Secretary General of the United Nations in 2013.

Judge Dingake has been recognized as an exceptional and distinguished scholar by a number of Universities around the globe, including the University of Pretoria, Cape Town and James Cook University in Australia. Judge Dingake is the author of several books.

He is currently the president of the Africa Judges Forum on HIV/TB, Human Rights and the Law and Co-Chairman of the African Think Tank on HIV, Health and Social Justice. Judge Dingake has authored more than seven (7) legal books.