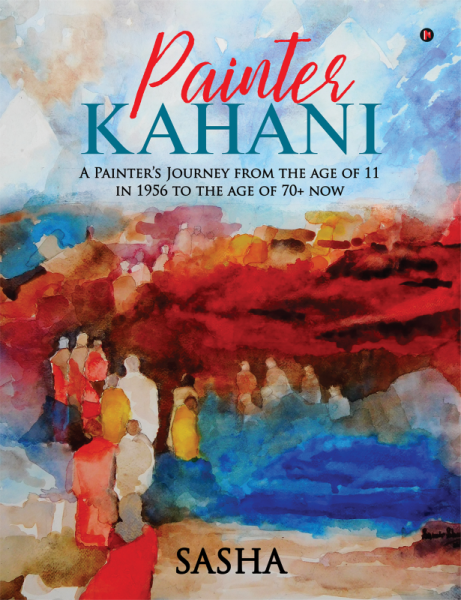 This is the story of Samir Sharma, as told by Sasha.

In ‘Painter Kahani’, Sasha traces Samir’s journey in the realm of his painting activity.

Sasha discovered that Samir has his works preserved in the original since 1956 when he was only 11 years old. Some of the childhood works of Samir bear the remarks and signatures of his school teachers. In some cases, the colour of the sheets of paper has faded, while some others have torn corners. Some have the sheets and the paint cracking with time. All this adds to the authenticity of the period when those works were done by Samir, and the writer finds this aspect unique and interesting while tracing an Artist-Painter’s development in this field.

Being the observer-consciousness in Samir Sharma, Sasha has written this book based on knowing Samir well. Further, Sasha has all of Samir's works in the original to see. For the particulars, details, vocabulary, terminology used in Art, Painting and Visual Arts, Sasha relies on the matter related by the Artist-Painter himself.

This book is profusely illustrated with images of Samir's paintings. They have been placed in chronological sequence and the story woven accordingly. This way the Author believes that the development of the Artist-Painter Samir is clearly brought out and would be discernable to the reader. 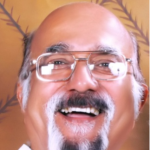 Sasha, the author, is the observer consciousness in Samir Sharma.

Coming from an engineering background (his father being a Civil Engineer), Samir’s interest in arts and painting led him to choose Architecture & Regional Planning course for his graduation.

Samir Sharma is an Architect by profession. The combination of having graduated from an Engineering Institute and an artist bent of mind has made him an analytical artist-painter.

An element of this analytical artist-painter trait is reflected in his having preserved his paintings since his childhood, giving one an opportunity to analyze his progress. The publishing of this Book is a sequential development.

Thus he wishes to continue- painting, analyzing, improving, and sharing with others.

Samir Sharma graduated in 1967 with Bachelor of Architecture (Hons) from the Indian Institute of Technology- Kharagpur (West Bengal)- India.