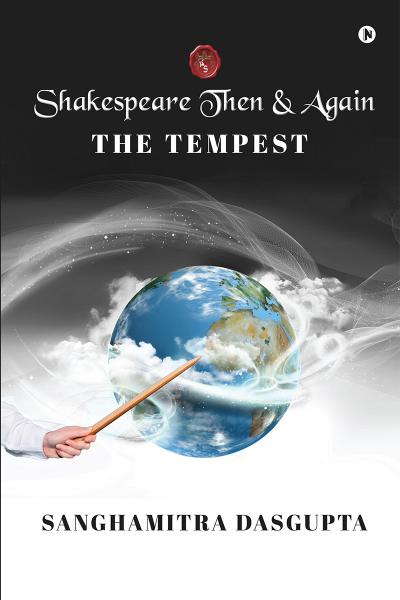 Shakespeare Then and Again The Tempest

Would you call studying Shakespeare an exercise in futility?

Or an imposition of colonialism even after the sun has sunk deep for the Britishers?

Why should we wrack our brains to understand an archaic language?

Why, in our post-colonial times, would we wish to know what an English dramatist of the 16th century wrote about?

Well, do read his plays, despite their sometimes-archaic language, to know the answers to those questions. They have so much to tell us about the ways of men and women, of rulers and governments, of illusions and delusions, of love and war, of order and anarchy!  Sounds as if I am talking about current times? You think you’re living in tempestuous times?

Don’t believe me. Find out for yourselves. Just pick up Shakespeare Then and Again: The Tempest and see this play is a mirror for us. This book is meant for Shakespearean fans as well as sceptics, students, teachers, et al. And the answers to so many questions are not blowin’ in the wind but are to be found in this play.

Sanghamitra Dasgupta is a teacher, writer, ideator, and social worker. Currently employed in a digitisation project for scholars and researchers. She is passionate about teaching and learning and rendering service to the nation.

She is a published author for Pearson Education Services, India, as well as a resource faculty member for the same company.

This book is her second in the five-part series on Shakespeare's plays. The first, Shakespeare Then and Again: The Merchant of Venice, has also been published by Notion Press. The other three will be out soon.