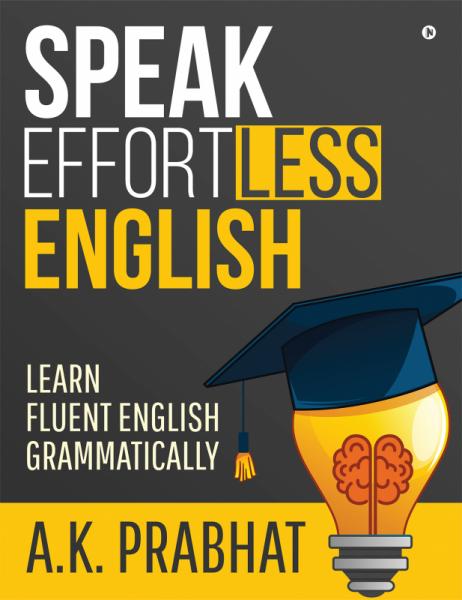 Speak Effortless English has been written for English lovers who want to achieve proficiency in English. As everyone knows that knowing English is the need of hour. The coin has two sides, heads and tails. In the same manner English has two aspects, SPOKEN and WRITTEN.

This book has been divided into four parts. Part I deals with grammar with spoken sentence. Part II deals with conversation and spoken words. Part III deals with vocabulary & sentence structure.   Part IV deals with opposite words, phrasal verbs and interview questions.

Sufficient examples on each point and each topic have been given. A number of sentences have been given for better practice. This book helps you to get rid of hesitation in an easy way. I hope this book will help you gain knowledge and since it is handy, you can carry it with you while travelling, relaxing, taking a break or simply choosing to read something sensible. 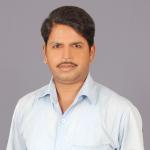 Since childhood, Mr. Prabhat has realized that English has emerged as the most important global language. After the completion of his academic career, in 2001, Mr. Prabaht opted for a profession course named Medical transcription. Through this course, he developed the ability of listening to the correct pronunciation of words and sentences in English.

When the course got over Mr. Prabaht wanted to sustain this knowledge forever, so, he founded Heartland, an institute for English speaking courses on 2nd May 2004. This institute was inaugurated by his father. Through Heartland, Mr. Prabaht shares his experiences and his teaching skills to numerous students. In 2005, his first spoken magazine was printed. After getting good response, he again issued another magazine in 2006 and 2007 respectively.

Mr. Prabaht has devoted his body and soul to complete this mission. He is a very experienced personality and has more than twenty years of teaching experience.

Besides having written a huge body of work on the English language, Mr. Prabhat spends his spare time teaching students of various streams through his center. He conducts classes on English techniques, communication and pronunciation skills, personality development and soft skills.