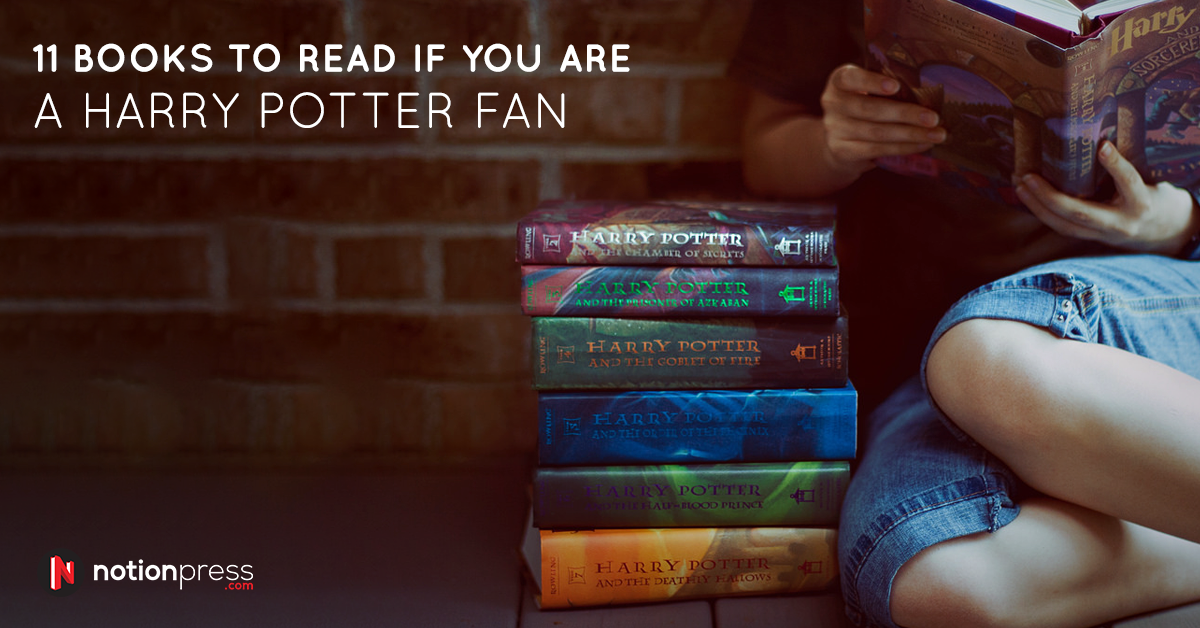 11 Books to Read if you’re a Harry Potter Fan

Expelliarmus, Stupefy, Expecto Patronum! Those magical words we loved reading, watching and occasionally imitating. J.K Rowling took the world by storm with Harry Potter and the Philosopher’s Stone. Six books later, it’s still hard to shake off that Floo Powder.The Harry Potter series was successful due to its ability to transport us from the real, mundane word to a fantasy so compelling that we spent months eagerly waiting for our Hogwarts letters. J.K Rowling’s intelligent articulation, ability to mix multiple genres, and tremendous faith to her characters has made the series a timeless read.There are thousands of fantasy novels out there waiting to be read, but not many come close to the spellbinding adventures of Harry and his cohorts. Being huge fans of the series ourselves, we’ve compiled a list of great reads that would make any fan want to fly to different worlds on their Firebolts, while still feeling at home. Here are 11 books to read if you’re a Harry Potter fan.

The Lord of the Rings series:

With lore even more diverse and characters in countless numbers and factions, the Lord of the Rings series stands out as one of the best among avid readers.

The trilogy revolves around Frodo Baggins, a Hobbit (Dwarf like humans), who is gifted a ring from his uncle Bilbo. When Gandalf (a wizard that could rival Dumbledore) discovers the same, he warns Frodo of the terror the ring could bring to the world of Middle Earth (the setting). Frodo must embark on a long and perilous journey accompanied by his friends and a band of helpers, known as the Fellowship of the Ring.

This book is an easy read for Harry Potter fans considering the surprisingly striking similarities between the setting, plot and theme. Frodo and the Fellowship can be compared to Harry and Dumbledore’s Army, the creatures fit well in Fantastic Beasts, and the Ring itself has similar powers to the Deathly Hallows. 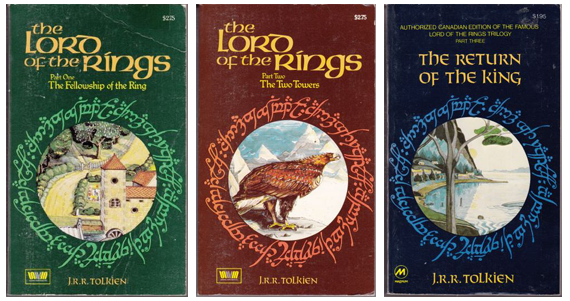 The Chronicles of Narnia series:

Unlike the chronological series of Harry Potter, The Chronicles of Narnia septology was initially published in a nonlinear fashion; something the author admitted that he never expected.

The septology tells the tale of the Pevensie siblings; Peter, Susan. Edmund, and Lucy; while playing a game of hide and seek, they come across a dusty old wardrobe that transports them to the world of Narnia. Narnia is portrayed as a lush landscape inhabited by talking animals; the area has been plagued by a 100-year winter of which the evil White Queen is responsible. The four children are given the task of aiding Aslan, a lion and the ruler among the animals to dethrone the White Queen and bring back peace and prosperity to Narnia.

A great book to read to your children, the Narnia mythology plays close to comparison with Harry Potter as it deals with themes of loss and struggle for power. The adventures of the Pevensie kids are one to remember and can make for a great late night read. 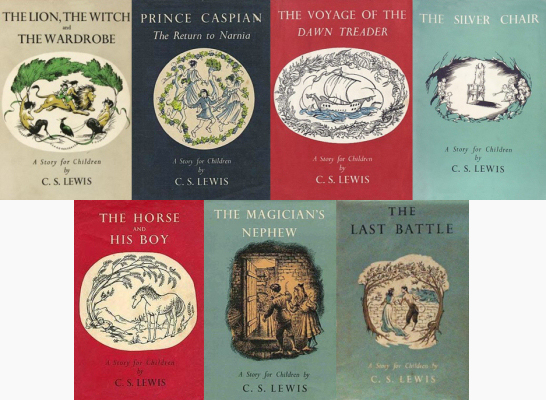 One of the earliest fantasies, Alice in Wonderland should definitely be on your reading list. So many pop culture references today are inspired by this fantastic tale.

The book tells the tale of Alice, who follows a white rabbit down a rabbit hole and enters the world of Wonderland. Faced with numerous brain teasing challenges, Alice must overcome her disbelief of the twisted new world as she encounters many anthropomorphic animals and strangely formed humans.

If you loved the mysteries of the Forbidden Forest and always wanted to open the Room of Requirements, this book will take your for a ride and tickle your logical reasoning. A great read for people of all ages and one that could find its way into school textbooks, this book is a great winter read. 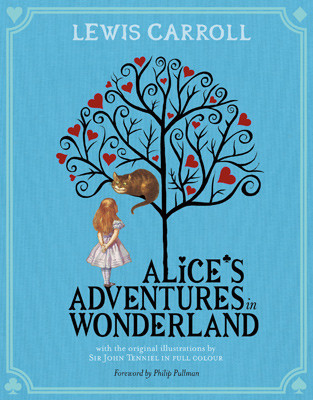 What happens when you mix war drama with dark magic? You get an epic dark fantasy that is sure to make you grip the book harder.

Through 10 novels, the story is about a mercenary unit called the Black Company and their various employers, who fight a war against rebellious lost souls called the Taken. The series is published in a non-chronological order and explains that the origins of the rebellion are caused by a powerful wizard known as The Dominator, who, along with his wife, the Lady, creates a haven for evil to thrive. The Dominator is soon overthrown by rebellious forces and locked away for 400 years. On his awakening, he is betrayed by the Lady who seeks out to reclaim her world

Set inside a war-torn world, The Black Company deals with strong themes of morality, betrayal and a power struggle riddled with plot twists and shocking moments. A good read for Harry Potter fans who enjoyed the darker layers of the series. 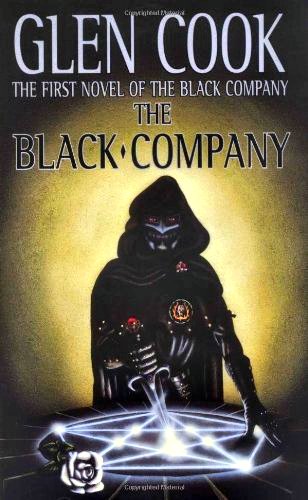 A trilogy adapted from the popular role playing game Forgotten Realms, the Dark Elf is a novel worth reading if you enjoy in-depth characterization and a globe-trotting fantasy adventure.

The Dark Elf tells the story of Drizzt, the eponymous character. In a quest to live on principles, he’s cast out by his people and forced to live a life of a gipsy. Along the way, he meets various characters of the game’s lore and builds a relationship with each of them only to be eventually shunned. The final book of the trilogy has been noted to have one of the best climaxes in the fantasy genre.

The struggle for survival and the will to find a place in the world is synonymous with Harry’s story, making this novel easily relatable for Harry Potter fans. 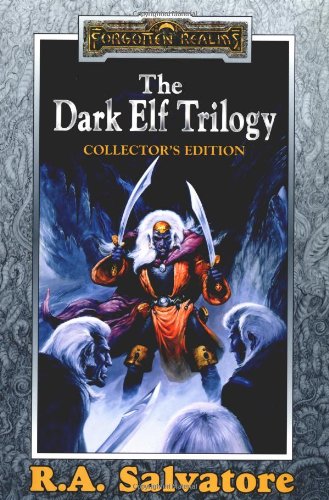 Not only is this a unique genre (Science-Fiction Fantasy), it is also one of the longest running novel series written by the author and her children. While the 22 novels were published over a period of 4 decades, the book itself spans a lore running for two millennia.

Dragonriders chronicles the lives of the people of Pern, a planet that thrives on its abundance of natural resources. However, when a deadly star called the Thread threatens to destroy the planet, the people move fast into building safety measures; using advanced technology and breeding fire-breathing dragons. With the Thread destroyed, the people become oblivious to its existence over time and soon lose interest in the dragon breeders. Out of the six dragon breeder factions, five disappear mysteriously, and the people of Pern become weary as a new threat emerges.

We all loved the Hungarian Horntails and the Chinese Fireballs, but when you have more dragons to learn about that you can remember, it makes for a wanting fantasy. 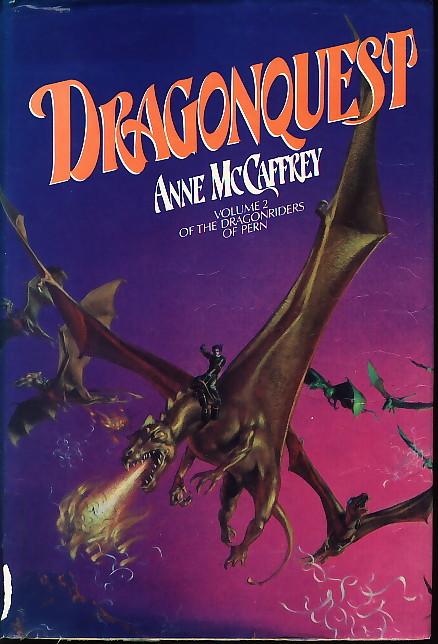 Romance may not be what a fantasy novel series lover would prefer to read. However, this book is quite a thrilling tale of love, mixed in the mythical world of vampires and werewolves

Twilight tells the tale of Bella Swan, who is an awkward teenager just looking to fit in the crowd. She gets drawn to Edward Cullen, whom she soon finds out to be a vampire. Bella and Edward grow close and eventually become a couple. However, their relationship is threatened by the other vampires from the Volturi cult, who believe it is against vampire laws for humans to be amongst them.

Romantic fantasies are a refreshing read for any Harry Potter fan, who adored the cute love triangles and relationship squabbles seen in Harry’s pubescent years. We also recommend this book as a good read during the rainy season.

Another long-running fantasy series consisting of 41 moves, Discworld consists of independent stories set in the same universe, a flat disc supported by four elephants that are all standing on a giant turtle.

While there are many characters being portrayed in the universe, each with their agendas, the crux of Discworld is to throw these characters into unwanted situations and have them deal with it by any means. Themes for each novel are parodies of real-life situations and actual world events.

For the humor-loving Harry Potter fans, this book is sure to tickle your funny bone in a rather intellectual, thought provoking manner. A must read on this list. 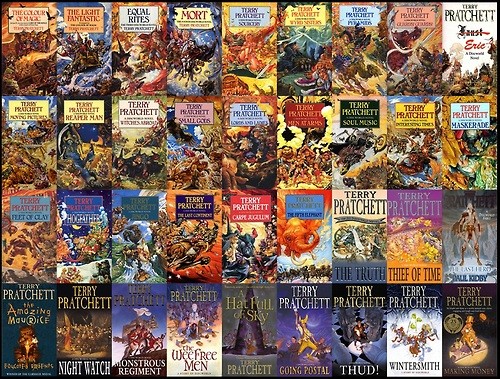 The Wheel of Time

This epic fantasy series will take you months to finish (if you’re an avid reader!) Having a total of 12,000 pages spread across fourteen volumes; its lore is considered to be one of the most complex ones.

Heavily inspired by the biblical stories of Genesis and Armageddon, The Wheel of Time tells the story of The Creator who, after creating humanity (known as Aes Sedai in the series) accidentally lets loose of Shai’tan, the Creator’s antithesis. Shai’tan goes about corrupting the world and influencing the Creator’s Channelers (prophet’s) to cause more harm to the Aes Sedai.

The story then chronicles the various wars fought between the sane Channelers and Dark Ones (Corrupted Channelers), while a new breed of female Aes Sedai begin to make their mark in the world.

A series you just have to read that reminds us of the Inferi controlled by Voldemort and the epic battle of good vs. evil that engulfs it. 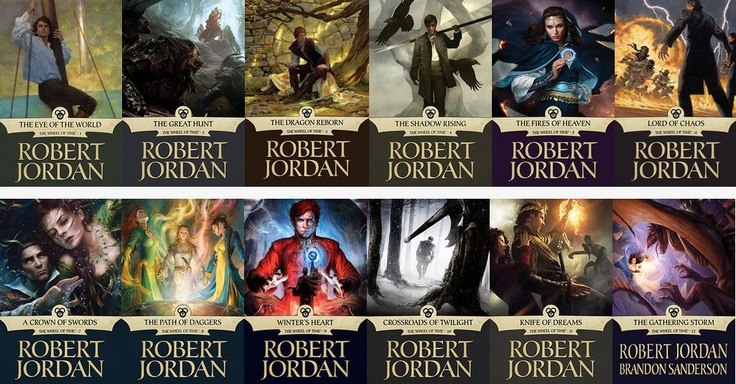 Many novels, including Harry Potter, have taken inspiration from the theme seen in The Earthsea Cycle. Spanning 6 books, the series deals with the daily lives of magical individuals in a fantasy setting that is political and hierarchical in nature.

The world of Earthsea consists of multiple small islands connected to one large island called Havnor. The entire race of people living on the islands possesses magical qualities, based on their profession (magical qualities can be enhanced by training). Each island is inhabited by the various classes of wizards and witches, the island of Kargish being the only non-magical land. The six novels have independent stories with each main character trying to deal with their magical properties while also defending their land against the non-magical Kargish, to try and maintain a balance in the world

A book series you will cherish as much as Harry Potter as the narrative style has an uncanny resemblance and is well paced for a quick finish. 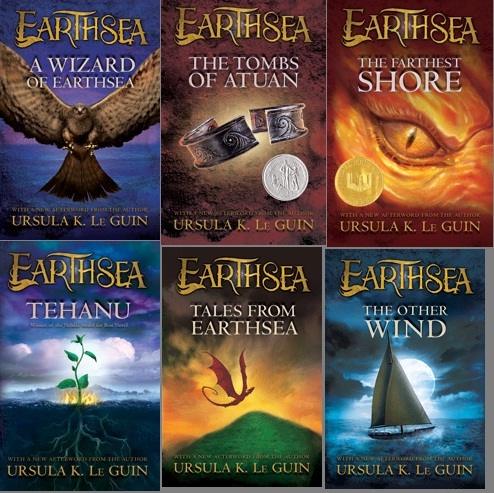 When you hear it’s a Stephen King novel, the chills start running and with the Dark Tower series, the King has pulled off a never before seen mix of Fantasy, Horror, and Old Western. The series is of 7 books that you must read in chronological order.

The story follows the journey of gunslinger Roland Deschain, who is on the search for the eponymous Dark Tower, which in this world is the source of the Big Bang that created the universe. Magic, which plays as a central element of the plot, has nearly vanished from this post-apocalyptic world where even the Sun rises from odd angles. Roland must fight off zombies and other out worldly creatures and defend the last few hopes of human existence on his quest.

Deeply terrifying in typical Stephen King fashion, this book series gives us the chills that were barely present in the Harry Potter series, while still maintaining that powerful essence of magic. 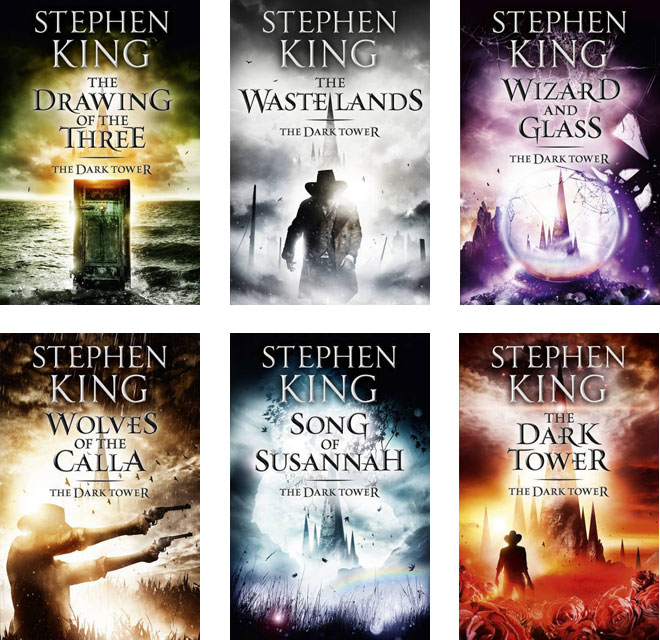 An escape from reality, that’s what all of us want from time to time. With this list, we hope you can have some wonderfully magical dreams and even try making your own. 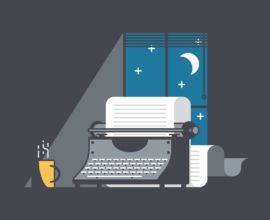 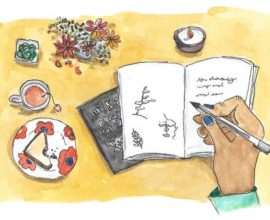 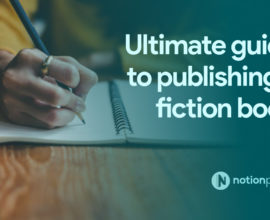