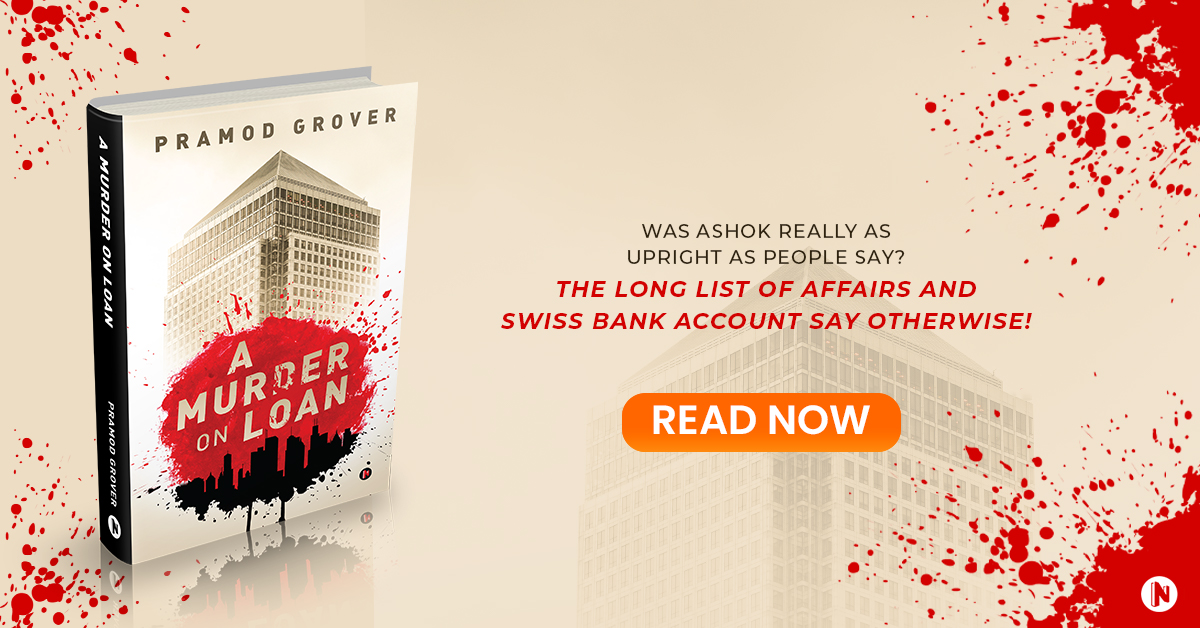 Notion Press Present A Murder on Loan by Pramod Grover

“It strikes me profoundly that the world is more often than not a bad and cruel place.”
― Bret Easton Ellis, American Psycho.”

A banker is found in a pool of blood in his house in the country’s capital. As a charitable man with a straight work record, why would anyone intend to kill him? His wife, Kamini, and Lead Investigator, Inspector Dayal begin their respective investigations and converge at a point to discover who committed this sinister act.

The story opens with Kamini finding her beloved husband Ashok, a General Manager at a respectable bank, lying in a pool of blood in the bathroom of their lovely house. With more suspicion than support from her in-laws, grief-stricken, Kamini sets off on an investigative spree to determine just what lead to the murder of her husband. Well aware of his long list of affairs, she knew that foul play was not off the table!

Upon investigating the case, the lead officer, Inspector Dayal discovers that Ashok was an exemplary employee and a helpful man with no apparent enemies. Perplexed by the peculiar nature of the case, Inspector Dayal frantically explores all the avenues and angles and then successfully solves the case.

Join them as they skillfully uncover the web of lies woven by Ashok across Delhi, Mumbai, Chandigarh, and Singapore.

He is not just a wiz with numbers and accounts but with words too, being the son of an Urdu poetess, Kanta Grover. His passion for literary reading and telling fascinating tales prompted him to write several interesting novels like The Gunshots in Lodhi Garden (2004), Far Fetched Love (2016), Twist of Fate (2019) & From Lahore to New Delhi(2021).

This engrossing murder mystery will have you racing through the pages and completing it just as fast as the murder was solved!

Grab your copy of A Murder on Loan by Pramod Grover in print and e-book format at the Notion Press Bookstore and amongst leading e-commerce portals such as Amazon and Flipkart.