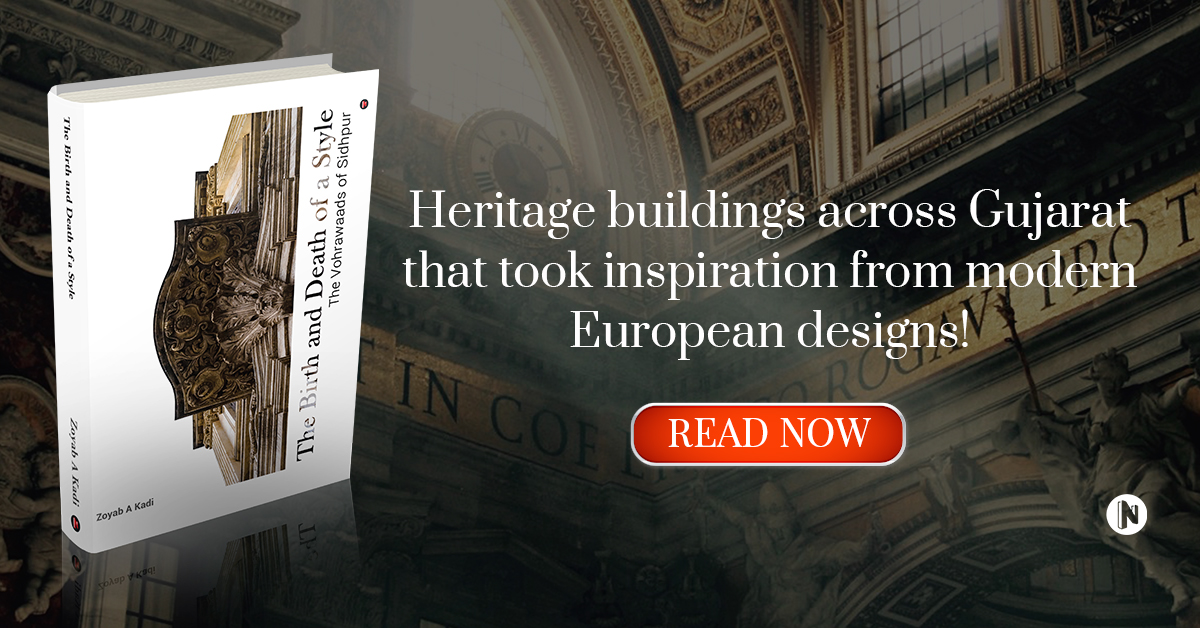 Art involves creativity, but art also involves inspiration and improvement. We cannot live or exist in the artistic realm or indeed any other field if we do not look at improvisation. Notion Press, India’s leading self-publishing platform, presents The Birth and Death of a Style by Zoyab A. Kadi. This book is about the heritage houses of the Dawoodi Bohra Community at Najampura and how the local craftsman took inspiration from contemporary European architecture and how European architecture contributed to the launch of a unique vernacular language.

Over the last several decades, the Dawoodi Bohra Family heritage houses at Najampura in Sidhpur, Gujarat, have been the subject of many academic studies and documentation. It is evident from the architecture of at least half-a-dozen buildings that at the beginning of the twentieth century, their architects were acquainted with the latest European architectural trends.

His articles on the subject in various architectural and cultural magazines in India, his talks at various forums and his photo exhibitions at DakshinaChitra, Chennai and elsewhere have raised considerable interest in the region among academic and tourist groups.

A retired Dean and Advisor of a private architecture college under Anna University, Chennai, he is currently a visiting faculty at a few architecture colleges in the city. In 2017, he received a UNESCO-Sahapedia Fellowship to document the cultural and architectural heritage of Sidhpur. Along with son Tahaer, their initiative ‘Madras Inherited’ has taken up the mantle of tracing the history of various localities of Chennai through popular heritage walks.