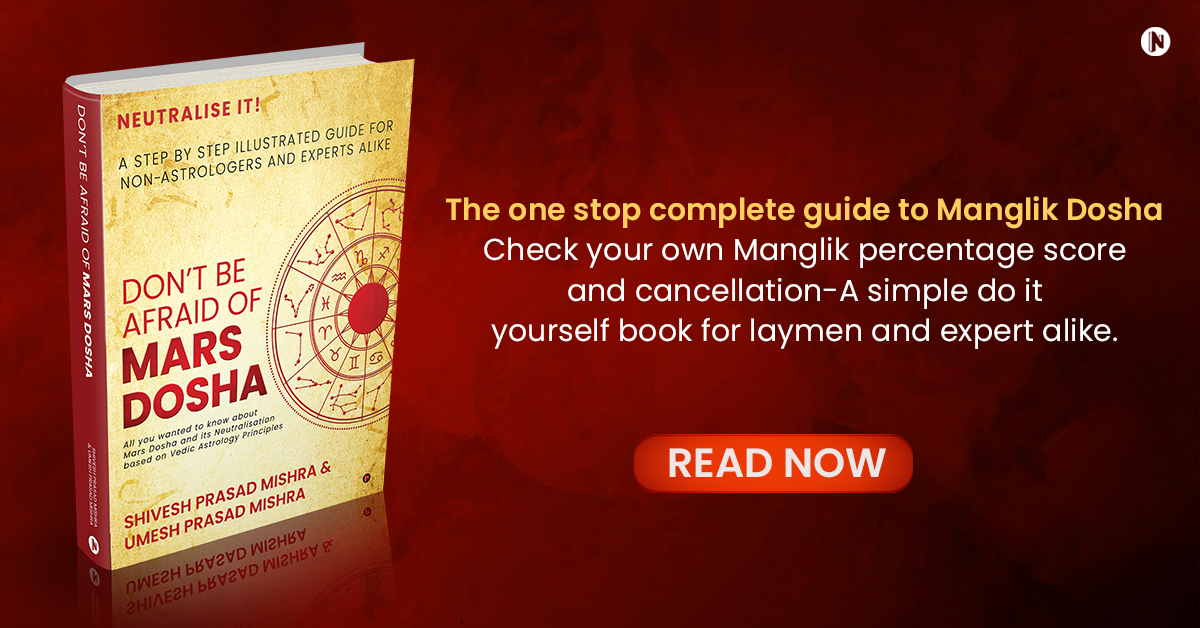 Notion Press’ Latest is a Compendium on Mars Dosha

Are you someone who has been trying to get married for some time now? Do the alignments of your planets leave you exasperated? Or are you simply an astrology enthusiast hoping to widen your horizons and understand the intricacies of Mars Dosha?

Hinduism is brimming with intriguing texts that are a powerhouse of information on Astrology, a science of the quantum world. Amongst this is Mars Dosha, also known as Manglik Dosha. A person born under some specific bad influence of Mars as per Hindu astrology is said to have mangal dosha, such a person is called a Mangalik.

As a compendium on Mars Dosha, this book tells you everything you want to know about Mars Dosha and its Neutralisation based on Vedic Astrology Principles. The novelty lies in giving a simple percentage of score to assess the degree of dosha present or measure of its neutralization. The authors have strived to list out nearly all cases that constitute a Mars dosha and have listed out combinations that neutralize or cancel out this Dosha.

This is a do-it-yourself book – a simple pictorial representation rather than a verbose treatise on Mars affliction. The book is a comprehensive yet simple read, the authors have attempted to allay the fear that tags along with Manglik dosha considering the multiple rules of cancellation and neutralization.

The book is the right fit for anyone who wants to understand the functioning of mars dosha, who is on the lookout for information on the subject from experts and any student, researcher, or enthusiast of Astrology.

Mr. U.P.Mishra has been a student of astrology and a practicing astrologer for nearly 40 years. He served the Indian Railways with distinction for about 4 decades in various capacities and retired in the year 2002. He runs a very successful YouTube channel and regularly appears on television on the Jamshedpur network ‘Inside Jharkhand’, in India.

Shivesh Mishra started learning astrology from his father and guru, Mr. U P Mishra, as a teenager. He holds a degree in mechanical engineering from BIT Mesra and is an MBA in Finance from IIM Bangalore and has held senior positions with MNCs. He has been assisting his father U P Mishra with astrological research and in consultations for over 25 years now.

Don’t Be Afraid Of Mars Dosha is now available on all major eCommerce platforms including Amazon, Flipkart, and the Notion Press online store. Grab your copy now!