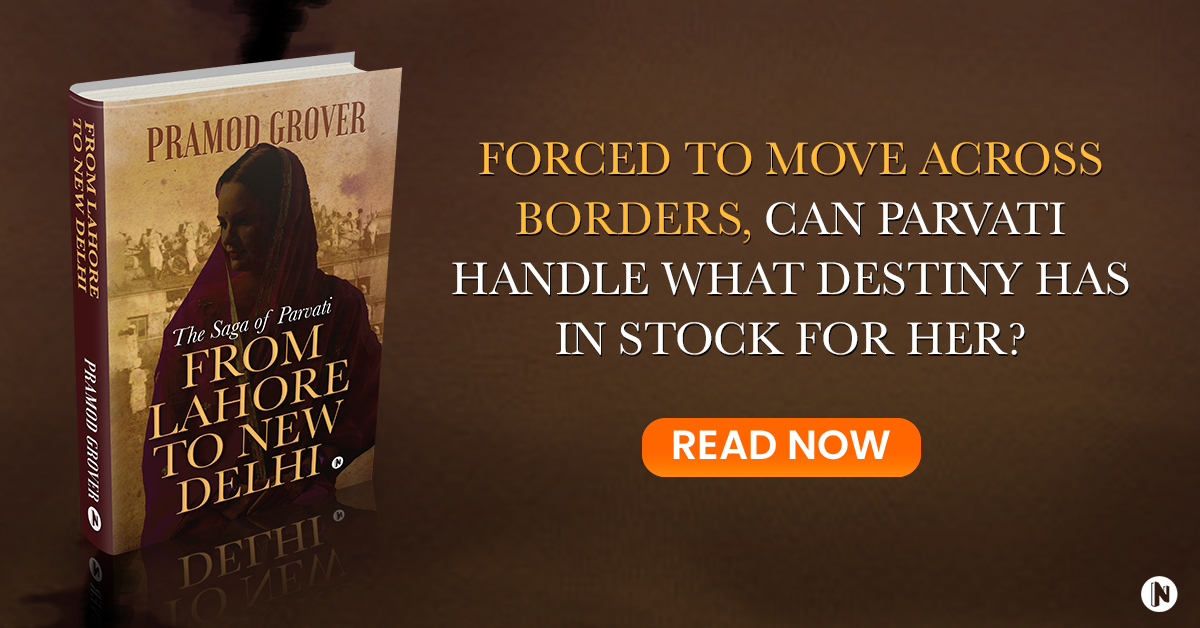 A white line called the zero line, a no man’s land divides India and Pakistan at the Wagah border. The divide, as much as a chasm caused by unfortunate history, continues to separate families, culture, and identity. For some, the partition came as a hapless displacement and for some, it led to self-realization and actualization. Notion Press, India’s leading self-publishing platform presents- From Lahore To New Delhi by Pramod Grover, the Saga of Parvati, a young woman whose life turned upside down at the wake of the Indian Partition.

From Lahore to New Delhi follows the journey of Parvati, an 80-year-old on the verge of severe dementia who narrates the story of her past to her daughter and son-in-law before she would forget it all.

As a young pretty girl in pre-partition Lahore, Parvati was destined to be married to the very wealthy Gulzari. Known for all his riches, Gulzari was already a husband and a father but with Parvati, it was love at first sight. When the Partition strikes, amidst erupting violence and bloodshed, Parvati and Gulzari flee to New Delhi in hopes of sustaining and rebuilding. But what is anticipated to be a new beginning turns to be the crumbling of a marriage and a well-versed aristocratic lifestyle.
This is an engrossing and thought-provoking tale of a husband whose life turned upside down and a woman who strived to keep up with his ways. Highlighting the trauma inflicted by the partition and the struggles and hardships that Dementia brings along, this story has an important message for all.

Pramod Grover has been the former Vice Chairman of the Delhi Public School Society and played a pivotal role as treasurer and the Chairperson of a number of Delhi Public Schools across India and the Middle East for over 30 years. A Chartered Accountant by profession, his schooling is from Doon School, Dehradun and he had joined St. Stephens College, Delhi before he went to the Institute of Chartered Accountants in England and Wales to professionally qualify from there. Presently he is a fellow member of both this as well as the institute in India.

His professional journey was marked with success as he served in senior managerial positions in India and abroad including his tenure as the President of the UK Chartered Accountants Association of India. He is now a partner in one of the largest firms of Chartered Accountants of India. He is not just a wiz with numbers and accounts but with words too, him being the son of an Urdu poetess, Kanta Grover. His passion for literary reading and telling fascinating tales prompted him to write several interesting novels like ‘The Gunshots in Lodi Garden’ (2004), Far Fetched Love (2016), Twist of Fate (2019), and now this one inspired by one family he knew in his social circles.

From Lahore To New Delhi by Pramod Grover is now available across all e-commerce platforms including Amazon, Flipkart, and the Notion Press online store. Grab your copy now!