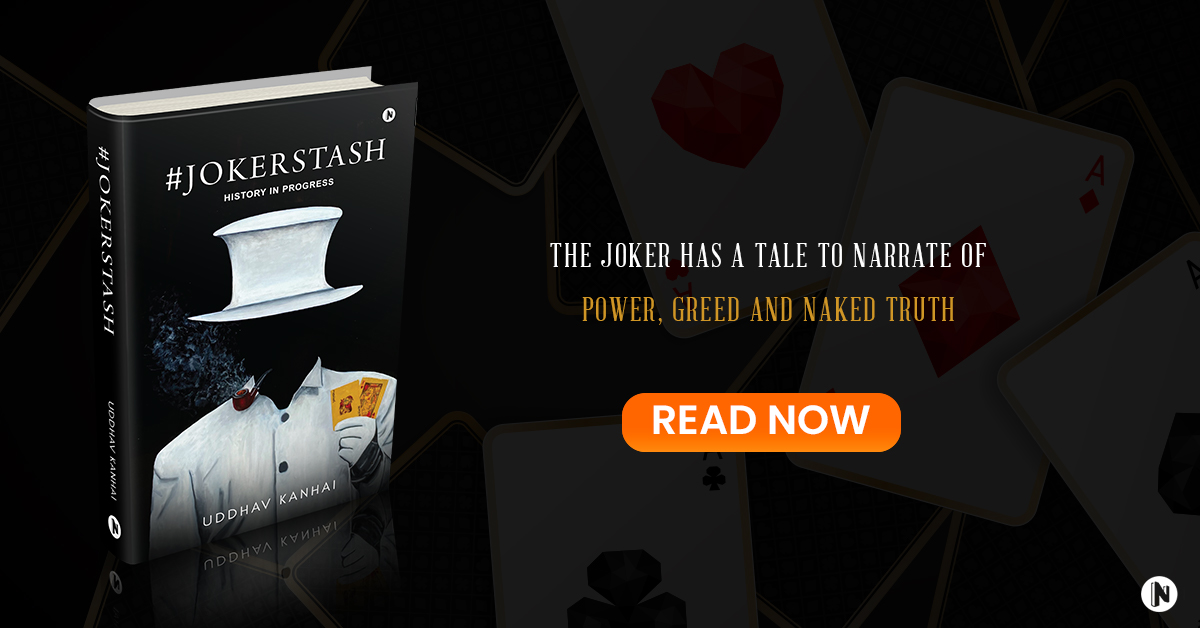 Notion Press Presents A Book on the Dystopian World – #Jokerstash

We no longer live in a world where politics is a game of few, it is a game of secrecy and dealings which involves the most powerful elite in the society. A game that requires you to be aware of every step you take, a deadly web of lies, secrets, and ugly power play. Do common people suffer the fate destined by a few power-hungry men or do they do something about it?

Notion Press, India’s leading self-publishing platform, presents #Jokerstash by Uddhav Kanhai. The story follows multiple characters entwined in the suspenseful plot, the protagonist is an anarchist hacker named Joker who decides to take on the billion-dollar influencer industry in a spate of revenge and vengeance. He plans to conquer and destroy everything and would stop at nothing. One of his targets is the Prime Minister, who is ready to go to any extent to keep his power. Although everything seems to be working as per the plan and the Prime Minister starts following the Joker on social media, the Joker has just begun.

The Joker’s elaborate plan however does not foresee the coming of two essential characters in the plot storyline. One is Taarush, an ethical hacker who has access to the dark web and has the aim to destroy Joker’s plan. The other is Maira, who is the Prime Minister’s wife and the director of SWAT. Amongst, the fast-paced storyline, each of the central characters finds themselves battling emotions and circumstances that sometimes threaten to overwhelm them, and secrets that they have buried so deep in their subconscious.

The author takes you on a ride, where each page keeps you hooked on with anticipation as you see each character plan their next move. Just, as you seem to understand the plan so cleverly laid out by Joker, the author brings the climax of stunning proportions to connect all the dots in the story. A gripping story, an enticing plotline, and fascinating characters await you in this read. A book for all readers who prefer a packed thriller.

A creative soul, born with a penchant for writing, the author Uddhav Kanhai was born in the land of the divine, Vrindavan. He gets his creative flair from his grandfather Kanhai Chitrakar, who was awarded the Padmashree for his contribution to art, and his father,

Govind Kanhai, a renowned artist with several accolades. Uddhav, Uddhav currently works as a writer in the Indian Film Industry and is developing a few web series projects. He did his diploma in screenwriting from Actor’s prepares and as, a true writer, he has dabbled in open mic poetry, lyrics writing workshops.