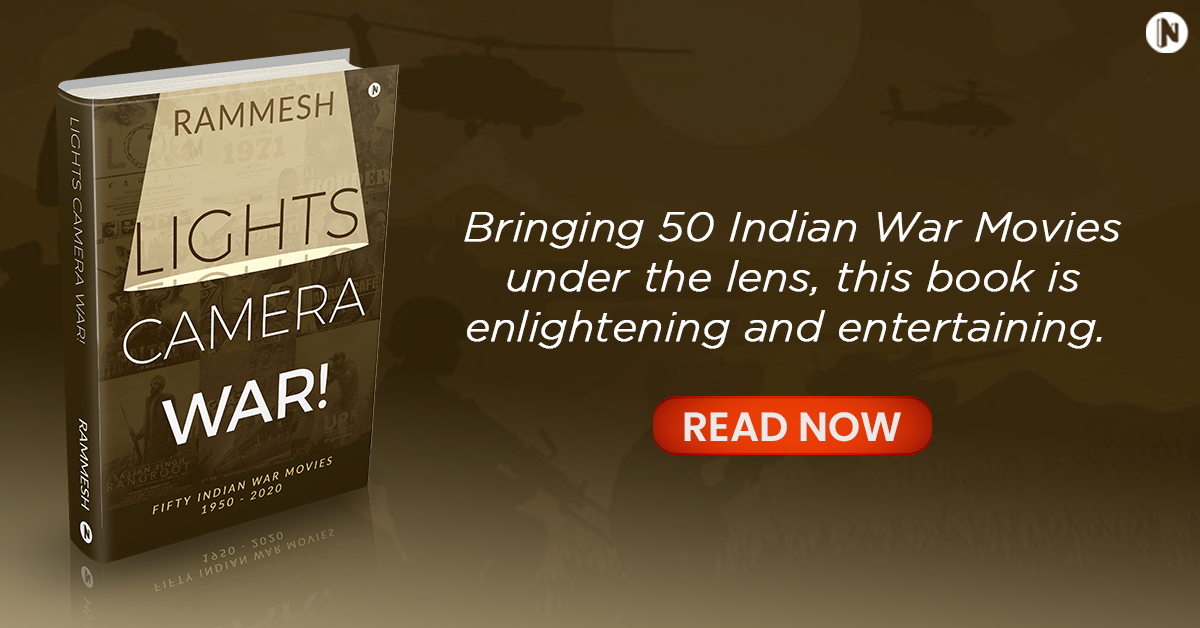 From Samadhi in 1950 to Gunjan Saxena in 2020, Indian war movies always have the knack of catching public attention. But do they all provide an unbiased, balanced outlook towards reality? Notion Press, India’s leading self-publishing platform presents Lights Camera War! by K V Ramesh.

The book analyses 50 Indian war movies through the time period of 70 years. The book aims to find out whether the emphasis and leaning are towards history or entertainment or somewhere in between. Several films that have failed to do well in the box office have turned out to be critically well made, similarly, there are several war movies that have made it big in the box office and yet have failed to be well acclaimed by critics.  The book looks at various factors that go behind the making of movies such as the narrative, historical background, costumes, music, characterization, equipment, and other elements used in order to find out if the depiction of the Armed Forces in films is realistic or a subject of filmy imagination. The movies examined in the book are from various Indian languages.

Author KV Ramesh or KV as he is known to his friends is a Marketing Professional with more than thirty years of experience in the medical equipment industry. He is currently working for a multinational, as a Business Manager with responsibility for India and Indian Peninsula countries. He is also the head of the Training Academy in the company and conducts in-house and external training on his area of expertise which is ICU ventilators. He is a voracious reader of military history which is what inspired him to write this book as this is a subject close to his heart.  His interests are Music, Movies and Military History. This is his second nonfiction book after Human Cinema. He lives in Mumbai with his wife.

Lights Camera War! by KV Ramesh is now available on Amazon, Flipkart, and on the Notion Press online store. Grab your copy now!