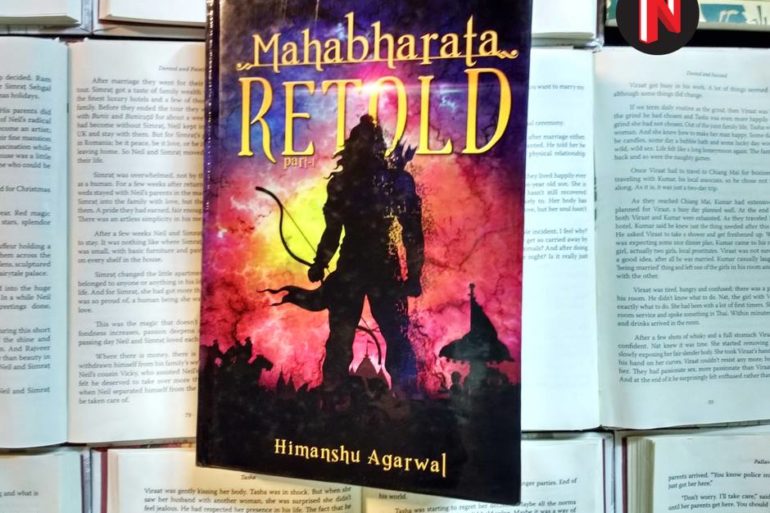 NP Recommends: Why you will love “Mahabharata Retold.” 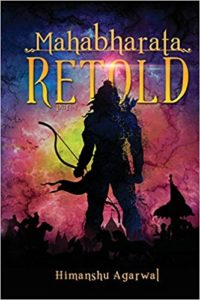 Mahabharata Retold is the first part of a series of books that dwells into our past and traces the link between the first man and the lineage of Mahabharata. Like everyone else in this era, the author, Himanshu Agarwal, an engineering graduate is caught up with a busy life. But questions about Vedas and Upanishads have always caught his attention. As a kid, he never understood why elders who were educated, followed rituals mentioned in the Vedas while science discredited them as mere stories. As he grew older, he turned his attention to our Holy books in an attempt to find answers for his ever increasing tally of questions. What he came across left him surprised. Not only did these books answer his questions, but they also gave him a whole new outlook towards life.

Man has been advancing through a plethora of discoveries that have led to a tremendous transition in culture, education and perception of thoughts. The author is trying to dig deep and find out the actual series of events that took place leading to what is regarded as one of the most epic wars ever – the Mahabharata, and make people aware of what they have been missing. Read part one, Mahabharata Retold, for a treasure house of ancient tales, with a distinctive touch of reason and reality in them!

Krishna smiled and said, “Mighty brawn is no match for a nimble brain. Let us go to his city, disguised as priests. In keeping with the laws of hospitality, he will offer us anything we desire. We shall ask him for a duel, a hand-to-hand combat to the death. You will get his well-trained army and you will establish your supremacy. So, you will kill two birds with one stone.”

Mahabharata Retold is not a book that retells the story of Mahabharat, which is done countless number of times. This is an attempt by the author to enlighten the readers about what actually happened and lead to the events before and after the war. The facts of our past are distorted and changed on purpose with several iterations and theories coming into play. The author is trying to depict facts from the past, to paint a clear picture of what might have happened. And most importantly, the Mahabharata is incomplete without the role of Lord Krishna. The book also portrays the life of Lord Krishna and describes his role in the Mahabharata war in depth.

You are a fan of Sanskrit epics about ancient India. Hindu mythology, Vedas, Sangam literature, etc fascinate you. Books like The palace of illusions by Chitra Banerjee, Jaya: An Illustrated Retelling of the Mahabharata by Devdutt Pattanaik and movies like the upcoming Mahabharata, and older movies like Kalyug, Karnan, Amba Ambika Ambalika are movies which are either based on or inspired by the Mahabharata.

You can find this book on Amazon or our Store.