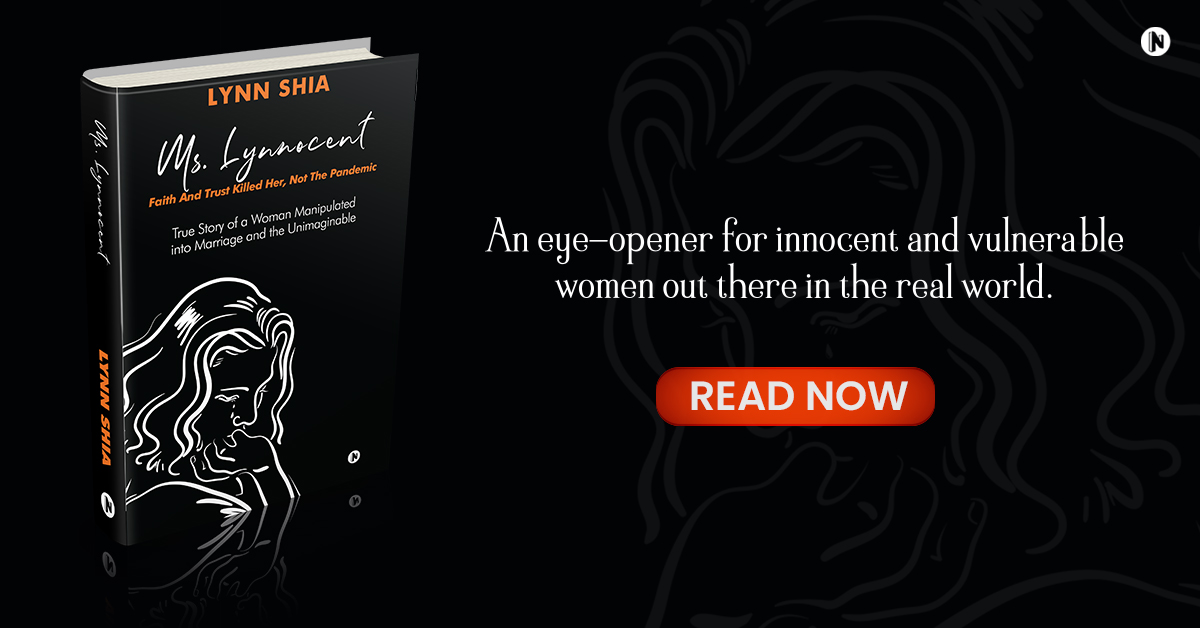 “Her strength comes from being tested by life’s unpredictability”
– Matt Lauer.
Domestic violence is an unforgivable crime, let alone a heinous one. It not only cripples the victim in ways indescribable but also our society as a whole. Irrespective of one’s culture, ethnicity, and socio-economic backgrounds, and spread out across various timelines and time zones, domestic violence and abusive marriages largely comprise sexual, psychological, and/or physical violence. Given how this horrific global phenomenon is still relevant in today’s world, the awareness to resist the same is rather faint.

Notion Press, India’s leading self-publishing platform, presents Ms Lynnocent by Lynn Shia, the real-life story of an innocent woman and mother, who was manipulated into marriage and the unimaginable. Ms Lynnocent portrays the author’s life in vivid reality. Starting from her early childhood, the book unravels the narrative of her hardships in different phases of her life in chronological order. It focuses on the difficulties that she had to face during her married life and after, up until today.

The initial chapters of Ms Lynnocent explain how a child becomes desperate due to the parent’s attitude. On the other hand, the book’s central chapters focus on the trauma of bad marriages and how it affects one’s mental and physical state. Moreover, it depicts the real fight a mother has to put up to win her child back from her manipulative ex-husband, who is even capable of ruthlessly selling her son for his own selfish motives.

Ms Lynnocent describes the fate of women who are victims of desperation, naiveness and innocence owing to several reasons and circumstances such as family and society. The book hopes to create awareness, awakening and alertness for women who are vulnerable to being manipulated by cruel people, for those who cannot get back up on their feet due to fear of failure and judgement, and for those who continuously endure the most hardships in an abusive marriage only for their little ones.

Author Lynn Shia is a mother of three daughters from her first marriage. After her damaging divorce, she fell prey to a scammer and married him out of her desperation to find a better man. For the next 11 years, she suffered a life of unbearable misery and trauma. Shia decided to write her story and her experiences explaining the psychological effects of her childhood and those of the first marriage that led to her to 11 long, miserable years of an abusive, manipulative marriage.

Now 53, Shia works as a porter in a hospital and prays that her life story, Ms Lynnocent, would be an eye-opener to all the vulnerable and desperate women out there who longingly hopes and strives to quickly rebound from an abrupt end to their previous relationship or marriage. Currently, Lynn Shia is trying to win the custody of her 4-year-old from her ex-husband. Grab your copy of Ms Lynnocent by Lynn Shia in print and e-book format at the Notion Press Bookstore, and amongst leading e-commerce portals such as Amazon and Flipkart.