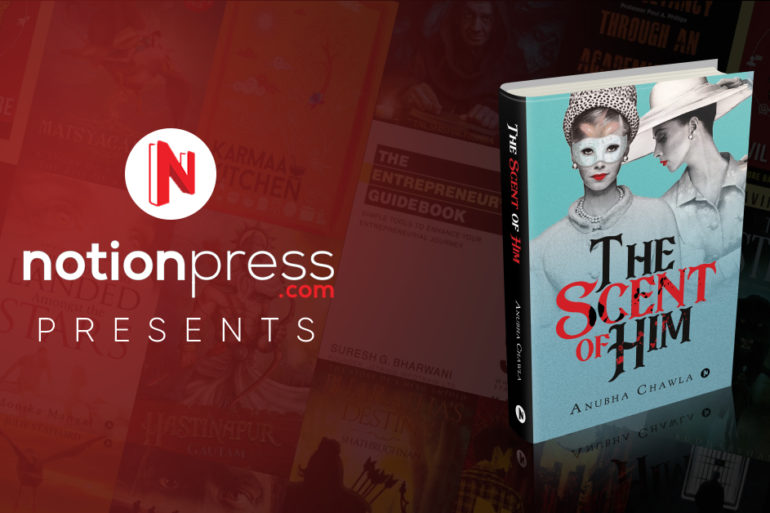 Notion Press’ Latest Thriller Leaving you Breathless – The Scent of Him

There is something to be said for a nice juicy crime-thriller that leaves you exhilarated with the dexterity of the plot, the shiver of thrill creeping up your spine, and the immensely pleasurable climax. Notion Press, India’s leading self-publishing platform, presents The Scent of Him by Anubha Chawla. A book where six men face the metaphorical guillotine for the murder of one woman unless the true criminal can be discovered.

Anna Bexter, a young talented woman and Roselina Frank, a thief come together to get down to the bottom of the crime. After all, it is not just the reputation of Rock Island that is at stake but also six men who are facing the death sentence. Like many crime stories, the clues are far and few in between, yet the race against time to solve the crime mounts with each passing hour.

Perhaps the most pressing question is the motive that one would have to murder a high-profile women. Additionally, are the six men really as innocent as they claim or is there something far more sinister lurking just below the waves of uncertainty. This is not just a tale of murder, this is a tale of friendship, a tale of love, a tale of lust and a tale of hate as well.

Anubha Chawla is a teacher who has been involved in the education sector for seventeen years. She has been a keen learner of foreign languages and can communicate in English, Hindi, Spanish, French and German. She has been an enthusiastic reader since her childhood days and believes this inspired to start writing. She currently resides in South Delhi with her parents.