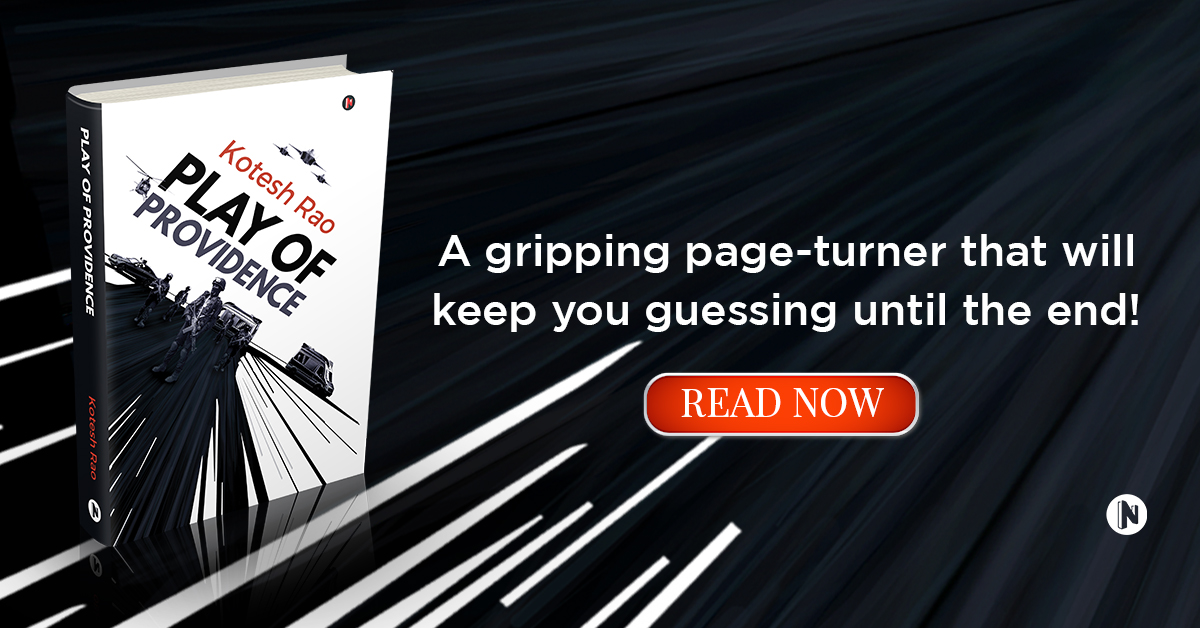 The best things in life happen unexpectedly. Unfortunately, the same goes for the worst and the most life-altering instances as well. Govind woke up one morning only to find out that his conventional life would never be the same again. Notion Press, India’s leading self-publishing platform, presents Play of Providence, an engaging narrative woven with intriguing characters, whose lives fate chooses to intertwine, by author Kotesh Rao.

Play of Providence starts by offering an insight into the monotonous yet pleasant life of Govind Chowdary surrounded by the strong scent of filter coffees and waking up to his grandfather puffing away on a pipe and scanning the daily newspaper. It isn’t long after that he loses his primary caretaker in a vicious attack perpetrated by an unknown nemesis. This is the point in the story where the protagonist’s life takes a quick turn into a dark alley filled with unexpected twists and turns. The book progresses into vividly portraying the way Govind is hastily pushed outside of his comfort zone, away from everything he was too familiar with all his life, with only one motive, to survive. However, Govind realizes that he has been prepared for such drastic instances without being informed of what it truly was; he was blinded but equipped to tackle the worst.

As we flip past a few pages of Play of Providence, Govind finds himself moving at breakneck speed through a narrative that compels you to devour the book in one sitting. On the way, he rekindles lost relationships with Ramu Chacha, Shanti, and his Godfather who he was completely unaware of up until then; after all, he wasn’t alone. The book puts Govind in a situation to negotiate his way through what seems to be an enormous weft of controversial occurrences that traces right back to his traumatic past that involved his parents’ demise. The plot thickens when Govind is involved with RAW, Mossad and the Pakistani Intelligence all the while sitting duck for someone who wants his head. Undaunted, the teenager leaps from one raft to another on the ocean of life as he ferries himself through dangerous waters.

Play of Providence author Kotesh Rao has worked with various top-notch multinational corporations and has traveled passionately and extensively. The very thought of intelligence agencies and espionage makes his heart skip a beat. This secret obsession has led to a glimmer of an idea that later progressed to take shape as the plotline for his debut literary venture, Play of Providence.

Play of Providence by Kotesh Rao is an exhilarating page-turner and will keep you guessing till the end. Grab your copy of Play of Providence in print and e-book format at the Notion Press Bookstore amongst other leading e-commerce portals such as Amazon and Flipkart.