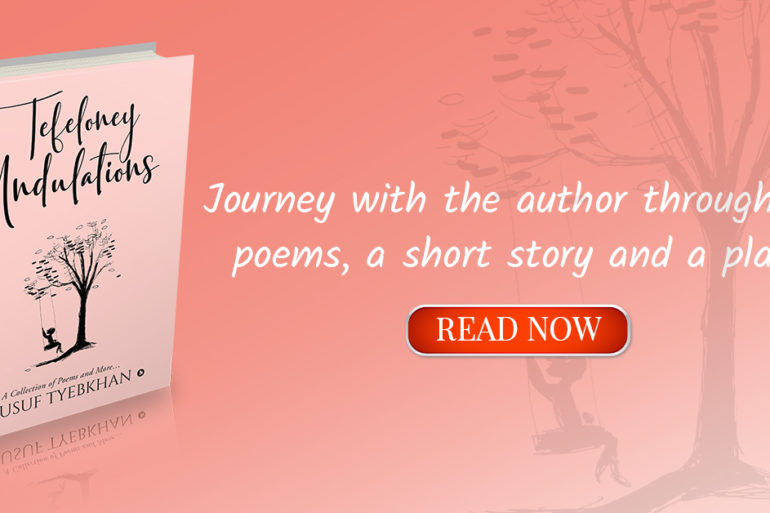 There is much to be said about the power of the written word, the power to convey your emotions, your experiences, your thoughts through words that swirl and float and come together to form something beautiful.

Notion Press, India’s leading self-publishing platform, presents Tefeloney Undulations by Yusuf Tyebkhan. This book is predominantly a collection of poems, but there is also the rare short play in it, a fair number of quotes and even a story.

This book is a journey with the author, a journey into the deep recess of his mind. A kaleidoscopic view of every wandering thought that flits across his mind, The inked words are powerful, it resonates deep within you, it is intense in its thoughts, its portrayal of emotions and indeed may even cause one to experience whiplash from the intensity.

Yusuf Tyebkhan was born in Surat India in 1947. In 1949 his father moved with him and his family to Hong Kong where he lived for 44 years up to 1993. During this time he went to the USA to study from 1967 to 1972. At first, he studied engineering. But he later changed his field of study to business administration, anthropology and children’s literature. In 1993 he moved to Cairo, Egypt.

Yusuf Tyebkhan and his wife Jamilla have five children and seven grandchildren. He wrote his first poem in 1967, which was 52 years ago. His latest poem was written in September 2019. As a poet, the power of creative writing is still very strong in him. Tefeloney Undulations is a compilation of his creations. He hopes to write much more and publish more.

The book is available in print and e-book format at the Notion Press bookstore and several other e-commerce portals including Amazon and Flipkart.  It is also available at bookstores across India.