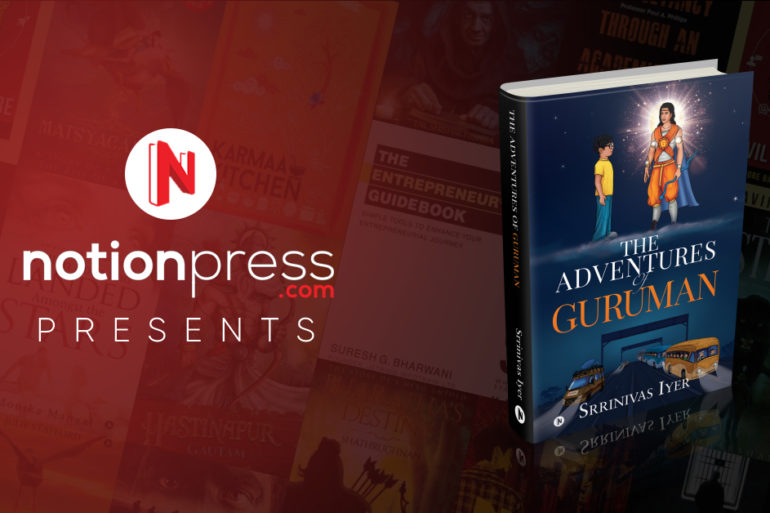 Notion Press, India’s fastest growing self-publishing company, has partnered with Srinivas to publish his work, The Adventures of Guruman.

A resident of Vashi, Navi Mumbai, Srrinivas has done his Bachelor of Engineering from Fr. Conceicao Rodrigues College of Engineering, Mumbai. He enjoys writing—be it mainstream journalism or creative writing—besides being a professional Tarot Card reader. His hobbies include freelance writing, yoga, astrology and travelling. He has also been writing a monthly column for one of India’s leading inflight magazines for over a decade now. He has published hundreds of articles and interviews in the Times of India supplements as a freelance writer, which has been widely appreciated by all. He has won several awards such as the Samaj Bhushan Award, Nagrik Seva Samiti Award and Order of Merit from the Sheriff of Mumbai for his contributions to the society, which has touched the hearts of hundreds of people.

“Ascending from the darkness and shining against the background of Moon, you seem like a Guru to me, who holds the Sun and the moon.”

Guruman, a celestial being from Planet Jupiter comes to Earth in this adventure series to fight against evil Ardrupa along with Gajaman, Nagalini, Mahavega, Dev, Mallika, and Police Commissioner Aruna. He uses Vajrapat, a divine strength of his, born out of the power of the Sun and the Moon, adorned on his right and left shoulders. In this adventure, Ardrupa makes a part of the expressway disappear with his evil powers along with five school buses carrying young children. Learn more about how Guruman and this team save the day and stop Ardrupa from his evil motives.

This book introduces a unique concept of Creality©, a combination of Creativity and Reality. Though it is a work of fiction, some of the places and characters are a combination of creativity and reality, purely with the intention of entertaining the readers. In the future, we encourage children to send in their stories and ideas along with their names and place of residence, which the author will weave into the main flow of The Adventures of Guruman and his team.

Srrinivas enjoys letter writing, thanks to his pen friend Sofia Despotidou from Greece since 1984. He continues to write letters to heads of State & Central government authorities and political leaders suggesting ideas to make a difference to mankind.

He supports Aruna, in her pursuit to teach young children through ‘Guruman’ test series and educational material, which is a soon to be launched print-on-demand school for value education, with an aim to ‘awaken the Guru in every man’.

The book is available now on e-commerce sites like Amazon, Flipkart, NotionPress.com, etc.