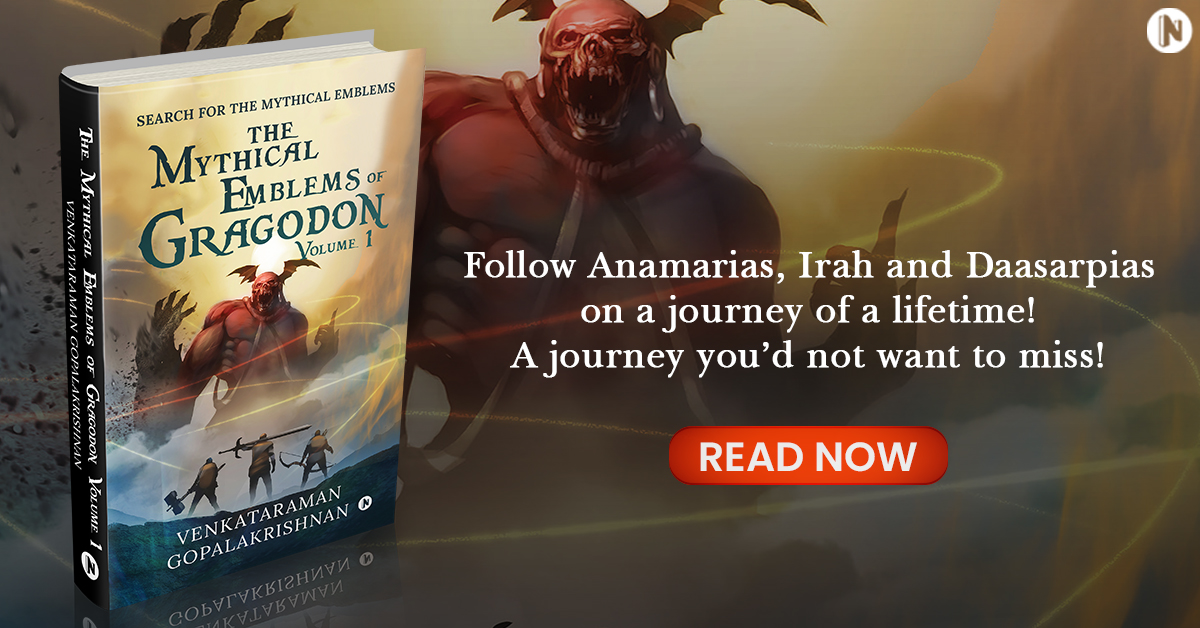 An enthralling story of young princes on a mission amongst sorcerers,  magic, and adventure are some of the elements that keep this genre of fantasy fiction fresh and a fun ride to pick up anytime. The Mythical Emblems of Gragodon by Venkataraman  Gopalakrishnan under Notion Press, India’s leading self-publishing platform, is a fine example where mind-bending phenomena are seamlessly integrated into an enticing plotline in a vividly imagined infinite world.

The young and promising princes, Anamaria, Irah, and Daasarpias, are on a mission. A mission that fate has landed in their lives. A story embedded with sorceries and mysteries, the book is a  fresh read amongst the fiction pieces that you truly cherish.

The narrative is set in a mythical and fast-paced backdrop, The Mythical Emblems of Gragodon depicts the extraordinary journey of three young daredevils who will stop at nothing to rescue their kingdoms from the evil forces that threaten to destroy everything. The aim of the three princes is to search and regain the lost Emblems of Gragodon. These emblems are secret treasures secured far away from the realms, as they possess powers of enormous might and their misuse may bring wrath upon the greatest of great kingdoms. The author takes the reader on a magical journey with a captivating plot, enthralling characters, and a promise to leave you wanting for more!

The story is interspersed with vivid imagery that transports the reader to these magical kingdoms. The unexpected turns at every page, keep you hooked on to the very end. Embark upon a journey, where you find mythical creatures, enemies, and magic. As you inch closer towards the end, each step seems to take a deadly turn.

If you are a true fantasy fiction lover, the author takes you on a rollercoaster ride with his magical writing. The mythical Emblems of Gragodon will open your eyes to a world of lessons on courage, love, loyalty, and perseverance in this tightly woven fantasy novel.

As the youngest child, Gopal was introduced into the captivating realm of books by his late father, Subramania Venkataram Aiyer. As an avid reader, Gopal dreams to weave magic through his words in the subsequent books that he is planning to the author. His debut novel, The Mythical Emblems of Gragodon comes in a series of 6 volumes which he  has dedicatedly invested in, the last eleven years of his life

The author resides in Singapore with his wife and three children.