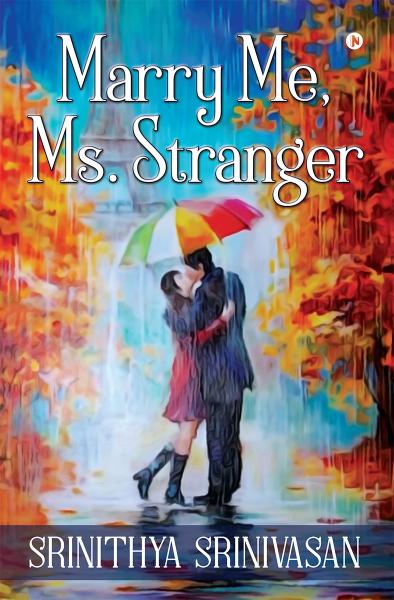 “Meeting someone and marrying them are two vastly different things,” I said to him quietly, crossing my arms, “What exactly is your plan?”

“I’m planning to get married. To you!” He said, looking straight into my eyes.

“That was selective hearing on your part, sir.” I said, “I won’t marry you.”

His jaw gritted so hard I thought his teeth might shatter. His voice came out in a growl. “Why are you trying so hard not to like me? It’s a pretty good deal.”

“It’s a crappy deal wrapped up in stupidity. I would rather have all my teeth pulled out using pliers without anesthesia than marry a stranger,” I replied.

“There is no going back, Ms. Iyengar. The sooner you accept it’s better for everyone,” He snapped back, his voice cutting.

“You will accept. You will say ‘Yes’ to this marriage.” He enunciated each word slowly as if he was biting them off with his teeth.

Who is this stranger who wants to marry Janani? Will she say yes or no? Or will she finally take control of her life, or is there something much larger at play here? So many questions jam together in her brain; Janani didn’t know which to ask first. But she had to make a decision, quick.

Srinithya Srinivasan is passionate about writing. She started it about six years ago. She has an incredible love for coffee, music, ice cream, books, and movies. She loves kind, compassionate people and if you’re looking for her, she is probably home, or at a book store, or on a long drive. Travelling is her fuel. She believes amazing things are waiting to be discovered. She has always loved the ocean, but on her first snorkeling trip, she found she was afraid of the coral reef. She has since swum with sea lions, sharks, and fishes.

When she is not writing, she enjoys spending time with her husband, mother, her six-year-old niece, reading, and having Netflix marathons!

If life has taught her anything, it’s to never give up on a dream.

She can be found on LinkedIn, Facebook, and Instagram. She would love to hear from you. Stop by and say hello!