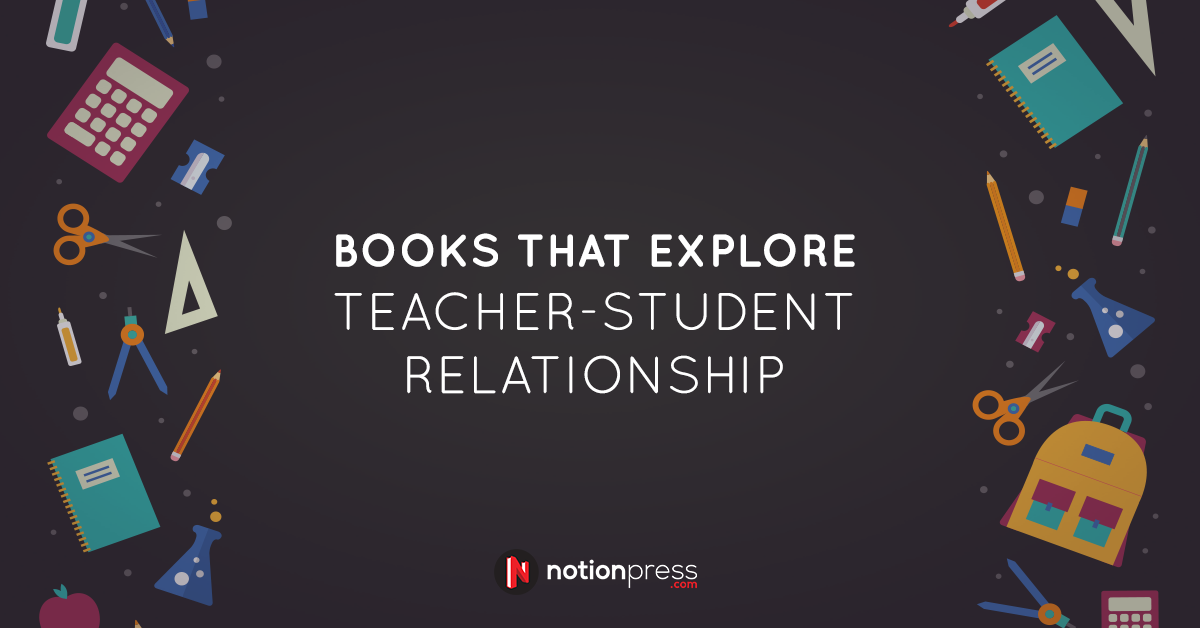 School days are truly unforgettable. The friends we make, the interesting subjects we learn, the fun, the mischief, and, of course, the teachers stir up nostalgia. We’ve all had that one teacher who livened up the classroom and made learning both fun and knowledgeable, while playing role model, mentor and guide.Books,our best teachers, have a lot to teach about teachers. Let’s take a look at some classic books that explore teacher-student relationships.

Unpopular during initial release, The Catcher in the Rye went on to become a favorite among teachers as a classroom read. The book’s themes were considered too strong and far-fetched when it released to the public in 1951, but gained popularity among the youth as generations passed and counterculture movements began to rise.

Holden Caulfield is a teenager who studies at a private boarding school in Pennsylvania. After quite a rough year, during which his troublesome nature leads to many of his teachers raising complaints, Holden decides to drop out prior to his date of expulsion from the school premises. The book, told in Holden’s perspective, details the events that occur during and prior to his journey outside the school.

His casual demeanor, interactions with peers and disastrously comical encounters with his teachers are so well-written that you’ll find it hard to put down the book.

Considered as one of the most powerfully written novels, The Fountainhead has gained accolades for its characterization and dialogue. Being 1,000 pages long, the book might not fit your daily reading schedule at school, but will make for a fun topic of discussion during school trips.

Howard Roark is expelled from architecture school after refusing to abide by the school’s preferences of classic and orthodox architecture design. He moves on to forge a partnership with Henry Cameron, a disgraced architect whom Howard admires. On Cameron’s retirement, Howard is forced to try his hand at starting a business but fails due to lack of maintaining a decent clientele. The story goes on to detail the various obstacles Howard encounters during his search and strong desires to make his mark in the world.

The friends and foes he makes along the way, and his ability to strike engaging and witty arguments with his peers make this book a must-read for those interested in complex literature.

A well-written semi-autobiography, Dangerous Friend deals with the complex social bond between teacher and student.

Taken from the author’s own experiences at a Buddhist sanctuary, the book explores how the teacher-student bond forms and gradually strengthens over time. The author talks directly to the reader, telling how various aspects of life, from both teacher’s and student’s perspective, can affect that bond. The book borrows the values of Tibetan Buddhism, which states, If one wants to achieve anything in life, one must have complete faith in his/her teacher. It also highlights the responsibilities of a teacher to impart knowledge to students as well as the student’s responsibility to carry on the teacher’s legacy and the lineage of teachings.

If you’re looking for a deep, psychologically-driven narrative on teacher-student relationships, this book will be a good one to read.

A memoir that recounts her life as a teacher, Elizabeth Blake’s novel exemplifies how far a teacher would go to make sure her students are given the best of what they deserve.

In her memoir, Ms. Blake explains how she had to tackle various challenges while teaching in three different schools. She was saddened to discover that a majority of her students were addicted to various vices and were even listed as adolescent lawbreakers. She took it upon herself to change the lives of her students for the better, all the while fighting against the broken schooling systems and disinterested faculty.

Elizabeth Blake’s story is great read that is filled with positive energy, motivational speeches and inspiring thoughts, perfect for any teacher who believes in working with passion.

A highly popular novel that deals with the emotional bonds that form over time between teacher and student, James Hamilton’s masterpiece was made and remade into movies four times and ran on TV as a BBC mini-series.

Mr. Arthur Chipping takes up a teacher’s post in a fictional boarding school for boys. Given his rather poor academic record, he finds it hard to adapt to convention all teaching methods, often getting confused and nervous as he steps into the classroom. He is afraid to interact with his students, fearing getting shamed and mocked by them. Over time, things get better for him after he marries Katherine, whom he meets on a holiday. He returns to the school in an uplifted mood, teaching with confidence and a jolly attitude, despite the passing of Katherine post child-birth. This new-found persona makes Mr. Chipping a hit among the students, who lovingly call him Mr. Chips.

A good book to read if you miss all the laughterand tears you had back in the day thanks to your teacher.

The relationship between a teacher and student is not without its ups and downs. Both go through a lot of character changes as the years go by, maturing both professionally and personally. The character evolution is explored in To Sir, With Love,a top-selling novel by E.R. Braithwaite.

The novel begins with Braithwaite having a set of perceived notions about his students and adapts a teaching method that he feels is perfect for handling them. Soon, Braithwaite realizes that his perceptions are the complete opposite of what he is seeing among the students and changes his attitude to help them learn to respect themselves and become better human beings.

This book is great for just sitting back and letting the nostalgia flow in.

This story will tug atyour heartstrings, with an emotional take on the misgivings of higher education. The story is told by two narrators; a teacher and student, who are disgusted by the unruly educational standards and fight together for an improvement in the system.

John Goddard, a Vietnam War veteran, returns to California and enrolls as an English teacher. He is shocked by the way immigrant students are treated and by the general lack of care the faculty shows towards them. Tina, a Vietnamese by birth and refugee of the war, struggles to settle in the unruly environment. Sharing the same ideology, both teacher and student unite and begin to gain more support as their fight for a good cause unfolds.

A teacher’s greatest strength lies in his/her ability to bring the students together as one. Never Fade Away is a book that brings out that ability perfectly.

How do you win over a class of unruly, non-English speaking kids? LouAnne Johnson’s My Posse Don’t Do Homework answers that question in a witty, inspiring tale.

LouAnne inherits a class of hooligans, as she describes them, who are great at extra-curricular activities but show poor grades. She initially struggles to bring a learning curve but soon realizes that most of the kids come from non-English speaking backgrounds, which explains their inability to adapt. LouAnne changes her teaching methods to be more patient and approachable and makes the students feel more at home when personally meeting with their families. The story recounts many achievements as a result of this change in teaching method.

This is a book that educates as much as it entertains. Pick up the book if you are in the mood for an enjoyable, light-hearted read.

This book spills the harsh realities of teaching life and can be assumed as more of a personal rant than an inspirational piece of work.

Brenan Halping regards himself as a good teacher, one who is a cut above the rest thanks to his unique teaching methods, despite having no prior experience. But, after getting a job at a school in Boston, he faces new challenges that question his methods and go against his ideologies. Halpin has to fight the school system, with little support from peers, even though he is already a popular figure among his students.

For any teacher who struggles to strike a balance between ideals and oppressive administration, this book can be a helpful read.

Poetry with a taste of reality and nostalgia! This unique combination should keep you hooked for hours. The day-to-day life of the school staff is summed up nicely in this collection by Helena Harper.

Helena’s poetry collection explains, in chronological poetic fashion, the daily struggles of a school’s unsung heroes that include the catering and facility management staff who have to constantly be on their toes to service the rowdy bunch of schoolchildren. The teachers are at the epicenter of the poem, and Helena describes how they deal with their own challenge of managing a classroom as well as maintaining a good image of themselves.

Funny, sometimes outlandish, yet always true to the nature of any school, this poetry collection can make for a great Teacher’s Day gift.

Teachers are the ones responsible for imparting knowledge to their students, but there can arrive times when the role is reversed. One such story to explore this is Finishing School by Muriel Spark.

17-year-old Chris Wiley enrolls into a creative writing class just to give himself an excuse to write a novel. His teacher, Rowland Mahler, is disappointed with Wiley’s carelessness when it comes to attending classes. One day, Mahler discovers Wiley’s works and is surprised to see how well-written his novel is turning out to be. The story unfolds into a one-upmanship battle between Mahler and Wiley as each tries to hobble the other’s career.

The novel brings out the follies of both characters in a comedic manner, making it a good read for both teacher and student.

If this isn’t enough, have an extra dose of nostalgia with these 11 books that explore sibling relationships.