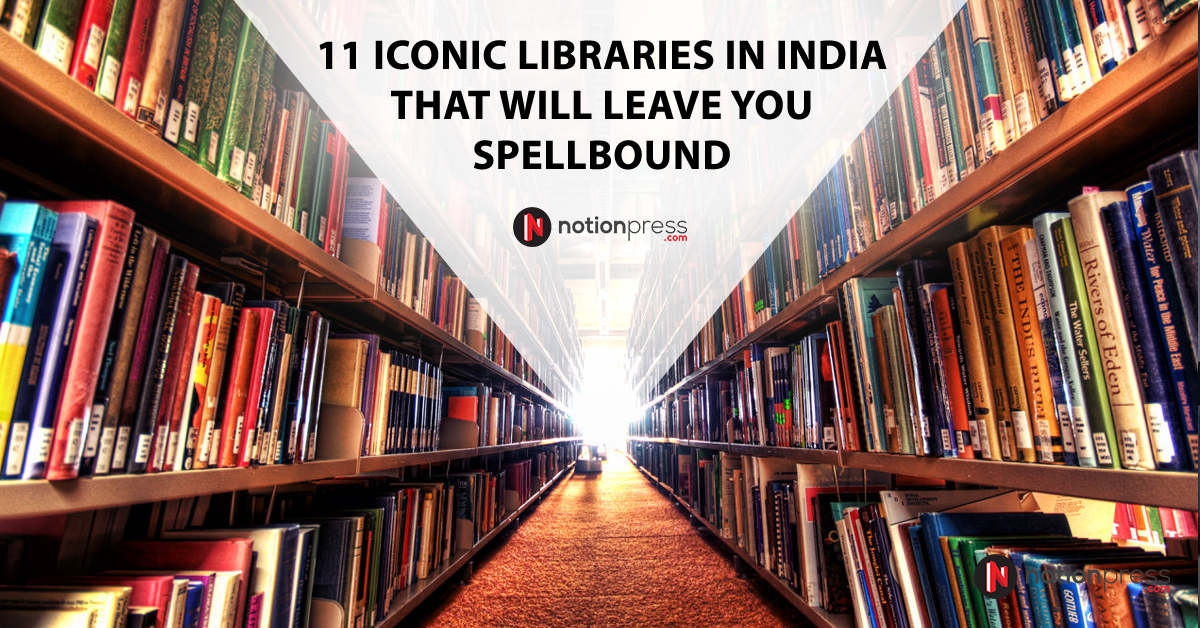 Libraries are beautiful. Apart from the knowledge and exposure they offer, the mere architecture of these structures are majestic; therefore, to bookaholics, libraries are a place of worship or even heaven. As if just being amidst thousands of books isnt enough, libraries double our joy by their silence, altruistic environment and awe-inspiring architecture. India, known for its history and heritage, has some of the best libraries in the world that do not just house piles of books across various eras but are known for their inspiring and nostalgic structure, too.From north to south and east to west, libraries in India have inspired a lot of people, even from different countries. Kindles may come, tablets may go, but the feeling of reading a book while sitting in a massive library will go on forever. Also, as a writer, libraries are the most peaceful and alluring places you can sit and write your heart out. Here is the list of 10 iconic libraries in India that will not just leave you spellbound with their magnificent structures, but will also kindle your literary thirst and quest to read as much as possible, for these libraries have thousands of well-rated books.Valentines Week List 2018

One of the most beautiful libraries in India is the Sarasvati Mahal Library that is situated in Tanjore, Tamil Nadu, India. Known to be one of the oldest libraries in Asia, this library has a rare collection of various manuscripts written palm leaves in different languages. It also houses a collection of ancient parchment papers written in Indian languages like Tamil, Hindi, Telugu, Marathi, etc. With over 60,000 volumes listed as online holdings, on the display are some of the classiest and most ancient volumes that are primarily related to history. Through prior intimation, viewing of some rare holdings can be arranged in this library. Furthermore, the history of the library is so rich that it is said that this library was used as a Royal Library by the Nayak Kings of Thanjavur for their private use during their rule between 1535 and 1675 AD. 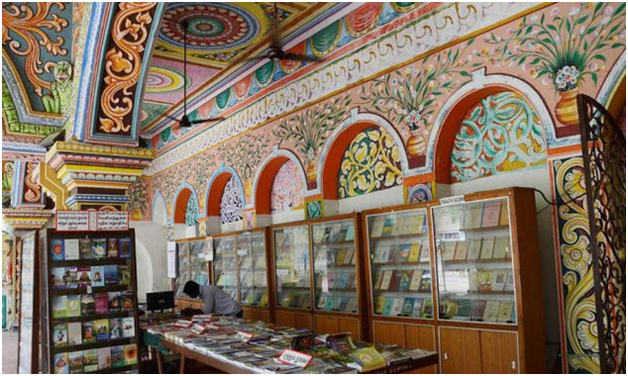 Situated in the heart of Chennai at Egmore, this library has been around for years now. Most Chennai residents have nostalgic memories attached to this library as this might have been the first library that they would have ever been to. One of the four national depository libraries, the Connemara public library not only has the most important books about our nation and history, but it also has many books ranging from children’s tales to autobiographies.

Known to be the depository library for the UN, this library has collections of centuries-old publication. Established in the 1890s, this library still functions in an impeccable manner. With 770,000 volumes of books, 3500 periodicals, and 160 newspapers, the Connemara Library is where Hermione Granger will go, when in doubt, if Hogwarts were in Chennai.

Winner of the Raja Ram Mohan Roy Library Foundation Award for the best Central library of India in the year 1999-2000, the Seshadri Memorial Library is known for both its amazing architecture as well as its whopping book collection. With over 300,000 books and an exclusive Braille section, the library is what every Bangalore book lover needs.

The amazing architecture and lush greeneries are quite similar to that of Chennai’s Connemara library. Established in 1915, this library still has 400-500 odd visitors every day. The same premise also houses Indira Priyadarshini Children’s Library. 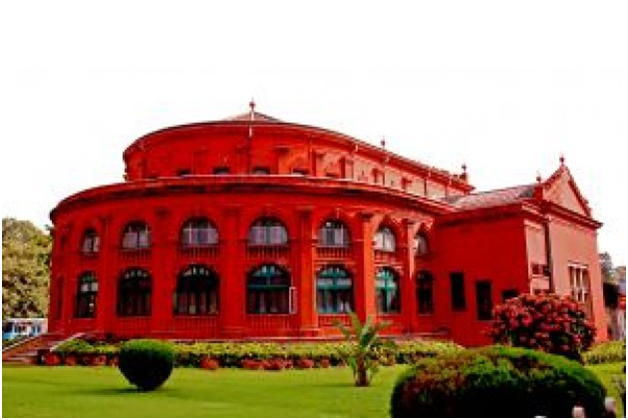 Situated in Telangana, the state central library was constructed as a building by Nawab Imad-ul-Mulk in the year 1891. After almost a century, it was granted the heritage status in the year 1998. With a widespread area of 72,247 square yards, the library’s architecture resembles that of a palace. The huge halls and high ceilings of the library are quite impressive and appealing to the visitors. Apart from 500,000 books, the library also houses magazines and palm-leaf manuscripts. This is one of the very few libraries in India that has Arabian, Persian, and Urdu manuscripts. 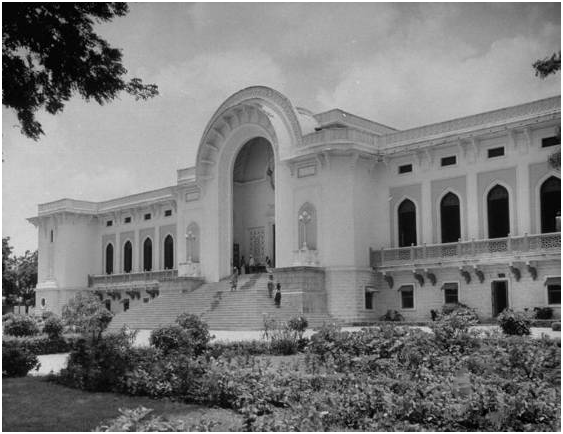 Also known as the State Central Library, the Trivandrum Public Library is the very first public library in India. Established in the year 1829, this library houses various collections of literature, especially in Malayalam language. 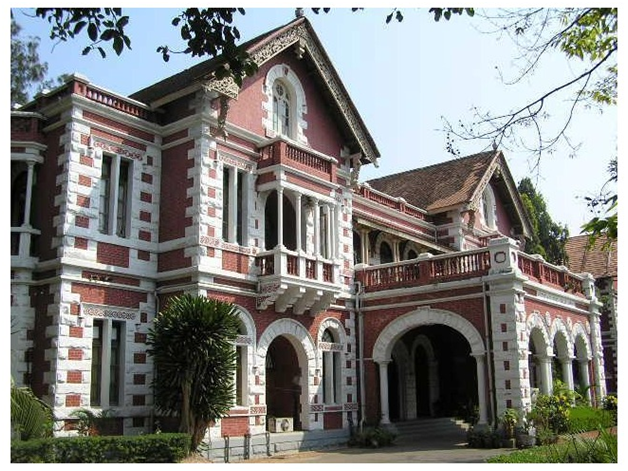 Situated in the center of Mumbai, the library is a famous literary and heritage site. One of the 145 monuments protected by the Indian Government, this library is one of the oldest libraries in Mumbai. While the library itself is a great heritage site, the backyard of the library is maintained as a wide, green garden that will make you forget all about the busy city life while you indulge in your favorite book. Built using yellow Malad stone, this library has a unique English architecture.

Initially intended to be an entire institute dedicated to mechanics, science, and technology, the library was named as The Sassoon Mechanic’s Institute. However, due to shortage of funds, the library was renamed to David Sassoon Library, after its primary donor. 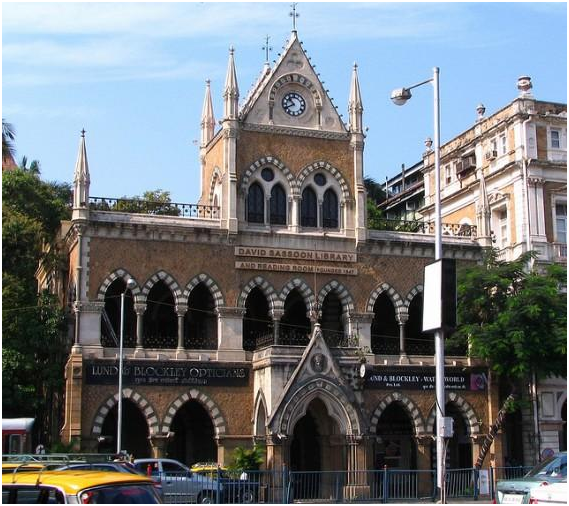 This colonial building will leave you spellbound with its amazing architecture. With a collection of over 200,000 books, this library also houses 20,000 rare books in varied languages. The spectacular steps of the grand, imposing Town Hall are enough to swipe the Mumbai bookworms off their feet. With the collection not restricted just to books but spread across as periodicals, manuscripts, coins, etc., the library is truly a treasure to all literary and history lovers. The Asiatic Society also houses Sopara Relics in its holdings.  In short, this place is a dream come true for literature, arts, history, and archaeology lovers. 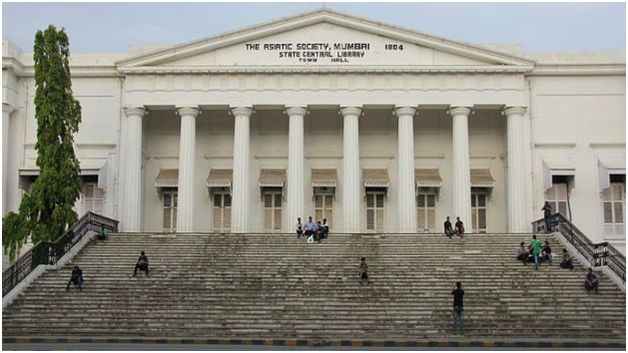 Also known as Thornhill Mayne Memorial, the Allahabad Public Library is situated at Alfred Park in Allahabad. Considered to be the biggest library in the state of Uttar Pradesh, this library was founded in the year 1864. The library is bound to catch the eye of the people with its Scottish Baronial Architecture. With approximately 125,000 books, 40 types of magazines, and 28 newspapers, the library is also known to be housing 21 Arabic manuscripts. One of the must-visit places in Allahabad, this library is indeed one of the beautiful libraries in India. 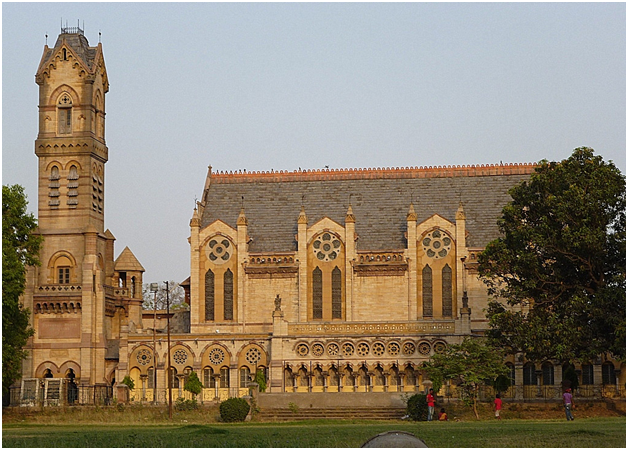 Established in the year 1836 as the Calcutta Public Library, it has the largest stock of book volumes in India. With a whopping collection of more than 2.2 million books, this library should be on every bookaholics wish list. This library was the official residence of Lt. Governor of Bengal, before India got its independence.

If you are a traveler or a geography connoisseur, you might just love this library a lot more, for it has over 86000 maps. Also, the total shelf space of this library is over 45 kilometers and it can accommodate up to 550 people in its reading room at once. Well, why wouldn’t it house 550 people? Before National Library was housed here, the reading room was a ballroom of the Viceregal Lodge. 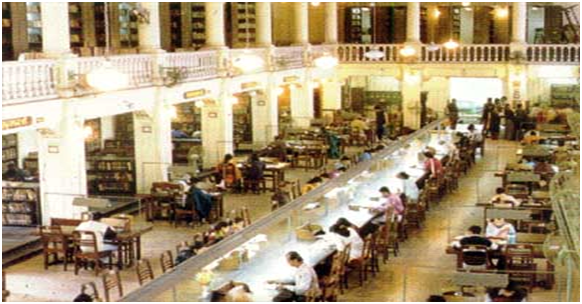 As the name suggests, this museum-cum-library is situated in the historical building that served as a residence of our first prime minister, Jawaharlal Nehru. Known to have one of the best collection of books and resources in India, the building that houses the library was built in 1930s. Initially built as the British Indian armys commander-in-chiefs residence, this place is known for its grandeur and solace.

With an aim to preserve and recreate the Indian independence movements history to the young minds of today, the library houses archives of Mahatma Gandhi’s writings. Apart from these, the library and museum also has private papers of C. Rajagopalachari, Jayaprakash Narayan, B. C. Roy, Charan Singh, Rajkumari Amrit Kaur, and Sarojini Naidu. Known as one of the best libraries in Delhi for Social Sciences, this library is the house for a wide, varied collection of labor related books and periodicals. The library building looks like a classy residence from its exteriors and that indeed adds a unique look to it. 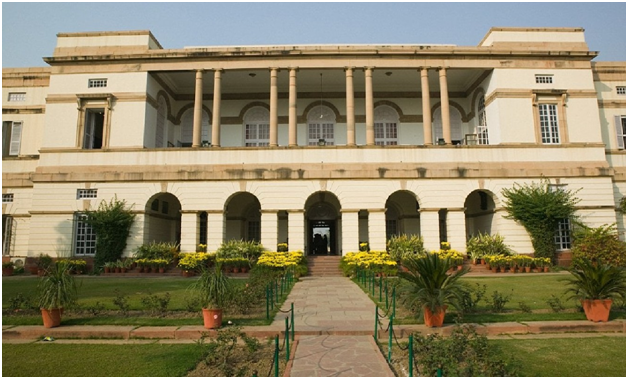 Another government protected monument, the Raza Library has a rich, opulent look. Originally built as part of a palace in the city of Rampur, the library indeed looks like a palace. The librarys collections are as unique as the librarys architecture and there are about 17,000 rare manuscripts, 5000 miniature paintings, and 205 hand-written palm-leaf manuscripts. With approximately 30,000 books in various languages like Tamil, Turkish, Urdu, Sanskrit, Hindi, etc., the library is breathtakingly stunning both in terms of its infrastructure as well as its collections. 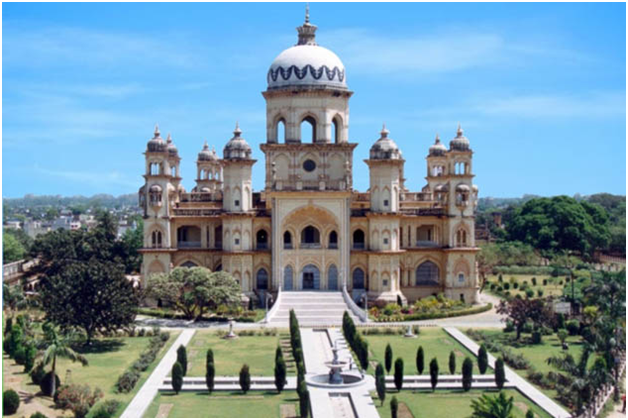 As Argentine writer Carlos Mar­a Dom­nguez says, To build up a library is to create a life. It’s never just a random collection of books, these libraries are creating millions of lives across India. Which of these Iconic libraries in India have you been to? Did you know any other library that made you fall in love with it? Share with us on the comments section.