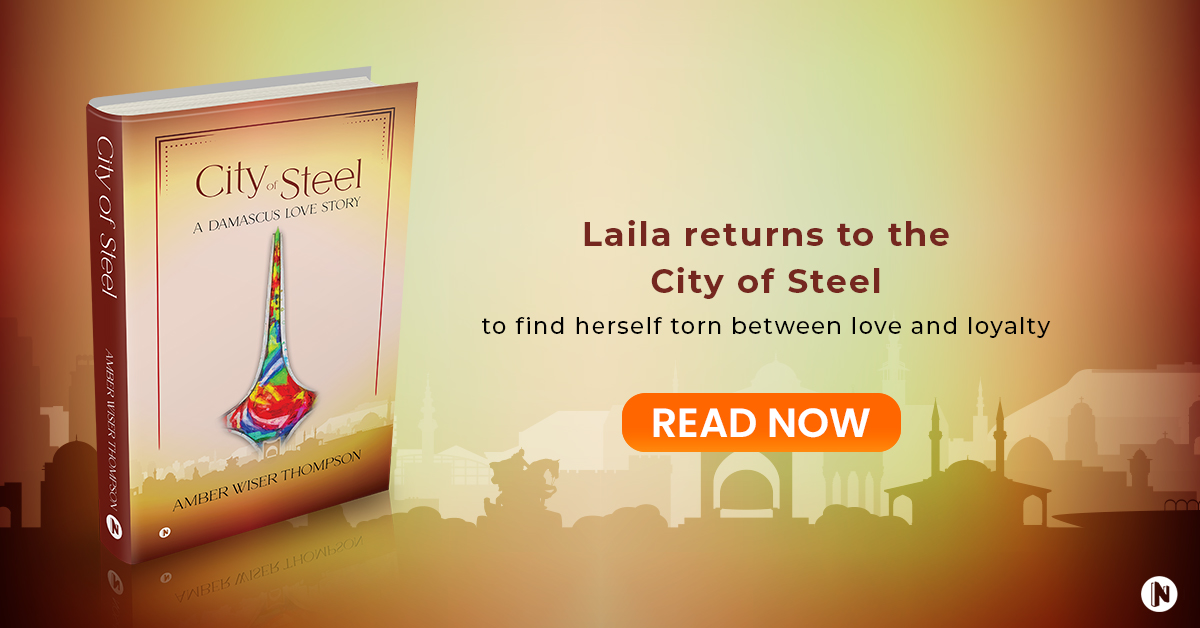 Notion Press, India’s leading self-publishing platform, presents City of Steel – a contemporary romantic suspense novel that explores the cost of secrets, loyalty, and finding our own identity. City of Steel is unputdownable with surprising plot twists and a vivid portrayal of pre-war Syria.

It’s the Spring of 2011 when 19-year-old Laila leaves California to go to Syria with her mother after they receive news her father, a surgeon, was killed in a car accident outside of his hometown of Damascus.

When Laila goes in ‘search’ of her father and a life she felt should have been hers, she reconnects with her father’s family and quickly finds new friends. She meets Omar, a wealthy, Western-educated 20-something who introduces her to the young Syrian jet-set, including Ali, the handsome son of a powerful General.

Despite multiple warnings from her family to keep her distance from the country’s ruling elite, Laila feels pulled by forces greater than herself. Torn between family honor and true love, Laila finds herself in the midst of her own identity crisis in a country on the brink of revolution. The longer she stays in Damascus, the more she realizes not everything is as it seems.

City of Steel is a fictional account of the protagonist’s life with creative detail and imaginative narration that makes it seem like a movie was playing in the pages you turn. Caught in turmoil amidst saving her family’s honor, hearing the whispers of revolution in the streets of her beloved city and her love for Ali, who or what will Laila choose?

Amber is an American writer who was raised in Damascus, Syria. She grew up reading fantasy novels and traveling back and forth between the Middle East and the United States, two worlds that at times seemed at odds with one another. Amber believes in the power of narrative to reflect who we are and who we would like to become. Her experience has taught her that we need only reach higher ground to see we are all connected. She lives in Washington, DC, with her husband, Shane, and two sons, Alex and James.

This compelling story by Amber Wiser Thompson will keep you hooked till the end. Grab your copy of City of Steel in print and e-book format at the Notion Press Bookstore amongst other leading e-commerce portals such as Amazon and Flipkart.