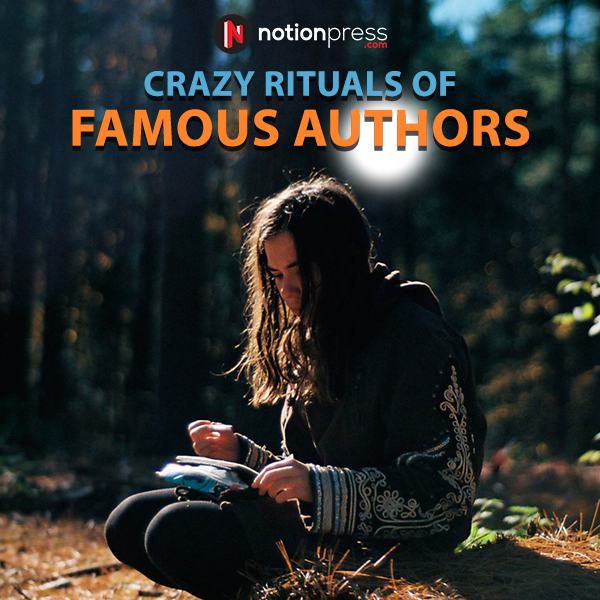 Famous authors are not only famous for their bestselling novels, but also for their wit, knowledge, passion, and various other skills. One of such various other skills is having notoriously crazy writing rituals. From Victor Hugo to Dan Brown, many authors have crazy habits when it comes to writing. After all, masterpieces cannot be sculpted without abrasives. From lying down to standing up, from steaming infinite espresso shots to rotten apples, most of the famous authors have a crazy other side. If you know any author personally, you might have noticed some funny or weird habits of theirs that they follow when it comes to writing; be it superstition or a mere tendency, but most authors do have a unique writing ritual. For some of them, it can as simple as having a word count that they follow religiously. For others, it can be a bit crazier like writing while being naked or doing mono acting of their dialogues. The famous author Ernest Hemingway strongly preaches the habit of Write drunk, edit sober! Hemingway also preferred to write in a standing up posture. He used to spend hours together on his feet and moved only to shift the weight from a leg to another. After all, if these habits do help create some of the best works that people love, it’s absolutely okay to be quirky. Here are 9 crazy rituals of  famous authors:

Do you have any such crazy ritual that inspires you to write? Let us know on the comments section.