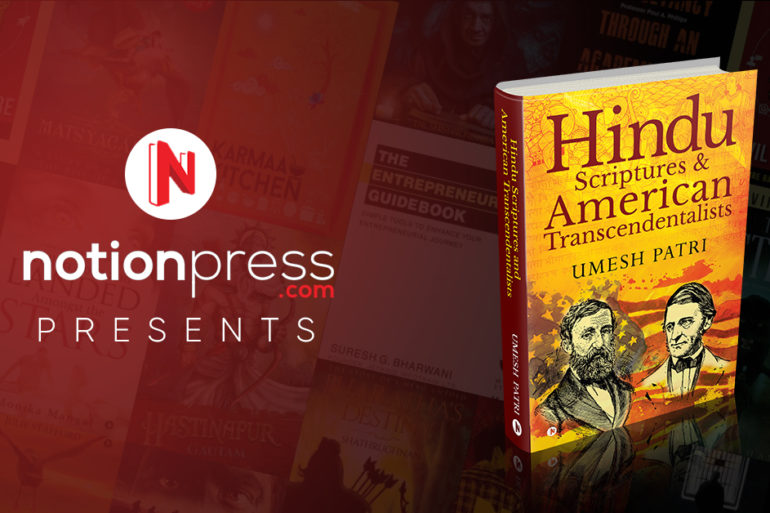 A refreshing look into the influence that our Indian scriptures exercised over American transcendentalists in New England during the 19th Century. Notion Press, India’s leading self-publishing platform, presents Hindu Scriptures and American Transcendentalists by Umesh Patri. This book is refreshingly candid in its analysis and largely informative.

This book is a well-researched attempt to show the effect and influence that Indian scriptures have had not only on the minds of Americans but also on their spiritual and social conduct. It also focuses on how transcendentalism was not an isolated movement, rather a large part of the cultural renaissance that was sweeping across the nation causing a furor. This book suggests that transcendentalism is still a continuing American movement.

Umesh Patri earned a Ph.D. from Utkal University, Odisha, in comparative literature. In different university schools, Patri has a long and distinguished teaching career. He visited several libraries and universities abroad as part of his postdoctoral thesis. He also had a lengthy lecture tour in the United States, Canada, Britain, Germany, Israel, Jordan, Egypt, and most of the Middle East.

As a result of his exemplary performance, he has been listed in the most selective directories of International Organisations for Good Temperance (IOGT), England, and Asian Admirable Achievers. He is referred to as a writer in the Norwegian and British Humanist Journals and the Thoreau Society Bulletin, N.Y.

A prominent essayist and critic in Odia, he was awarded the Odia Sahitya Akademi Award for his pioneering research on Aryas, which he advertently refused to accept. A champion of animal rights activists, he has been associated with many philanthropic activities. With many books in Odia and English to his credit, he has also been widely translated. A public speaker of repute, Patri has been an invited speaker on many platforms.

The book is available in print and e-book format at the Notion Press bookstore and several other e-commerce portals, including Amazon and Flipkart.