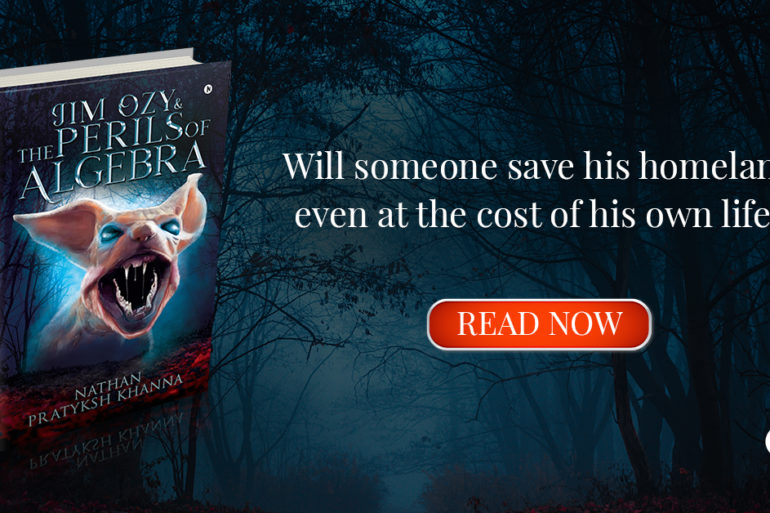 Stories of a mysterious cult, serious combat for restitution of order and eventual fortuitous disclosure. Notion Press, India’s leading self-publishing platform, presents Jim Ozy & The Perils of Algebra by Nathan Pratyksh Khanna. This book follows a writer as he makes the journey to a faraway land to meet the protagonist of his book.

When the writer finally meets Jim, the subject of his proposed novel, he is shocked in many respects, for the tale of Jim is not common. It is closely linked to many complex situations and incredible characters, both good and evil. What follows is a journey like none other. Within a larger tale are numerous small stories that weave together to form a complex plot in a land that has experienced no summer heat and routinely shadowed by darkness. Who will safeguard this homeland?

Nathan Pratyksh Khanna was born in the spring of 1983. Brought up in a conservative household, Nathan had always been a rebellious yet loving child. Raised in the Himalayas, the author has always been a lover of gigantic mountains and nature. Summer vacations at his grandma’s countryside farmhouse were the most fascinating times Nathan had while growing up.

Nathan is an avid sports buff and a self-confessed foodie, which is why he spends most of his time watching contact sports or cooking. The rest of his free time is spent reading, listening to western classical and heavy metal music or watching spaghetti westerns and anime.

He is happily married to his childhood sweetheart, Swati. They have a son who they named Irenaeus.

Nathan’s earlier writing stints included writing panegyrics. A close friend who read one of his panegyrics encouraged Nathan to write more. She also introduced him to NaNoWriMo, an internet-based creative writing project. Thus began Nathan’s journey as an author.

Nathan plans to retire early and spend his ‘early’ old-age days at a farm or a hamlet somewhere in the mountains.