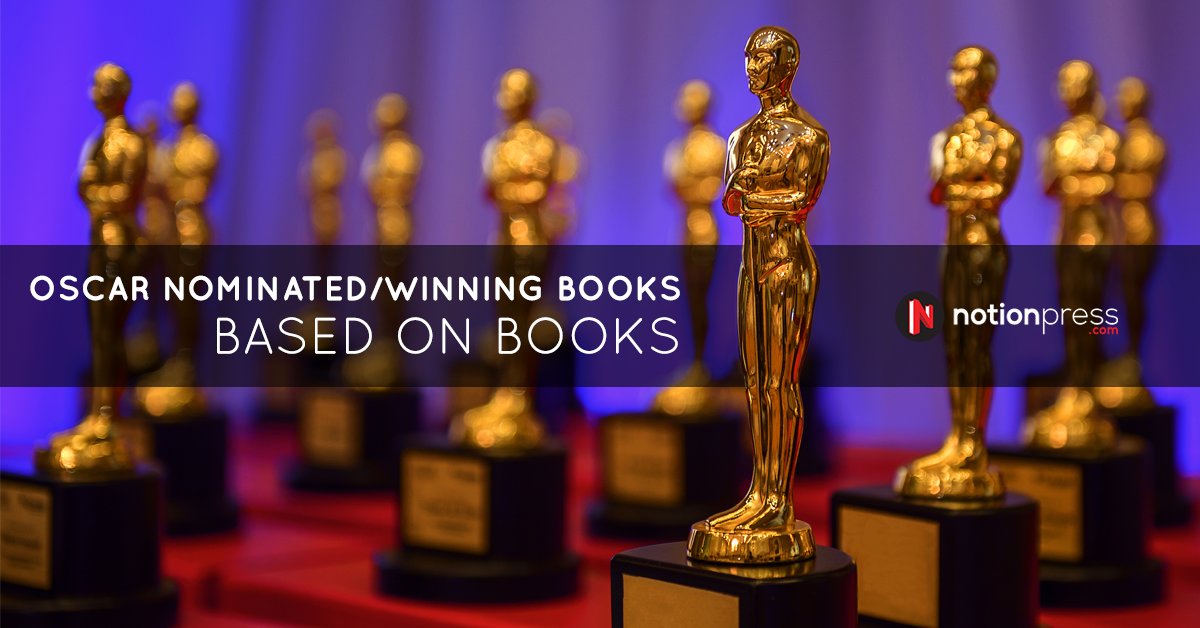 Oscar nominated movies based on books

Adapting successful books into movies has been practiced for a long time now by filmmakers globally, but have you noticed the recent trend of book-adapted movies bagging Oscars?

Movies that are adapted from novels have always proved successful in grabbing top honors at the elite awards ceremony time and again. But even T.V series that are adapted from books seem to be garnering a lot of interest. Right from Forrest Gump to the recent Danish Girl, these movies have been visual depictions of the authors minds, for them to be seen and heard universally. Movies that have the caliber to win Oscars are usually handled with care, and attention is given to nuances of the story. This will only be a right marriage of creativity and imagination, if best of both worlds come together more often.

Following are some of the books that have inspired filmmakers and wowed audience worldwide and we are hoping this will inspire you to keep writing as well.

The Martian, which released last year, won 34 Awards & 178 Nominations and is based on a science fiction novel written by Andy Weir. The movie revolves around an astronaut who is accidentally left behind in Mars and is about his struggle for survival. The story was initially released as a series of chapters on Weir’s website and was later self-published as a whole sequence in 2011. Here are some famous authors who chose to self publish their books.The film adaption does justice to most of the key details from the book, however, there are five major changes including how the story ends. It’s an intriguing space exploration story filled with dark humor and wonderfully portrays the overwhelming human desire to stay alive against all odds.

It is a biography of Nobel Prize-winning economist and extraordinary mathematician John Forbes Nash. Written by Slyvia Nasar and adapted as a film by Ron Howard, the story revolves around his life events, genius and struggle with schizophrenia. The book is an unauthorized biography and discusses his early life as a young, arrogant math genius who turns delusional and is diagnosed as schizophrenic. The focus is more on his personal struggle to cope up with the mental illness and the love & strength demonstrated by his wife Alicia and friends. Even though it’s criticized for inaccurate portrayal of some of the aspects of his life, A Beautiful Mind is a fascinating piece of work by Sylvia Nasar. The movie however, is an emotionally-charged one that reflects the fragility of human mind and the power of love. A must-watch for the brilliant actor that Russell Crowe is.

A 2009 novel by American author Kathryn Stockett, discusses the plight of African-American maids working in the racially conflicted Mississippi during the 1960s. The story aims to explore the racial and socio-cultural themes prevalent during that time and showcases various instances depicting hate, abuse, love and dependence. Inspired by this, Tate Taylor directed the film in 2011 that received many nominations for the Academy Award and won the Screen Actors Guild Award for Outstanding Performance by a Cast in a Motion Picture. The Help is an incredible movie that pays full justice to the bestseller through powerful screenplay and talented actors.

A classic 1986 novel by Winston Groom, Forrest Gump is a film that follows the life of the title character. Forrest Gump is innocent, kind-hearted and goes through too many misadventures in his life, alongside the events that shaped the 20th century American history. The writing style reflects the intellectually-disabled man that he is and still has many remarkable skills and accomplishments. The book is a hard-read with unimaginable storylines and heartwarming moments that takes you to different places. The movie however is very different from the book and it’s one of those rare cases, where the film adaptation is appreciated more than the original version. Apart from bagging 6 Oscars, including the Best Actor Award for Tom Hanks’ incredible performance, the movie also won the Best Adapted Screenplay for its conscious treatment of the plot, tone and characterization. So read the book first. If you like it, you will love the movie.

The Danish Girl is a deeply moving first novel by David Ebershoff that won many accolades and got translated into more than ten languages. It eloquently portrays the intimacy and loyalty that defines marriage and has a fictional take on the life of Lili Elbe, a pioneer in the transgender history. It is one of the most passionate and unusual love stories of the 20th century which was also made into a movie that won 27 awards and 70 nominations internationally. The story revolves around the couple Greta and Einar who are both artists. Einar Wegener is asked to model for his wife’s painting which is about an Opera singer named Anna and finds himself enjoying the feel of the dress, stockings and shoes. Greta soon realizes that he is indeed a woman, trapped in a man’s body. Given her undying and unconditional love for him, she supports him throughout his transformation, even though they eventually move on with their lives. It’s a remarkable story of how far love and support in a relationship can go, and the consequences of self-acceptance.

A short story written by F Scott Fitzgerald about Benjamin Button, who is born as an old man and mysteriously begins aging backward. It explores many absurd possibilities as the story follows his life, all the way to death, as an infant. The writer’s language and gripping story-telling will keep you glued until the very end. Its Oscar-nominated screen adaptation greatly differs from the book and yet manages to impress the audience. The movie starring Brad Pitt and Cate Blanchett released in 2008 and won Academy Awards for Art Direction, Makeup and Visual Effects.

A powerful memoir and slave narrative by Solomon Northup as told to and edited by David Wilson. It talks about one of the darkest periods in American history and carries extensive details on the slave markets that prevailed during that time. The story revolves around Solomon Northup, who was born a free man in New York, got lured into making money fast and sold into slavery. He spends the next twelve years of his life in captivity, under various masters before being rescued with the help of the state. The narrative conveys the physical and psychological pain they had to go through and the injustice inflicted upon these generations of people who suffered and died in bondage. The screen adaptation released in 2013 as a historical drama film directed and produced by Steve McQueen. It garnered 237 wins and 312 nominations overall and was screened at most International film festivals. The success of the movie was greatly owed to the unfiltered brutality in the story-telling and fantastic performances.

This popular 2008 British romantic drama is directed by Danny Boyle and is a loose adaptation of the novel Q & A by Vikas Swarup, an Indian author and diplomat. The plot of the film is centered around the character Jamal Malik from the Juhu slums of Mumbai, who is a contestant on Kaun Banega Crorepati (The Indian version of Who Wants to be a Millionaire) After being successful in answering most of the questions right, he is accused of cheating and recounts his history, illustrating how he is able to answer them all. The movie won 119 awards and 169 nominations including 8 Academy Awards – the highest for any movie that year. However, it bears very less resemblance to the original story written by Vikas. The author engages the audience with his debut novel that includes humor, drama & romance and reveals how we know what we know – not just about trivia, but about life itself.