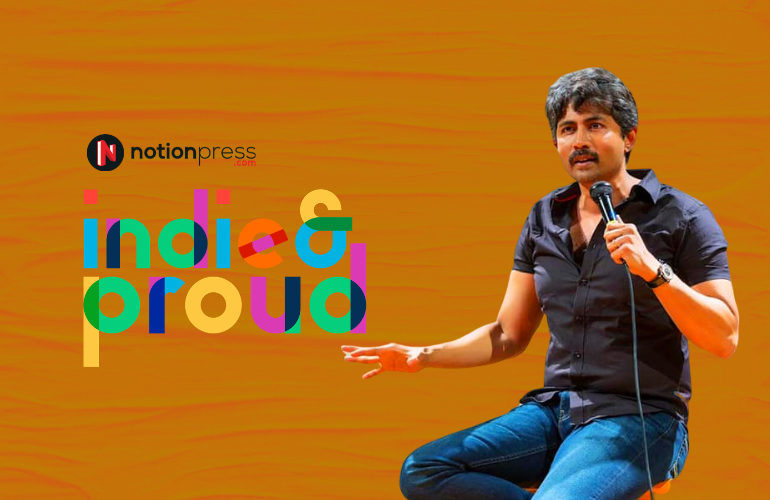 Where it all started

The name Karthik Kumar needs no introduction to anyone who follows the entertainment industry in India – From starring in mega-hit movies to making people laugh their guts out with his stand up comedy, there is nothing much he hasn’t accomplished. Karthik Kumar, however, is also one of the pioneers of the idea of an entertainment startup, way before even AIB and SnG were household names. Fondly referred to as Evam Karthik by the people involved in the theatre fraternity,  he started one of India’s first performing arts’ organization Evam and has been successfully running it for the past 16 years. Although he has tasted success in various fields ranging from acting in films to stand up comedy, Karthik considers starting Evam as his most prized accomplishment.

Karthik Kumar added yet another feather to his cap when he decided to share his entrepreneurial wisdom from running one of India’s first-ever entertainment startups,  with other aspiring entrepreneurs to help them make the right choices.

This resulted in him publishing his first-ever book, ‘Don’t Startup’, which then went on to top Amazon’s rankings in popular categories like Entrepreneurship and Business Self-help. Using anecdotes from his journey as an entrepreneur, he helps the reader understand the lesser spoken about emotional intelligence that is needed for running a successful business in India. 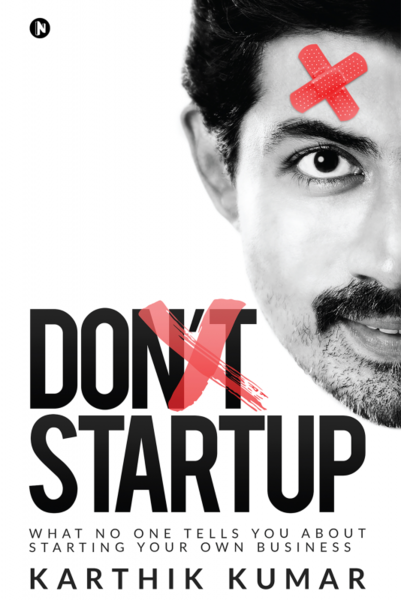 India is going through a startup revolution of sorts. Although youngsters today are opening up to the idea of following their passions and starting up on their own one of the biggest roadblocks that prevent more people from setting out on their entrepreneurial journeys is the societal attitude towards the concept of a startup.

According to Karthik: Nobody will tell you that a start-up is the best thing. You’ll hear a lot of ‘This won’t make enough money’ and ‘You aren’t the right person to try it out “. And using his book he tries to solve this clear culture problem that exists today in our society and also inspire young entrepreneurs to follow their dreams.

Addressing one of the most prominent yet lesser spoken about issues facing young entrepreneurs,  has made the book extremely relatable to the huge population of youngsters who are trying to live their entrepreneurial dream.

Leveraging his follower base 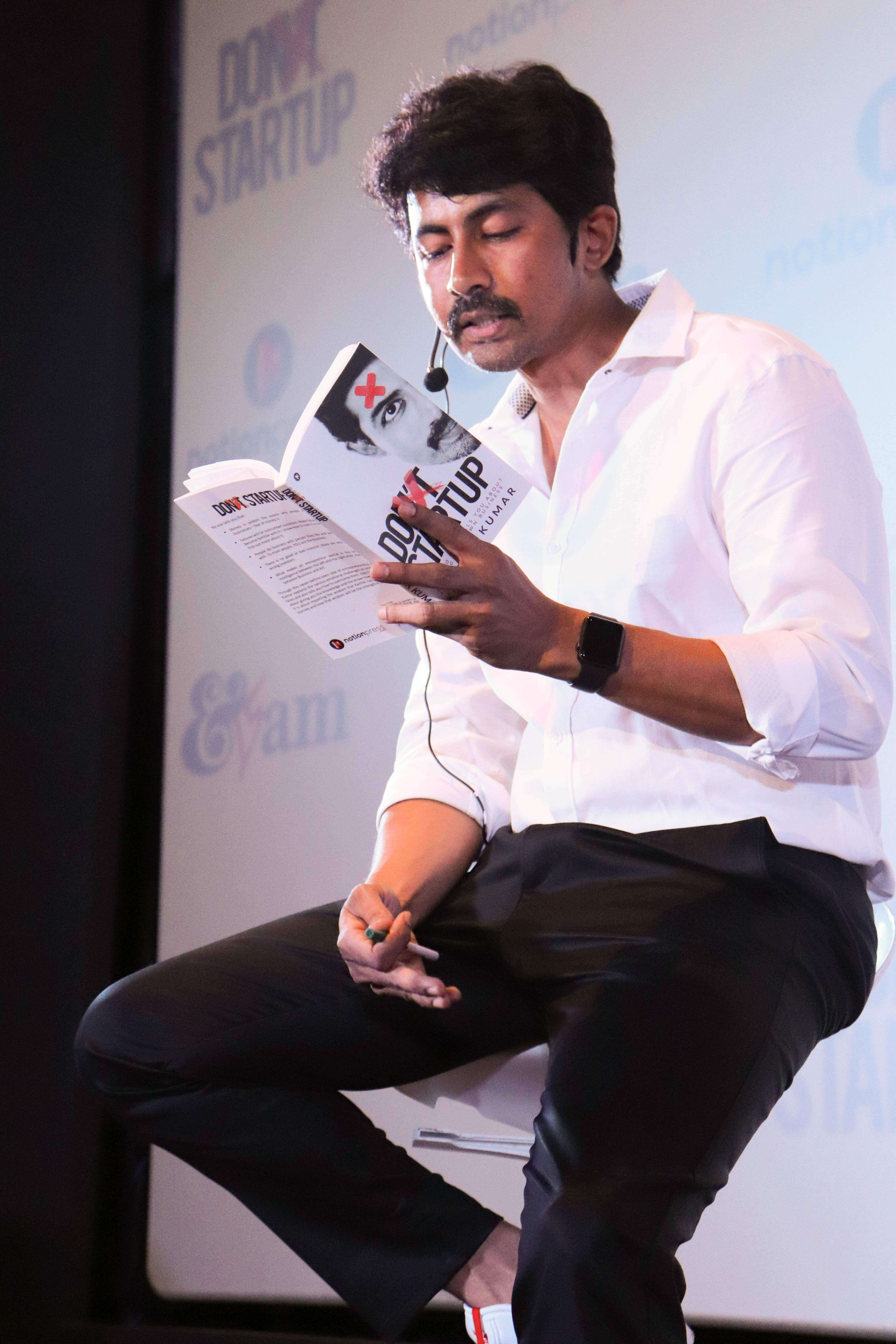 Being a prominent entertainment personality, it is needless to say that Karthik Kumar was an already established brand with tons of followers and fans. He cleverly managed to leverage his industry contacts and followers by inviting them to a grand book launch which was covered by the media as well. This boosted the visibility of his book to thousands of readers who also picked up the book after the event. He also publicised his book launch on his social media accounts to reach out to all his social followers and build on the traction from the event.

Journey to the top 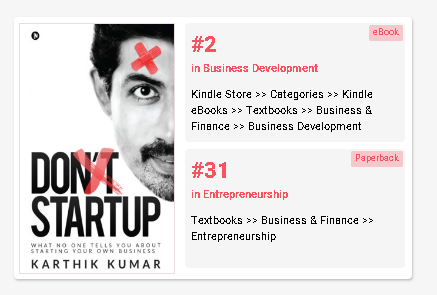 All the initial buzz around the book resulted in building tremendous traction as thousands of readers went on to pick up the book from Amazon right after its launch. This resulted in a huge boost for the rankings of the book and by the time the reviews started pouring in the book was already topping the charts in categories like Entrepreneurship and Business Self-Help. There has been no looking back since then as the book has gone on to establish itself as one of the most popular and top-ranked business books in India.

Donning the Hat of a Thought Leader

Post the success of the book Karthik Kumar has become a well-respected thought leader in the startup space across India and has been mentoring many entrepreneurs to build successful startups since. A look at his most recent social media activity gives you a peek into his latest thought leader avatar, with a collection of tips, motivational videos, and posts that help engage the budding entrepreneur community every day.

Karthik Kumar’s journey from being a renowned actor to an entrepreneur, author and finally a thought leader is nothing short of inspiring and is something every budding entrepreneur can learn from. You can check out his book Don’t startup over here:  https://notionpress.com/read/don-t-startup

Notion Press’ Latest is a Fascinating Tale of Mythology and Imagination