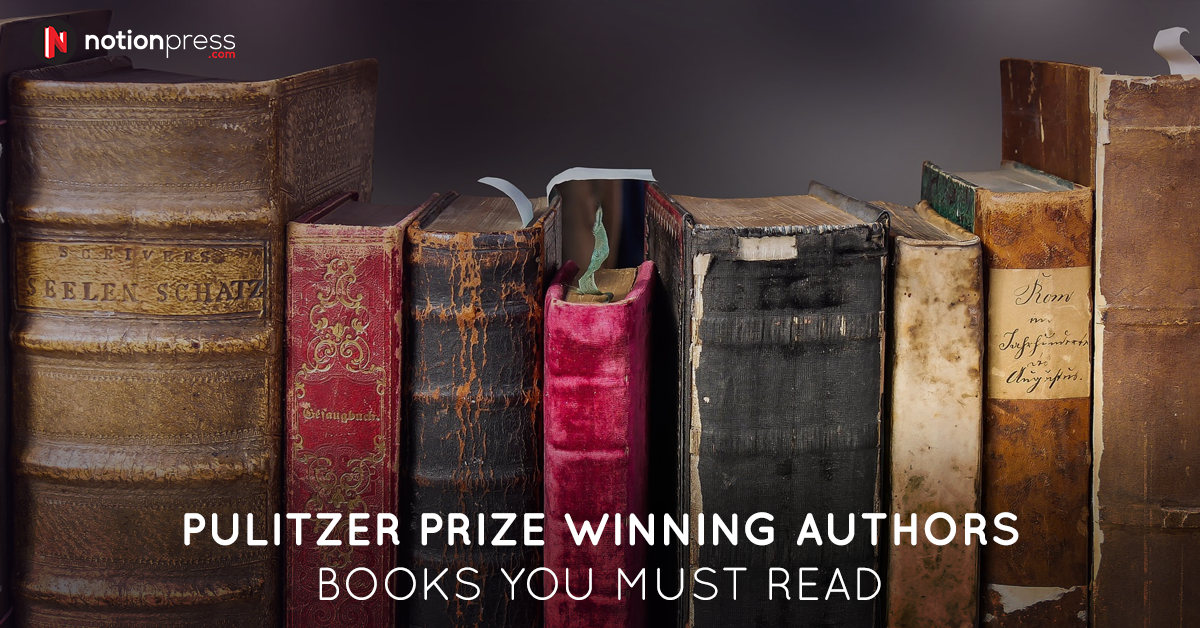 Honouring excellence in journalism, arts, fiction and novel writing, the Pulitzer Prize is a recognition that American authors aim for. Renowned internationally for its success and significance in the literary circle, many critically acclaimed authors including Ernest Hemingway and Harper Lee have won this prestigious award. The award, which is named after a Jewish-Hungarian immigrant and journalist Joseph Pulitzer is an annual affair. Established in 1917, the Pulitzer Prize is awarded in twenty-one categories

To Kill a Mockingbird By Harper Lee

No list of book recommendations is complete without Harper Lee’s To Kill a Mockingbird. Published in 1960, this book is an immensely successful novel, which won the Pulitzer Prize in 1961. Despite dealing with an extremely sensitive subject such as rape and racial injustice, the book manages to bring out elements of humour as well. The book is based on the author’s observations of her family and neighbours during her formative years in Alabama. The novel is not famous in just the United States, but is a bestseller across the world. In fact, the British librarians have ranked it as a book that, “every adult should read before they die.” To Kill a Mockingbird remained the only published novel of Lee until Go Set a Watchman was released in 2015. The book was initially promoted as a sequel to To Kill A Mockingbird, but was later accepted as a first draft of the famed novel.

The Old Man and the Sea by Ernest Hemingway

Ernest Hemingway is regarded as one the greats in the literary circle and reading his books are certainly a treat. Amongst his many achievements is the Pulitzer Prize that he won for his work The Old Man and the Sea. The novel was so good that it also won him the Nobel Prize in Literature in the year 1954. The book tells the gripping story of a Cuban fishermen, who snags the biggest catch of his life and wants to bring it home but instead is faced by a series of problems that he must fight against. This book elevated Ernest Hemingway’s reputation as a writer and  remains one of the best and critically acclaimed works of the author.

The Goldfinch by Donna Tartt

Having already established herself as a great writer with her books The Secret History and The Little Friend, Donna Tartt spent 11 years developing and writing her third novel, The Goldfinch. The patience paid off; The Goldfinch released to critical and commercial acclaim, spending 30 weeks on the New York Times Bestseller list giving Tartt her first Pulitzer Prize for fiction in 2014.

The book is a first-person narrative and gives readers a glimpse into the world of crime. The protagonist survives a terrorist attack, which killed his mother and all this is narrated in a gripping and emotional prologue. The book is an account of a very realistic tale of love, loss, growth, and redemption. The way Tartt links the actual story of the painting with the life and experiences of Theo made for an enthralling plot.  The book is now also being adapted into a movie by Warner Bros, which will be directed by John Crowley.

The 2012 novel and 2013 Pulitzer Prize winner, The Orphan Master’s Son by Adam Johnson is a daring novel set in present day North Korea. It narrates the story and tension between America and North Korea and talks of a young man’s journey through the dark side of the most mysterious dictatorship in the world.

Adam Johnson’s unique writing style in this novel, which involves three narrators, won him critical acclaim. Themes of lost innocence, romance and gut-busting action in a well-balanced plot are thrilling from start to finish.

The Color Purple by Alice Walker

Published in 1982 as an epistolary novel, The Colour Purple won the Pulitzer Prize for Fiction the following year, making Alice Walker the first woman of colour to win the coveted prize. The book tells a compelling story of African-American women in the southern United States in the 1930s and explores subjects such as violence and homosexuality to name a few. The book indeed got into numerous controversies thanks to its explicit language and content and was part of the list of 100 Most Frequently Challenged Books of 2000–2009 American Library Association.

The Amazing Adventures of Kavalier & Clay

Written by Jewish-American author, Kavalier and Clay won the Pulitzer Prize for The Amazing Adventure in 2001. The story revolves around two Jewish cousins who narrate the story of their lives during, before and after World War II. The novel combines humour, American history and Jewish mysticism in a firm and gripping manner, making it a best-selling book.

All the Light We Cannot See  by Anthony Doerr

All the Light We Cannot See is Anthony Doerr’s second novel, and one that spent a whopping 118 weeks on the New York Times bestseller list. It won the Pulitzer Prize in 2015 thanks to a well-paced plot and incredibly detailed characters that drive the story forward. The novel is set in the background of Nazi-occupied France and tells the tale of an encounter between a French woman and a German man.

The Emperor of All Maladies: A Biography of Cancer by Siddhartha Mukherjee

When it comes to nonfiction, Siddhartha Mukherjee’s The Emperor of All Maladies is one of the best. The book chronicles historically significant events that deal with the discovery and subsequent attempts to cure cancer.  The book won the Pulitzer Prize in 2011 with the jury calling it “an elegant inquiry, at once clinical and personal.”

Mukherjee explained that his inspiration to write the book came from a patient’s request. The patient was willing to fight but was curious to know what he was battling. Mukherjee took the context of the book The Making of the Atomic Bomb to create the structure of his book.

Interpreter of Maladies by Jhumpa Lahiri

Among Jhumpa Lahiri’s incredible list of achievements is winning the Pulitzer Prize for her book, Interpreter of Maladies. The novel is a collection of nine short stories that tell the lives of Indian immigrants living in America and experiencing American culture in humorous ways. The book can connect with anyone who has experienced life outside of their comfort zone. It is witty, funny and touching with every turn of a page.

The book has sold over 15 million copies worldwide and is on Oprah Winfrey’s list of top 10 books. Need we say more?

A Visit From the Goon Squad by Jennifer Egan

Pulitzer Prize judges named Egan’s book the best fiction novel of 2011 because it accurately portrayed the age of counter-culture versus the age of technology while keeping the nature of each character perfectly synced with the period. A Visit From The Goon Squad is a set of 13 stories than can be read in any order. It details the lives of 16 characters that are self-destructive in nature.

This book can be interpreted in multiple ways; its characters and plot are intertwined in a past-present-future setting. Jennifer Eagan’s humorous and colourful writing style will keep readers engaged throughout the course of the book.

These are few of the best Pulitzer Prize winning books that we have picked. Let us know your favourites in the comments section below.

Are you an aspiring author who is hoping to hit it big with the release of a fiction novel? Practice and preach these 10 commandments of fiction writing.  Remember, an award-winning book consists of more than just the write-up that comes inside it; you also need a powerful marketing strategy to gain traction with readers. Publishing your book with a top self-publishing agency is the best way to begin your journey as a well-established author.