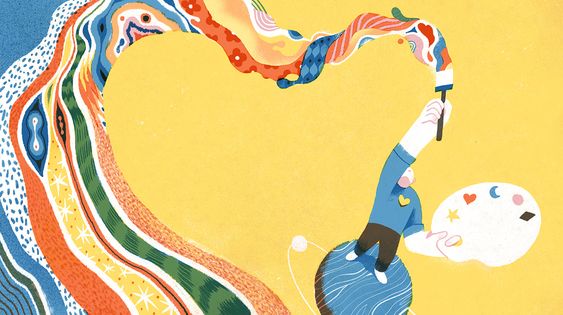 What is Symbolism? Explanation with Examples

In literature, art, and other creative works, symbolism signifies the use of certain symbols to represent a deeper meaning. These symbols can be anything from characters and setting to colors and objects. Understanding symbolism and using it effectively is essential for all writers. In this article, we will get started on exploring what is symbolism and delving into using the same in your writing.

Symbolism is an evocative use of elements in books, films, and art to add additional layers of meaning. It can take the form of written words, objects, places, and even colors that represent complex concepts or ideas that are not immediately apparent.

The concept of symbolism has been integral to literature for hundreds of years. Authors, poets, and playwrights often incorporate symbols into their works to explore themes on a deeper level.

Symbolism in fiction can range from abstract representations such as a lion symbolizing strength and courage, to concrete items such as the sea representing freedom and independence.

In today’s pop culture, symbolism provides depth and subtlety to characters’ emotions, thoughts and experiences without being overly explicit.

By deciding what an item means for our protagonist – be it physical or non-physical – symbolism can help create powerful storylines with compelling characters.

Understanding the use of symbolism in literature

Symbolism has been a powerful force in literature since its inception, often providing authors with the ability to express themselves in ways that transcend their written words.

The use of symbolism has evolved throughout history, from ancient mythology and folktales to detailed allegories in modern-day fiction.

Its use is summarized by poet Friedrich Schiller who wrote that “deeply meaningful symbols often express the secrets of nature or of the spirit.”

Symbols are used to explore universal truths and further develop a story’s theme or tone. Authors use symbols to enhance characters, emphasize ideas or emotions, explain relationships between characters, or even serve as commentary on society.

As stories evolve and our understanding of the universe changes, so too will the use of symbolism in literature. It is this ability to transform an already powerful art form into something even more meaningful that makes symbolism such an integral part of literary works.

How to identify symbolism?

To identify the use of symbolism in literature, one should observe which elements in a piece of writing are repeated, and consider what those elements may be referring to or symbolizing beyond their literal meaning.

Even seemingly insignificant details can be symbolic; for example, when a character wears an article of clothing that appears more than once throughout a story, it’s worth considering how and why it is used as a repeating element.

Additionally, examining human relationships and the various interactions between characters can provide further insight into the symbolism being used.

To engage with symbolism better, taking notes on observations and ideas while reading through work can help develop relevant interpretations.

Connecting observations to larger ideas or events that occur within a work of literature can also deepen understanding of the narrative’s symbolism.

Readers must also consider their own feelings and thoughts on a symbol’s significance in order to gain a clearer insight into its use in the context of a particular text.

When to use symbolism?

Symbolism is a powerful tool when used appropriately in your writing. To use symbolism effectively, it is important to understand when to employ it.

First and foremost when incorporating symbolism into your writing, it should enhance the narrative without overwhelming it.

As well, the timing of when you use symbolism should not take away from the impact when used sparingly and strategically at the right moments. There should be a natural progression and build-up before introducing a symbol that maintains reader engagement.

When using symbols, they can be interpreted differently by different readers which makes finding the perfect timing even more important as you want to ensure you are conveying the desired message or emotional response for any reader who reads your work; ultimately giving them an experience unlike any other piece of writing.

Symbolism is a formidable tool used by authors to add layered meaning to their writings.

There are different types of symbolism, including visual, personal, and spiritual, which an author can draw upon to create nuance and interest in their work.

Visual symbolism relies on readers’ knowledge of different images or ideas associated with their culture—for example, a red rose might symbolize love while a yellow one could signify a dying friendship.

Personal symbols allow authors to introduce meaningful elements that are more grounded in the characters they create—a character may have strong emotional reactions to a certain type of jewelry that was gifted to them at a turning point in the story as its own symbol of growth.

Finally, spiritual symbolism can include different spiritual images or objects evoking themes tied to different aspects of faith—such as Dostoevsky’s novel The Brothers Karamazov where the motif of candles serves as a reminder of the importance of light and divinity.

No matter which type of symbolism is used by an author, it can help enrich the world they create for readers and bring further depth to the enduring pieces of literature we enjoy today.

Examples of symbolism in renowned works

Symbols often help to communicate emotion and universal experience in literature. Various renowned authors have brilliantly used symbolism in their writing to add depth and reinvent forms of storytelling.

In The Great Gatsby by F. Scott Fitzgerald, the green light at the end of Daisy’s dock is symbolic of Gatsby’s dream and hopefulness despite the long odds.

Along with the naïve optimism characterized by his fixation with the – otherwise mundane – phenomenon of color, the symbolism is used to highlight the spirit and passion put forth in unattainable pursuits.

Another well-known example is Edgar Allan Poe’s poem “The Raven” which makes use of a raven as a harbinger of doom, amplifying an intense feeling of despair throughout the work.

Furthermore, each occurrence of the word “nevermore” reinforces an ever-looming future without hope or resolution to unanswerable questions – symbolizing death itself.

A terrific example of symbolism can be found in William Shakespeare’s classic tragedy, Romeo and Juliet.

In this work, he uses fire as a symbol of strong emotions such as passion, anger, and rage. He also utilizes contrasting images like light versus dark to illustrate good against evil.

Another classic example of symbolism is in Herman Melville’s Moby Dick. Here, the great white whale primarily represents death and destruction but also gives hope to humanity with its brief moments of hope and faith.

Lastly, the Catcher in the Rye by J.D Salinger includes a red trunk carried by Holden Caulfield which can represent his attempt to hold on to his childhood innocence and find a way back home into familiar spaces so he can heal from his traumas.

Examples such as these demonstrate glimpses into different aspects of the human psyche – loss, longing, fear – and are examples that are indicative of beautifully crafted examples in renowned works of literature.

Tips to effectively use symbolism in your writing

When using symbolism in writing, there are a few steps and tips that can really help you create the desired effect.

Tips for effective use of symbolism

Start by understanding the context of your story and the characters involved—this will be essential to deciding on how to use symbols purposefully.

As you create a plot, keep in mind what symbols would best represent specific emotions throughout your story so that as readers move through it, they know just why certain choices have been made.

Additionally, try to keep a consistent symbol for each concept throughout the writing; this allows readers to fully understand the point you’re trying to make with each one.

Finally, when crafting characters and backstories, consider if any of those pieces might provide potential symbols for later parts of your narrative. If done effectively and with purpose, symbolism can add great depth to the storytelling and provide an impactful experience for the reader.

Common mistakes in the use of symbolism

Using symbolism in writing can be tricky and common mistakes often create confusion. For example, when using symbols to represent abstract ideas without clearly explaining their meaning, the intended message may get lost in translation.

Additionally, using one symbol for multiple concepts can make the work difficult to interpret and muddle the purpose of different symbols.

Moreover, overly relying on stock symbols or symbols with bigger meanings than what you are trying to convey can take away from your original message.

How to avoid mistakes in the use of symbolism

To avoid common errors, it’s important to make sure every symbol holds a specific message and meaning to the text being written and be mindful of overusing common symbolism.

It is important to illustrate a deeper meaning or intention behind each symbol used; this allows readers to connect the dots easily while keeping them engaged in your story.

Using symbolism in your writing will enhance your storytelling on many levels and help you add a unique flavor to your writing. Begin experimenting with symbolism and reinvent your writing.