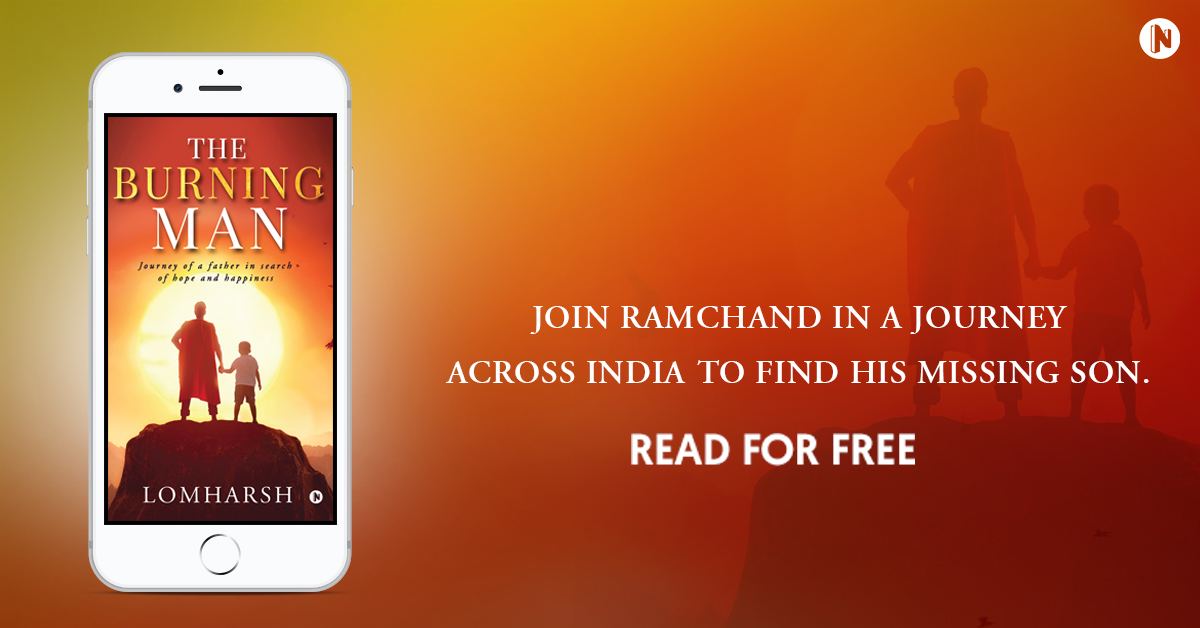 Male-dominated societies with specified gender roles are the sad reality of several developing countries even today. While the man is destined to be the breadwinner of the family, the woman is expected to be caretaker. This book acts as a reflection of the imbalance and injustice that prevails in the Indian society and also explores the bond between a father and son. Notion Press, India’s leading self-publishing platform presents- The Burning Man by Lomharsh.

The Burning man is the story of a father who sets on a mission to find his lost kid. When Shinu, an 8-year-old underprivileged boy commits the mistake of grabbing a little girl’s tub of ice cream, he is beaten up by his father.  This causes

Shinu to run away from his home in the heat of the moment. After days of waiting, Ramchand sets on a journey in his bicycle all the way from Uttar Pradesh to Kolkata in order to locate Shinu who has been trafficked to Kolkata. This journey helps Ramchand realize about the hardships of society and the struggles of the people who fall below the poverty line, their pains, angers, happiness and their never giving up attitude which keeps the world going, no matter what and how worse the circumstances are. This journey turns him into a man of blames and excuses where he finds himself in trouble from time to time, where he ends up being the person who is at the wrong place at the wrong time.

Along his journey, Ramchand witnesses the reality of human trafficking in India and how many more kids are either being kidnapped or lured into it on an everyday basis. But can Ramchand find his missing son? What obstacles does he have to endure along the way? Find out now!

Lomharsh is an Indo Australian Writer and Director currently working in Bollywood. His debut feature ‘YEH HAI INDIA’ won Best Director and Best Movie award along with Best Raag Inspired song of the year award at ‘Radio Mirchi Music Awards 2020’. He also made 2 short films titled ‘Chicken Biryani and Chicken Biryani 2’ based on the theme of Indian army and humanity. He collectively received 28 awards and Laurels for his work and also been Awarded ‘YOUTH AMBASSADOR FOR PEACE’ by UPF and UN at Parliament of India on 3rd Nov 2018.

He pursued M.Com, MPA and MBA from the Federation University of Australia and served 6 years in Australia for his higher studies and during that period he learned the art of writing and filmmaking. He is actively working as Writer-Director for independent productions and also established his own production company ‘SHILOM MEDIA LLP’

The Burning Man by Lomharsh is now available across all major e-commerce platforms including Amazon, Flipkart and the Notion Press online store. Grab your copy now!