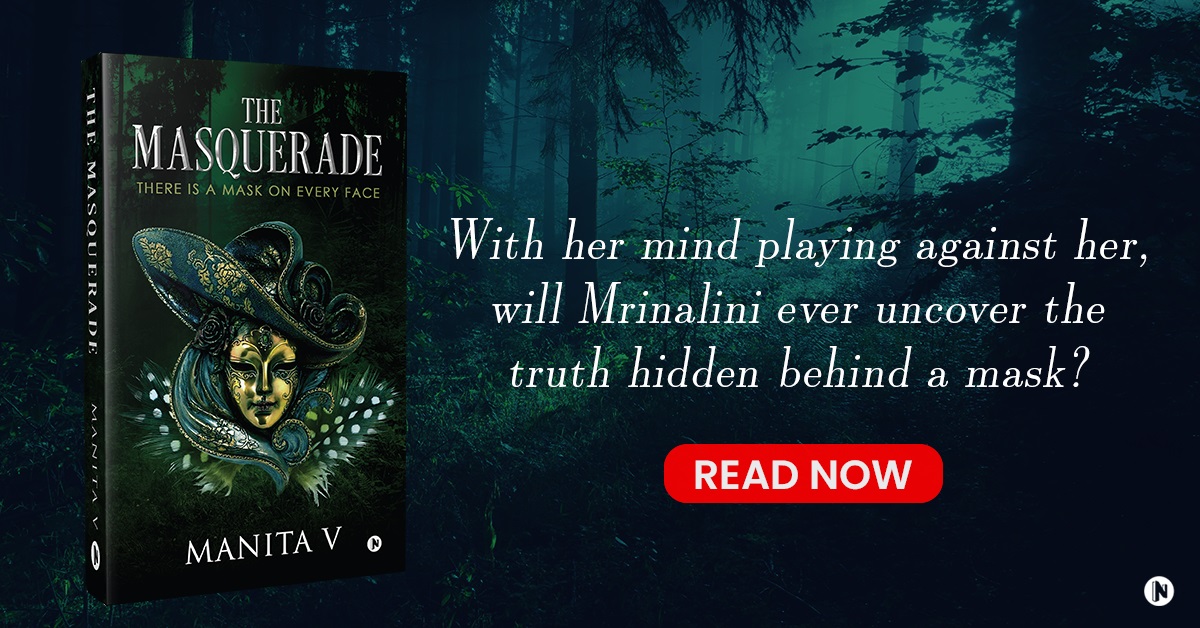 “Every story has several versions. We look at some and overlook the others depending on what suits our narrative… and our beliefs!” Ultimately decoding human nature, truer words have never been spoken. Notion Press, India’s leading self-publishing platform, presents The Masquerade, a gripping page-turner that revolves around a ruthless homicide in Italy, written by Manita V.

There’s something oddly satisfying about intricately woven murder mystery books, particularly when they deal with the psychological aspects of every character in the story. The crime of the murder is inherently terrifying, which makes these stories part horror fiction and part puzzle. Just as you turn the pages holding your breath, you can feel the tension; the twists and turns in the background unfold a convoluted plot that gives the satisfaction of solving the crime in the foreground of the story. The Masquerade by Manita V easily accomplishes this quite effortlessly. The story is built around a troubled psychiatrist, Dr MrinaliniSengupta, haunted by her hallucinations, forgetfulness and nightmares. She is supposed to testify as a witness in a murder case that has its epicentre focused on her favourite musician, the sensational and popular rockstar Rudra Raghuvanshi.

However, Manita V does not take the path often treaded. Instead, the plot thickens when Rudra approaches Mrinalini for a request of appointment as a client. Mrinalini adores him and is unsure about herself if she can be the witness against him. On the other hand, Rudra strongly denies every allegation and charges against him; insisting that he is innocent. But it is just the beginning. Soon, Mrinalinirealises that her life is in danger. And only one person can help her – Rudra.

Can Mrinalini differentiate between imagination and reality? Is Rudra being honest when he insists that he is innocent? Can Mrinalini think beyond her fascination for Rudra? What happens when they realise that something connects them more than their haunting past?

Every step to uncovering the truth opens a row of dark secrets, layer after layer. Mrinalini can see familiar faces around her, but each is hiding behind a carefully-crafted masquerade.

Manita V (Dr Mamta Batra) studied medicine at SMS Medical College, Jaipur and is currently a consultant dermatologist. She believes that fiction and poetry provide a beautiful dimension to the routine of reality. She has been writing actively since she was a teenager and has posted nine novels on several blogs since 2010. When Manita isn’t practising medicine or writing, she can be found reading, baking, or painting with watercolours. She can speak 6 different languages and is always looking forward to learning new skills. She is a compulsive traveller who loves dark chocolates, coffee, and all types of stationery items. She lives in Jaipur, India, with her husband and two daughters.

The Masquerade by Manita V is filled with richly depicted characters and intriguing storylines; particular standing out for its unique setting and perspective. Grab your copy of The Masquerade in print and e-book format at the Notion Press Bookstore amongst other leading e-commerce portals such as Amazon and Flipkart.