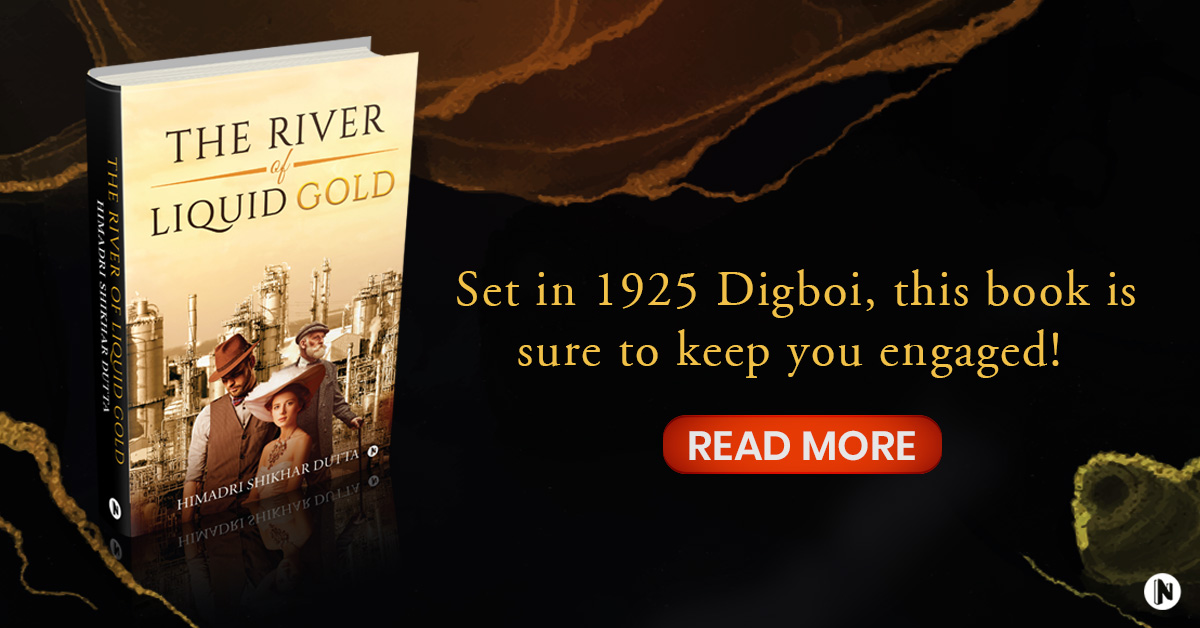 The Oil, or the liquid gold, as it is popularly referred to, has fascinated humankind since the dawn of industrialization in the modern world. The story of oil exploration in India began in the dense jungles and swamps and river-valleys of the north-eastern corner of the country, near the town of Digboi in the state of Assam. Many wars and several battles have been fought for oil among different countries ever since and it still continues to dominate the agenda of several nations. Bringing to you the story of the Petroleum Industry’s evolution, Notion Press, India’s leading self-publishing platform presents The River of Liquid Gold by Himadri Shikhar Dutta.

The plot of the novel revolves around a young engineer from Edinburgh, Williams McLloyds, who arrives at Digboi in 1925. Williams happens to be a witness to the changing time of history and also of Digboi as his professional career ascends to a great height. But this is not just the lone story of Williams. H.B Buchanan’s love for local history and culture as well as complexities, Towlar’s audacity, Bhup Singh’s technical acumen, Fullerton’s farsightedness, Lady Flemming’s compassion and many more also play equally important roles through the engaging journey that this book woes to take you through.

Exploring varied characters and emotions, this book is not only educative and informative but also engrossing.  Some of the incidents narrated in the book are based on actual facts which the author had experienced while working at Digboi Refinery.

Besides having experience in refinery operations for more than three decades, he also has experience in crude oil import and transportation through ships. He retired from services in 2018 as Chief General Manager.

Right from his childhood, Shri Dutta had a keen interest in literary activities. He was associated with several socio-cultural organizations during his service life. He had acted in several dramas viz. Kripabor Barooar Pratyabartan, Balia Hati, Siraj, Rupalim, Court Marshall, Setubandhan etc. He also wrote and directed several dramas.

The River of Liquid Gold is the English version of his already published Assamese novel ‘Poniya Xonor Noi’.

You can now grab your copy of the book at the Notion Press online store!