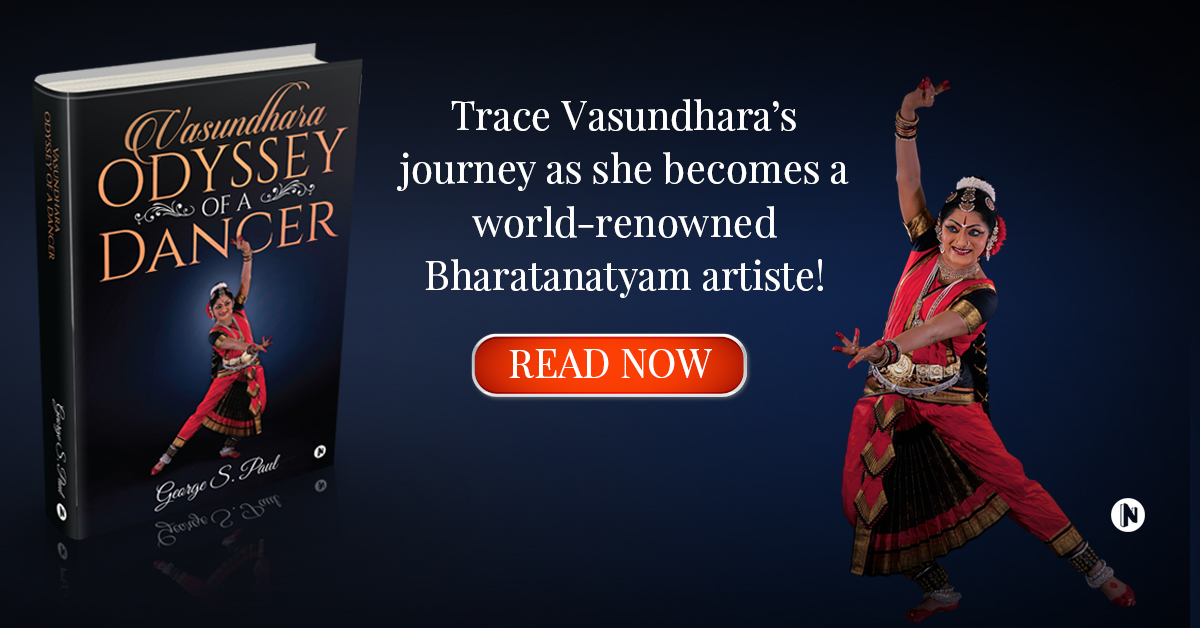 Notion Press’ Latest on The Journey of a Bharatanatyam artiste – Vasundhara: Odyssey of a Dancer

A beautiful story that gracefully elucidates the steps traced by Vasundhara as she journeys on her way to becoming a world-renowned Bharatanatyam artiste. Notion Press, India’s leading self-publishing platform, presents Vasundhara: Odyssey of a Dancer by George S Paul. Even as the book explores dance form in-depth, it also has an underlying theme of how tradition is not static and the boundaries can be pushed.

In her search for enhancing the aesthetic that is the graceful beauty of Bharatanatyam, Vasundhara incorporates elements that show in the subtlety of Yoga, the mesmerising martial arts of Tang-Ta and the innate grace of Kalarippayattu. The book explores the sacrifices she had to make in order to reach this level of mastery. It also alludes to the greatness he has achieved in making path-breaking discoveries that show her ingenuity and prove her prowess as an interdisciplinary artiste when she combined the intricacies of Yoga with  Bharatanatyam and is vouched for by critics across the world.

George S Paul (G S Paul) is a professor of Physics and an Art Journalist and Art Critic of repute. For the last three decades and more, he has been a regular contributor of reviews, interviews and articles to the national dailies and magazines. His papers on performing arts presented in national seminars have been seminal and thought-provoking. An authority of Indian music, dance and dance-theatre forms, he has promoted many a young talent across the country. His book Swarangalude Sastram (Malayalam) dwells on the evolution of music from prehistoric times and explains the niceties of the raga system and the intricacies of harmony of the Classical Western music based on Physics.

The book has gone into the fifth edition and is the only one of its kind. The Government of Kerala nominated him to the Kerala Sangeetha Nataka Akademi, the Kerala Kalamandalam and also to its award committees several times. The Kerala Kalamandalam Deemed to be University honoured him with the Mukunda Raja Puraskaram for his commendable services for promoting artistes of all hues.

A deft organiser of cultural festivals and workshops, Prof Paul’s lectures on music and Art Journalism have captured the attention of many art training institutions.