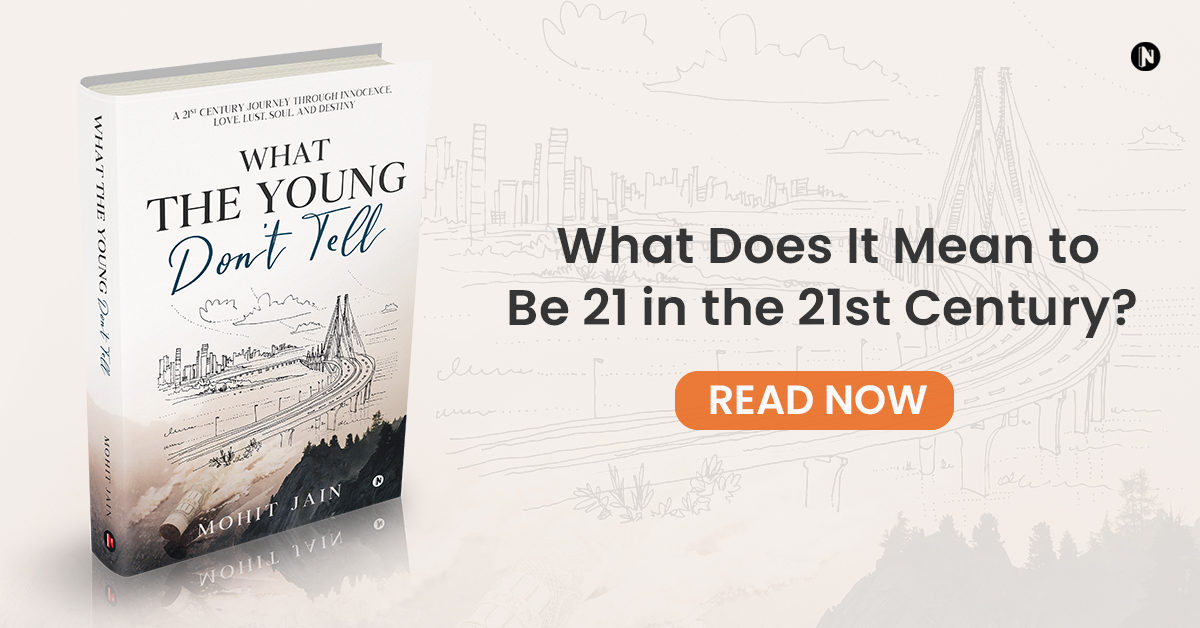 A lovely and insightful journey through Innocence, Love, Lust, Soul, and Destiny that portrays what it means to be 21 in the 21st century. Notion Press, India’s leading self-publishing platform, presents What The Young Don’t Tell by Mohit Jain, an intriguing and stirring tale that portrays life through the Gen-Z mindset.

The first part, Innocence, introduces the young Ayaan on the first day of kindergarten where he is smitten by a young Bianca Kapur.

Tragedy strikes soon as he finds his mother hanging dead in her room and soon after he is sent away to boarding school. They write letters to each other throughout their adolescence. Ayaan writes about the adventures and woes of an all-boys school and Bianca writes about growing up in Mumbai with a single mother.

The second part, Love, highlights his college life in Mumbai where he is introduced to a life of girls, glamour, drugs and freedom. He ends up reuniting with Bianca but his joy is short-lived as he learns what it means to love a victim of grave physical abuse. The third part, Lust, highlights his life in North America where he is exposed to the world of materialism, the promise and trap of the West, the whims and fancies of the children of the super-rich.

The fourth part, Soul, is where he delves into the realm of psychedelics and is introduced to the concept of multiple lives, one Eternal Soul, the principles of Krishna, Confucius, Buddha, the laws of the Universe and the journey from the Matrix to Nirvana. The fifth and final part, Destiny, brings the book to an artful end as the protagonist self-actualizes and understands what it means to come of age.

Mohit Jain is a 23-year-old post-millennial, possessed of all the angst the term applies. His educational journey takes him first to Mayo College, Ajmer, and then to the NMIMS University, Mumbai for his Bachelor’s in Business Administration. He travels to the West in the fall of 2019 where he crashes at his friends’ couch. There he encounters different people belonging to Generation Z and draws analogies between their lives. That triggers his own passionate quest for identity and love. Mohit is a diploma-holder in philosophy from New Acropolis Organization. He’s also a PADI certified Advanced Scuba Diver. Both have influenced his life deeply and he has used his experiences in this semi-autobiographical, debut novel.

Grab your copy of What The Young Don’t Tell in print and e-book format at the Notion Press Bookstore and amongst leading e-commerce portals such as Amazon and Flipkart.