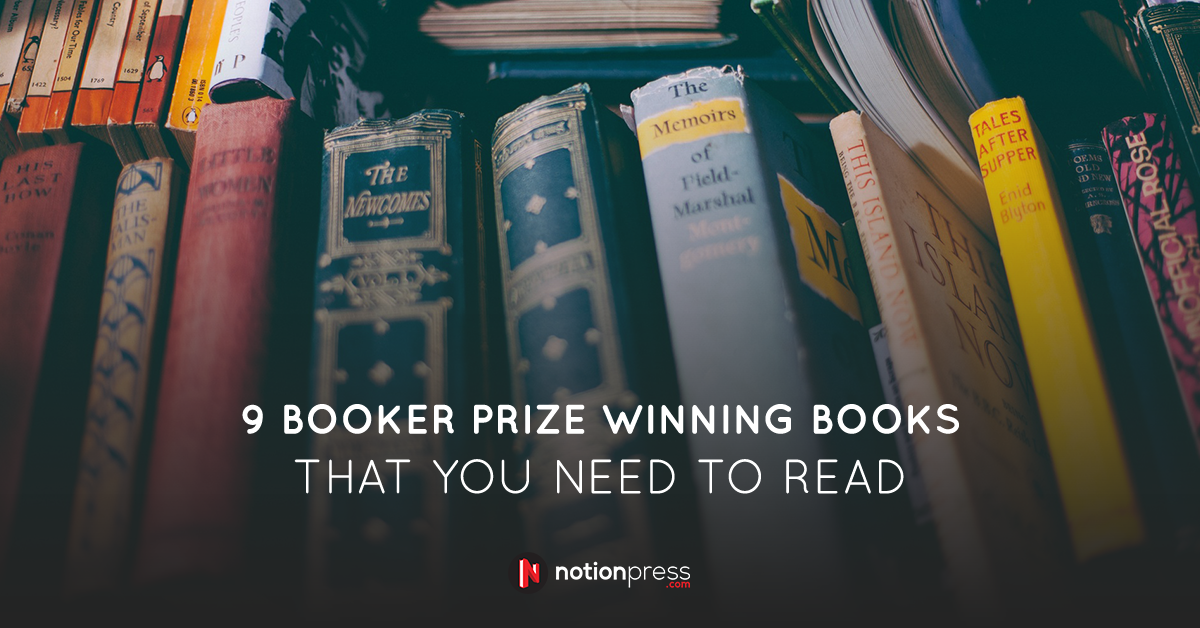 9 Booker Prize Winning Books That You Must Read

Formerly known as the Booker-McConnell Prize, The Man Booker Prize for Fiction, simply known as the Booker Prize, is an annual literary prize awarded for the best original novel written in the English language. Renowned internationally for its success and significance in the literary circle, Booker Prize is greeted with anticipation and fanfare. Initially started as an award only for Commonwealth, Irish, and Zimbabwean countries, this prize is now open for any English language novel.

Most of us would have read at least one or two Booker prize-winning books at one point or another. Many first time writers & authors do find inspiration from other books. Booker Prize is indeed a dream of many writers that is achieved only by a few. If you are looking to increase the count on your to-be-read books on your Goodreads shelf with some of the best books, here are our recommendations. You can also see our entire collection of Recommended Books to Read.

While people aspire for at least one Booker, Salman Rushdie won three and that too for the same book. If these awards are not inspiring you to read the book, we don’t know what would.

The book discusses the transition of India from British colonialism to independence. The novel is a perfect example of postcolonial literature. Written in the genre of magical realism, the book is the story of Saleem Sinai, who was born at the exact moment when India got independence. Born with telepathic powers, Saleem has an enormous, constantly dripping nose that is ultra sensitive to smell. The story talks about power, religion, government, laws, and life with such ease, and once you finish this novel, you are bound to linger around in Saleem’s world for quite a long time.

Written by Jamaican author Marlon James, A Brief History of Seven Killings is the most recent Booker prize winner, i.e. for the year 2015. Primarily about the assassination of Bob Marley, the book spans across several decades covering various incidents that occurred in Jamaica from the 1970s to 1990s.

The novel is split into five sections, each one named after one musical track that covers the events of a single day. Yes, the story is about five different, single day’s happenings. Winner of a lot of book awards, this book discusses politically motivated violence between gangs associated with two political parties, how it causes assassination of Bob Marley, who was referred as the singer throughout the book, and how Jamaica is now after all these incidents.

The book not only brought to life the  Jamaica of the 70’s but was also elaborative and narrative. No wonder, the book has won so many awards.

Most of you would have watched this movie on the big screen and relished the fantasy. However, only the book lovers know that the book was a lot more magical and beautiful than the movie itself. Yes, we know that the movie was one of the best book-to-movie adaptations (you can see our complete list of Oscar nominated movies based on books), but the book was incredibly brilliant.

The adventure, fantasy novel is about the life of Piscine Molitor “Pi” Patel. An Indian boy from Pondicherry, South India, explores various issues from spirituality to practicality from a very early age in his life. The story takes a thrilling turn when he gets struck in a shipwreck with a Bengal tiger named Richard Parker and is left to survive with very minimal basics. He survives 227 days finally to reach a beach in Mexico. The ending of the book where Pi tells his story to the officials is something that was excellently narrated.

Adapted twice as a stage play, this novel is about the life of Vernon Little. A normal teenager living in Martirio, Vernon’s life shatters when his best friend, Jesus Navarro, kills himself but not before murdering his classmates in the schoolyard.

The Booker Prize judges described this book as coruscating black comedy reflecting our alarm but also our fascination with America. While you read this book, you can see similarities in the characters of Vernon with Huckleberry Finn from Mark Twain’s The Adventures of Huckleberry Finn and Holden Caulfield from J. D. Salinger’s The Catcher in the Rye.

This book is bound to make you laugh and at the same time make you think about what is wrong in the society. Written with satirical invective and witty irony, the book is filled with humour, wittiness, intelligence, and fun.

Winning the Booker Prize for the debut novel? Well, many people can only dream of such an achievement. Written as a semi-biographic fiction, this novel was both a commercial as well as a literary success.

The first and the only novel of Arundhati Roy, The God of Small Things is a story about fraternal twins and their life lessons and experiences. Separated at an early age and destroyed by the “Love Laws” of the world we live in, the twins struggle a lot and find their solace in each other. How they face trivial issues in their lives forms the rest of the story. The story is based on how the society decides who should be loved, how they should be loved, and how much they should be loved.

Ms Roy explores how the small things affect people’s behaviour and their lives to a great extent.

The Steven Spielberg movie Schindler’s List that we all rave about is based on this novel by Thomas Keneally. This historical fiction is, however, based on a true story. The book tells the story of Oskar Schindler, who is a Nazi Party member. He suddenly turns into a hero when he saves 1200 Jews in Poland and Germany concentration camps. While the book describes actual people, places, and events, it has reconstructed dialogues to set the historical fiction genre.

If you have watched the movie and felt awestruck, you must read the book as well to get more insights on the real story.

One of the major inspirations for many new age writers  Kiran Desai is known for her strong narration and rich vocabulary. Her second book The Inheritance of Loss, which was written over a period of seven years, won the Booker prize in the year 2006.

The story is about the lives of Biju and Sai. While Biju is an Indian immigrant living in the U.S, Sai is an Anglicised Indian girl living in India. The story runs across decades, between past and present, and between the points of views of the two protagonists.

Narrated brilliantly to suit every reader, the book is an excellent, gripping read. While the major theme of the story is post-colonialism, the story also discusses crucial topics like loss of identity, individualism, tradition, lifestyle, etc.

AnotherÂ book that is going to make you laugh out loud is The Finkler Question. This book is the story of three single (two widowed and one unmarried) men who have prickly and different lives. Despite the difference they meet and dine together at one of their apartments often.

The story takes a steep turn when one of them gets attacked by a random woman. The story, despite being funny and comical, discusses some of the crucial topics like race, religion, adultery, betrayal, friendship, etc.

Howard Jacobson, who is known for his wittiness, has weaved magic with words in this novel. With practical jokes and highly relatable comical scenarios, this book is a must-read for any book lover.

The debut novel by the Indian author, Aravind Adiga, puts a dark humour perspective to the class struggle that countries like India has been facing for years. Told through the historical narration of a villager, Balram Hawai, the story is about his journey to Delhi.

In Delhi, he works as a personal driver to a wealthy landlord. From there, he flees off to Bangalore after killing his master and stealing his money. The story examines the issues of religion, loyalty, caste, corruption, and poverty in our country.

The book discusses the journey of Balram from a driver to a murderer to an entrepreneur. Some of the topics that Aravind discusses in this book are globalisation, individualism, freedom, social class, caste, etc.

All of these books have won the Booker Prize because they were unique in their plotline, active in narration, and spoke of a social issue. Apart from being the best reads, these books are also a classic literature that could very well be used as a part of school curriculum down the lane. In fact, most of us would have read part of Salman Rushdie’s Midnight’s Children in school or college days.

If you are planning to write a novel, these are some of the classic books that you need to have read to understand the various aspects involved in writing a book. Also, these books make a meaningful gift to your loved ones this festive season. What are you waiting for? Start reading them. What are your favourite Booker Prize winning books? Let us know on the comments section below.

Please do read our blog if you are looking for more tips on writing your first book.