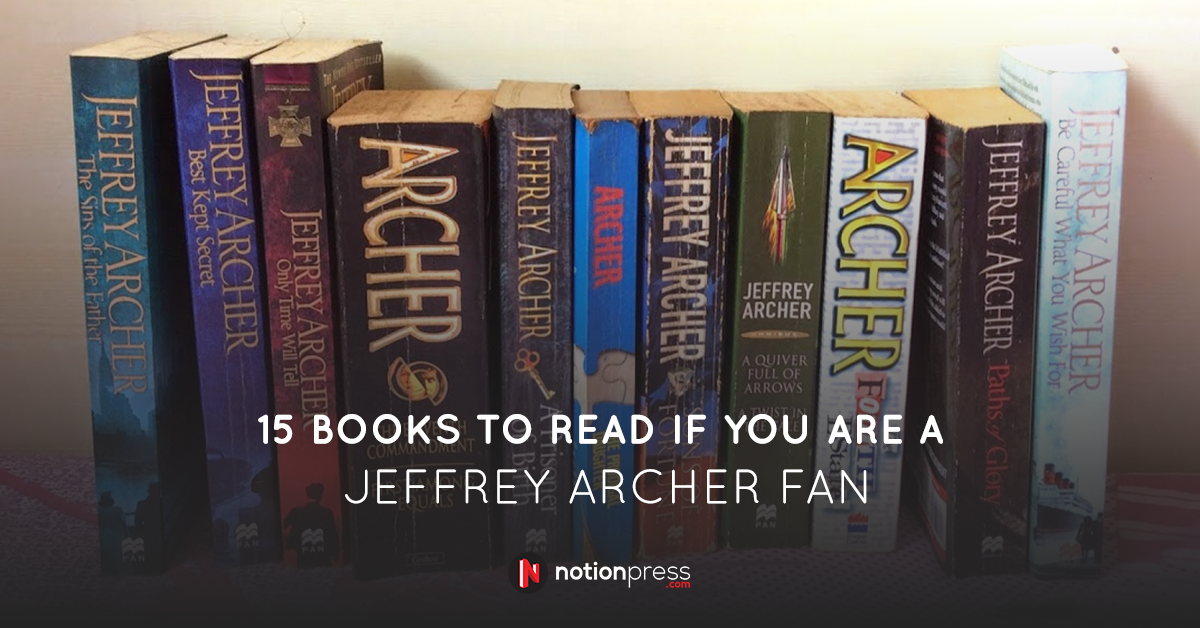 13 Books to Read if You’re a Jeffrey Archer Fan

The release of Kane and Abel took the literary world by storm. Crime thriller lovers spent endless hours immersed in the compelling story of William Lowell Kane and Abel Rosnovski; their powerfully written characterization and a plot that sees them get tangled in a 60-year power struggle on the background of war, marriage, fortune and disaster. If you enjoy the quirky writing style, set in plausibly realistic and relatable backgrounds, you’re bound to have read a Jeffrey Archer book. Look beyond his works, and you’ll find a whole other bunch of novels that could rival Archer’s genius. Here are 13 books to read if you are a Jeffrey Archer fan.

An all-weather gripping read, The Odessa File is one of Frederick Forsyth’s best-selling crime thrillers. Famous for its climactic plot twist and fast-paced action, this book will keep you on the edge of your seat.

A fiction novel written around a factual background, The Odessa File is a must read if you enjoy the powerful plots of Jeffrey Archer novels.

A good book to read on long journeys, Random Violence is a book that stays true to the crime thriller genre. This is the first entry to Jassy Mackenzie’s series involving her protagonist; Private Investigator Jade de Jong.

Ten years since her father’s murder, Jade de Jong returns to Johannesburg, her native, only to be thrust into a troubled post-apartheid world. She sets out to help her father’s old partner, David Patel, in a murder case, while also plotting revenge against her father’s convicted murderer. Her investigation into both matters leads her into a chain link of crimes linked to her father’s death, all for profit.

The book gives you a little slice of life read, with its background of Johannesburg after Nelson Mandela’s abolishing of apartheid. The characterization is strong, making you empathise with Jade’s strife for justice. With multiple plot twist, this book and its sequels are a compelling read.

The Bondage of the Will

While not a crime thriller, The Bondage of the Will sees man battle within himself over the concept of free will, a power given to him by God. Published in 1525, Martin Luther’s work is considered a theology classic.

If you enjoy a strong use of vocabulary and complex theistic arguments, this book is a worthy read. Martin Luther’s passionate writing style, filled with arguments directed towards Erasmus, can be compared to the intellectual war of words between Kane and Abel.

The Power of One

Narrated through the eyes of protagonist Peekay, an Englishman living in South Africa, the story follows his life from childhood to adulthood as he deals with issues like bullying, abuse, racism and self-discovery. His ambitious nature drives him to take up interest in boxing, a sport with which he fights his inner demons and those who stand against him.

With settings such as a boarding school, minefield, boxing bout and prison, The Power of One has the mix of an adventure rescue thriller in the backdrop of a war-torn world.

The rather mundane daily life at Lincoln International, a fictional airport based in Chicago, is turned upside down one evening when a violent snowstorm hits the city. Airport General Manager Mel Bakersfield has to tackle the panic striking situation while also deal with his marital issues. All the while, the snow creates havoc on the runway, causing an aircraft to be clogged on the main runway. Mel is forced to race against time and resolve the matter while other characters in the airport face similar personal issues to tackle as they interact with one another.

Mysterious, comical and flat out entertaining, Airport makes you feel for Mel and his cohorts while being guided on by a fast-paced plot.

After a target for an investigative report storms in and guns down a news anchor, the victim’s family file a lawsuit against the gun company the accused used as a weapon. The lawyers on either side, Kelly Starling for the plaintiff and Jason Noble for the defendant, battle it out in court only to realise the darker side of the matter is more than just a fight for justice and one that could effectively ruin their careers and many other lives.

Anyone who loves the power of argument, mixed in typical courtroom fashion and mystery, will have a long, unstoppable read with this book.

Are You Afraid of the Dark?

The plot follows two widows who battle for justice after their husbands die mysterious and violent deaths. The fact that their husbands were colleagues working at a prestigious think tank brings them together, as they use their wit, guile and sexuality to take down the conspirators by any means necessary.

Providing twists at unexpected moments, Are You Afraid of the Dark, in classic Sidney fashion, is a terrific read. Fast paced, heart stopping action sequences and well-written characters make this a must-read on the list.

The Story of Tracy Baker

An award-winning children’s book, you might wonder why it’s on this list. Simply put, it brings a wave of nostalgia every time you sit down and read to your kids. While children can relate to the characters easily, adults will find the soft humour, imaginative scenarios and wonderfully written characters very similar to Archer’s writing style.

Another character you can really feel for, The Story of Tracy Baker is playing with your emotions on every page. Tracy’s imaginative world is one we all wish was real, and the depiction of life in a children’s home is as real as it gets.

Dongri to Dubai is a book that is impossible to put down. The pacing is terrific, and the lives of dons are so well and factually written. A book Archer fans and crime thriller fans, in general, would adore.

An intriguing crime thriller with interesting characters and true to life setting, Six Suspects will shock your nerves in it’s climax.

Read this book if you enjoy deep, well-developed characterisation and a mix of life in each character’s respective role. The link between each character is also well done in a broken narrative. The best moment is of-course saved for the last, with that awesome plot twist.

What do you get when you mix a murder mystery with corporate law and the mafia? A book like The Insider that showcases the harsh reality of law and order.

Mystery, action, secrets, corporate espionage and more. All the ingredients to make a worthy and unforgettable read.

Ah yes, the age-old movie warfare between the world’s superpowers- America and Russia. Put that in a book, with a rather intriguing plot; you get a politically thrilling masterpiece with The Second Lady.

A classic read for lovers of a political thriller, with an ending that is left for the readers to decide upon.

We can’t figure out the genre of this book, as it has a mix of everything, giving it a unique narrative that only John Hart has mastered.

The story follows the 13-year-old Johnny Merrimon, who has the perfect life and a happy family. His world falls apart when his sister, Alyssa, goes missing. In a hometown plagued with tragedies, Johnny is determined to find his sister and is aided by detective Clyde Hunt. Things get more mysterious and darker when more young children go missing, and Johnny is faced with the truth about his sister he simply cannot accept.

Unique writing styles are rare, and this book takes the cake as one of the most gripping narratives in existence. The Last Child is a timeless read that will leave chills down your spine with every turn of a page.

Life always needs a little mystery, and we hope this list is big enough to heighten your senses and pump up the adrenaline.

You may also find it interesting to read a fast paced thriller by one of the Notion Press authors – Deluge – Agasthya Secrets by Ramesh Babu.