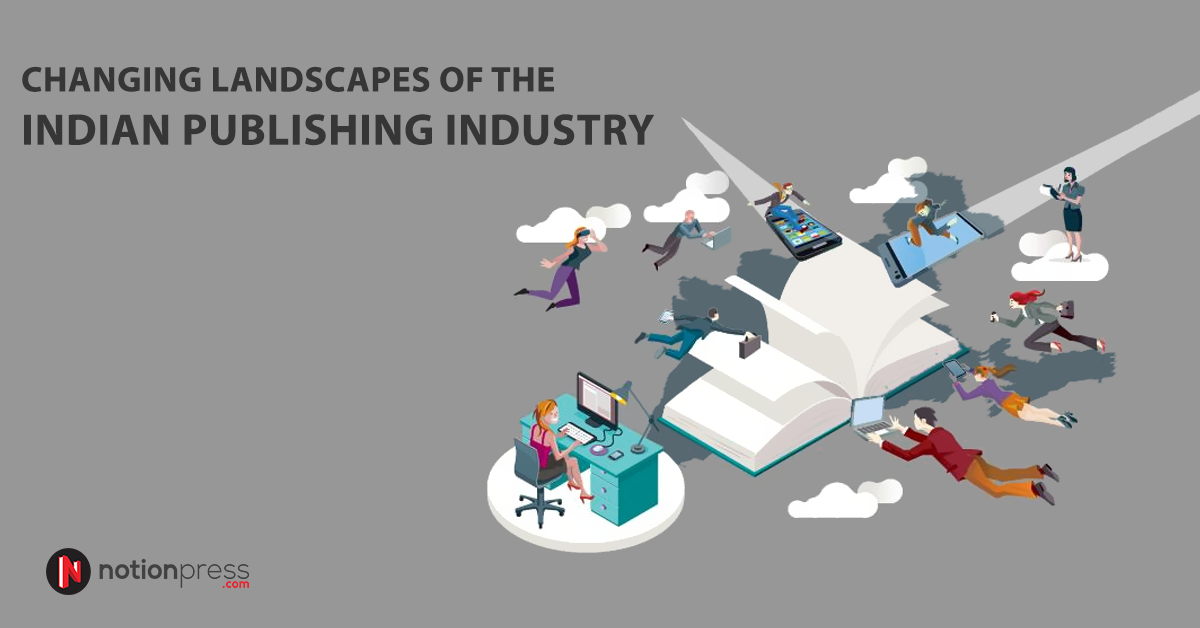 THE CHANGING LANDSCAPE OF THE INDIAN PUBLISHING INDUSTRY

In India, the land of epics like the Ramayana and the Mahabaratha, there is no shortage of stories. With the art of storytelling rooted in our tradition, it is not surprising that we are the sixth largest publishing market in the world.With a population of over 1.28 billion people and estimated to surpass China by 2030, India is seen as a lucrative market by all major publishers.Whatâ€™s more is that Indiaâ€™s literacy rate has seen a significant improvement over the last ten years, partly owing to the Governmentâ€™s investment in education. A survey conducted by the National Council of Applied Economic Research, called the National Youth Readership survey, shows that three out of four youths in the country are literate. With an overall literacy rate of 74.04, which is expected to reach 90% by 2020, the book market seems to be on the right track. Another interesting point to note is that India is the only country in the world that publishes books in at least 22 languages and ranks third only after the USA and the UK in the publication of English books (you may also check out international self publishing companies like OutPublish). These facts show that India’s publishing industry has more to offer than its western counterparts. But, what needs to be noted, particularly, by authors and publishers alike is that there are a few key indicators that need to be paid extra attention to.  With this article, we hope to bring into focus the key indicators that play a huge role in changing the landscape of the Indian publishing industry in every sense. Read on!

The key factor that had a huge impact on every industry and not just publishing is, without a doubt, technology. Technology and its adoption has to be attributed to the changing landscapes of the Indian publishing industry. Ten years ago, a computer or a phone was not a necessity in India but rather a novelty or even a luxury. Now, smartphones and laptops are flooding the market, thanks to the timely adoption. The Internet penetration in India, even though a sorry figure of 19% compared to the gigantic numbers of 45.8%Â  and 84.2% in China and the U.S respectively, is growing and a FICCI-KPMG Indian Media and Entertainment Industry Report, 2015 shows that India is showing a steady increase in the number of internet users. The smartphone market is exploding, with the market players offering the best.,It is not surprising that India is touted to overtake the U.S as the second largest smartphone market in the world.The Government of Indiaâ€™s Digital India campaign also aims at digitally empowering the country. Â Thanks to these key drivers, the reading habits and consumption of content by Indians have changed. The technical infrastructure offered by publishers is also constantly evolving, keeping with the needs and habits of readers. E-commerce has been a constant driver, with companies like Flipkart and Amazon changing our book buying behavior, that the publishing industry as a whole can feel its impact. Indians have now moved on from physical book stores to buying online. Aggregators like Flipkart and Amazon started off with listing books and slowly went on to list other items. E-commerce platforms like these have made the process of publishing, buying and owning a book simpler. Not so long ago, buying books was not as simple as it is now. Thanks to these E-commerce sites, the reach and discoverability of books and authors have become easy to achieve.

E-books are another important drivers to the changing landscape of the Indian publishing industry. Just as the iPod changed the music industry a few years ago, e-books are transforming the publishing industry currently.Gone are the days when reading was considered a ritual, with hardbound books and a cup of tea. People today prefer to read on-the-go and access content in different forms and sizes. Todayâ€™s digitally savvy audience are looking for convenience over anything else. Content is being created and disseminated keeping digital in mind. Some publishers even choose to go digital first and align their other activities based on it.

Social mediaâ€™s part in this need not be explained. Platforms like Twitter, WordPress, Tumblr, etc., have brought out the storytellers in each of us and have given people a great opportunity to virtually come together and exchange information. Digital media rules every aspect of mankind now,and the magnitude of its impact can be felt in the Indian publishing industry as well.

Not long ago, the book reading population of India was restricted to a few popular authors like Salman Rushdie, Arundhati Roy and Khushwant Singh. And the rest of the non-readers rejected the whole affair as â€˜snobbishâ€™. But things have changed in the past decade.With Chetan Bhagat bursting into the publishing scene with his massively successful book, Five Point Someone, the landscape of the Indian publishing industry has definitely changed. His book was sprinkled with simple English, commonly used Hindi slags and a style of writing that Indian authors would have never dreamt of putting on paper before! Suddenly, fiction was something that even an average Indian with basic English speaking skills could read, relate to and enjoy. Combine this with his overall persona and successful Hindi movie deals, he was catapulted into a publishing stardom. By setting his story around an average desi youngster, he forced many a under- 25-year-olds to pick up a book and read. His books have given rise to a new batch of readers that are interested in less-abstract and more relatable novels. This new batch of readers have in turn given rise to a new breed of authors as well. With more authors like Amish Tripathi, Ravi Subramaniam and Ashwin Sanghi catering to readers of every kind, these new age Indian authors have redefined and revamped our reading habits. Thanks to the success of authors like Chetan Bhagat and Amish Tripathi, authors now realize that it is no longer necessary to have a complex vocabulary that puts Shakespeare to shame. They have proved that people with regular corporate jobs could also become successful authors.

Self -publishing is not a new concept to India anymore. With authors embracing it in huge numbers, India is seeing a lot of improvement in this industry. It would not be an exaggeration to say that self-publishing is slowly transforming the book market. From being made to self-publish, authors are now choosing to self-publish, a trend that is healthy. With the availability of easy-to-adopt technology and a large amount of easy to access information, self-publishing has become mainstream. Self-publishing was widely prevalent in the US and Europe, but India for long had held on to its traditional publishing model. Even though the role of traditional publishing houses cannot be overlooked, they are notorious for rejecting untested ideas and genres. Their hesitation to try new authors, ideas and genres make it seem exclusive and restricted to a â€˜selectâ€™ few. Due to this, many a great works could be lost in the piles of manuscripts rejected by them. With the option to self-publish, these great books get to see the light of the day. But in the last five years, the country has seen a huge number of self-publishing houses includingÂ Notion Press, rolling out their services to aid authors in publishing their books.

Thanks to the benefits of self-publishing, many people quit their well-paying corporate jobs to achieve their dream of becoming writers which are greatly supported by these self-publishing houses. Self-publishing in India, even though in its nascent state, has been seeing tremendous developments. From publishing E-books to short snippets for mobile reading, the self-publishing ecosystem is thriving and constantly evolving. The most exciting aspect of all is that we are still in the early days of what is called the â€˜self-publishingâ€™ revolution as the market is open to more developments.

All of this has culminated into what is now seen as the best era for publishing a book in India. Contrary to the Western markets, the publishing industry in India is not dying. It is thriving and constantly evolving. Be a part of the revolution by self-publishing your book today. For more details reach out to usÂ publish@notionpress.comwe will be able to guide you better. VisitÂ https://notionpress.com/blog/Â for regular updates and tips to accomplish your dream of becoming a self-published author. 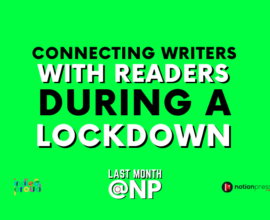 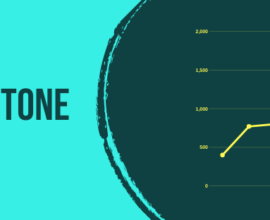 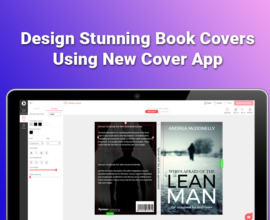