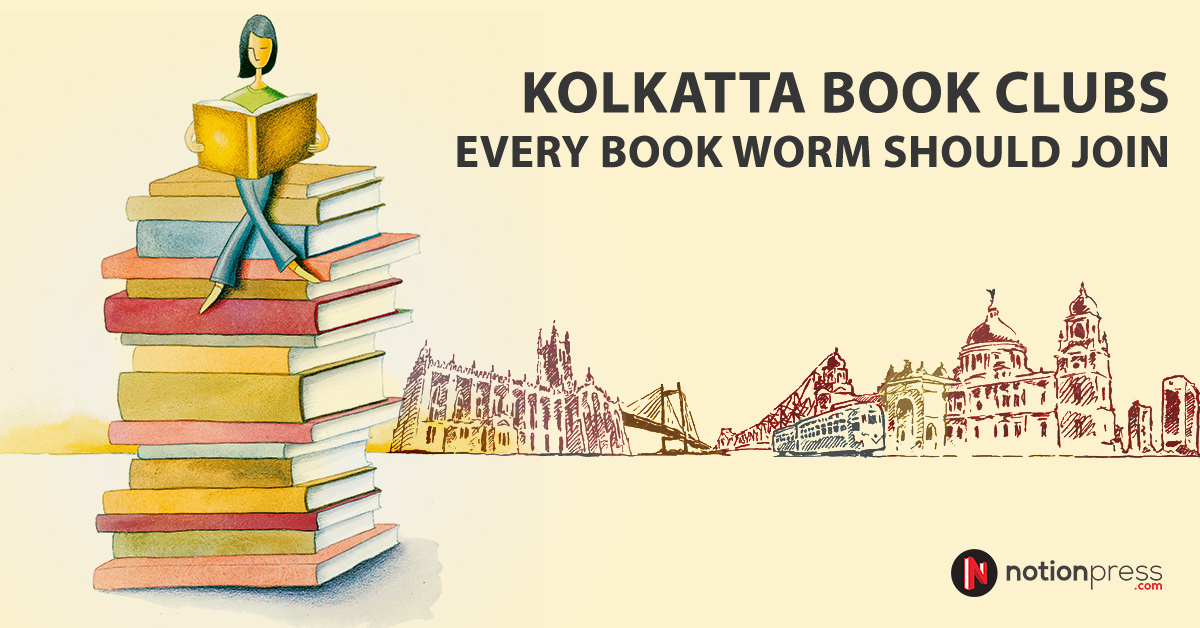 Birds of a feather flock together, or in this case, worms of a wiggle wriggle along. Are you the kind of bookworm who enjoys intellectual debates and discussions over various genres of literature? Then you must be on the lookout for book clubs and actively participate in annual book fairs.Being the cultural capital of India, it’s no surprise that Kolkata is high up on a book lover’s list of places to delve into for some words of wisdom that encourage a healthy read.If you are on the hunt for a good read in the city, here is a list of some popular book clubs and fairs.

One of the first proper book clubs to be established in Kolkata, the Reader’s & Writer’s Club opens up a unique opportunity for avid readers to interact with popular published authors. The club schedules meeting ever month via their Facebook page, which is open to anyone.

The club is most recent meeting occurred on the 7th of November at 40A Creative Studio, where author Lopa Banerjee talked about her book Thwarted Escape.

La maison de livre is a book club exclusive to young readers. The club uses Facebook as a platform to promote its events. Having started with the ambition to encourage creative expression in children, the club hosts many workshops and reader’s meets, where kids and parents can interact with each other regarding children’s novels.
To register you can contact: 98312 12003

The Book Reading Club operates solely on Facebook and serves as a platform for like-minded readers to share and comment on books and modern technology. It is an open platform where participants can share pieces of their literary work and have it discussed. The book club currently has 275 members and is actively updating posts on all forms of literature.

Another club with its roots in Facebook, the Book Lovers Club of Kolkata is growing in number every week. With 746 members, the cub’s biggest attraction is the easy access you get to secondhand books that can be purchased online. The community is buzzing with activities that pop up on the page every week.

The Apeejay Kolkata Literary Fest is the first annual literary fest held every year in Kolkata. The fest is hugely popular among the locals as it sums up the rich cultural heritage of the old capital. From its six subcultures to Kolkata’s vibrant and engaging literary connections to the rest of the world, the Apeejay Literary Fest brings literary geniuses of all forms, including music, art and film under one roof at the Oxford Bookstore.

The fest lets visitors experience the power of the written word by engaging them in meaningful interactions with their favourite authors, while also giving newly-publishedauthors the opportunity to take centre stage.

The Fest is held every year between 15 and 18 January.

A highly prestigious fest, the Kolkata Literary Meet is the longest running fest in the city, spanning 6 days with over 100 speakers. The event is famous for inviting world renowned authors like Ruskin Bond, Amish Tripathi and Nobel laureate, Amartya Sen. A unique feature of this fest is that themes change every year, with last year’s theme focusing on the controversial debate of the country’s rising intolerance. The Kolkata Literary Meet is held every year between 21st and 26th January.

Themes in this fare vary based on the country it features for the year, with books and authors from that country grabbing the limelight. The fair is known for inviting high-profile publishers like Penguin, Tata McGraw Hill, Bloomsbury and much more, while also sticking to its Bengali roots with publishers like Ananda Publishers attending every year.

THE PERKS OF BOOK CLUBS:

Now that you have an idea on the number book clubs and book fairs in Kolkata, it would be a good idea to go ahead and join one. Even if you are not into reading, book clubs will give you many reasons to do so. Here are a few ways that book clubs are beneficial.

Being around well-read people is a great brain booster especially for the younger crowd, and book clubs provide the platform for the well-read to mingle with each other and share their thoughts with others. Being part of a book club means you will be regularly informed of meetings, giving you a chance to get entwined in some words of wisdom.

No matter which cultural, ethnic or religious background you come from, in a book club, you’ll find members with one thing in common; their undying love of books. Book clubs can be a great source of fun when you find individuals who share similar interests in literary genres. Plus it opens a new way to meet people and make friends you normally won’t find anywhere else.

A welcome break from your daily schedule

Book clubs can be a stress buster as well, letting your mind and body relax and wave off the regular schedules of daily life. Need a good reason to escape for the weekend? Book clubs are your option. Even if you are doing nothing during your free time, joining a book club can make up for any time wasted.

A platform to express yourself

Aspiring authors have a fantastic opportunity to express their creativity in book clubs. The clubs provide an open platform for anyone who has something interesting to share, so if you have material worth sharing, go ahead and share it.

A good club for kids

If you are looking to enrol your child in an interesting club and activities, book clubs can prove to be a profitable start to your child’s literary journey. They would not onlymake good friends but will also learn a lot and improve their writing and oratory skills, all of which are vital for a growing child.

Got book club suggestions? Let us fellow bookworms know about it so that we can wriggle along together. You can also check out our list on the best book clubs in Chennai