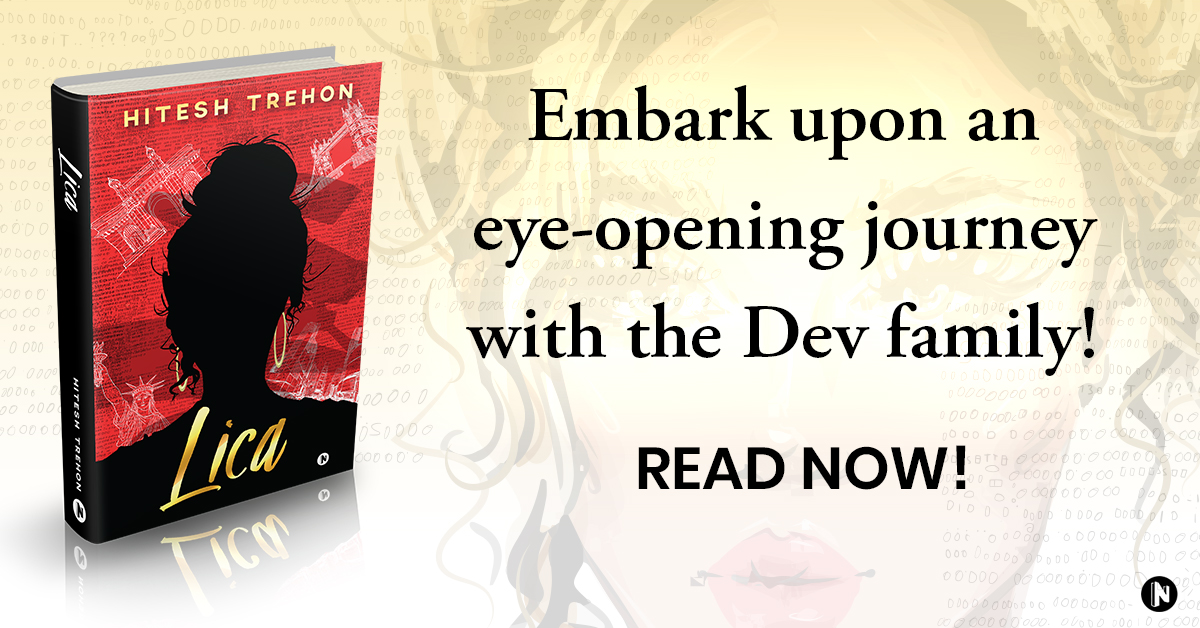 For any typical Indian, family is of the greatest value. While every person’s lineage has a story to be told, the story of the Dev family has a moral to be understood. Notion Press, India’s leading self-publishing platform presents- LICA by Hitesh Trehon, an engrossing degeneration of a family spanning from the pre-partition period to 2005.

The book traces the fictional story of three generations of the Dev family – Grandfather Mulkhraj Dev, son Raj Dev, and grandson Inder Dev while focussing on the latter two.
The plot opens to the life of Raj, his journey towards studying medicine in London, and his dream of opening a hospital in India someday. The story follows his experience in London, his friendships, and his love and marriage to a Scottish woman Maryanne.

Following the progress of the couple in personal and professional life, the story advances into the third part of the book which follows the life of Inder Dev, the eldest son of Raj. Inder is the stark opposite of his father, a victim of lust, greed, and ambition from an early age. After endless debacles and mistakes, when hope is in no sight, Lica storms into his life, madly in love, vowing to show him what true love and compassion are.
With neatly drafted characters, the story is gripping, soul-stirring, and truly heart-rending!

Author Hitesh Trehon had a passion for writing fiction novels. Though he could not pursue this passion having joined the merchant navy, and later quit after having commanded ships for ten years. He started his own shipyard and after having a successful business career, he quit and handed over the business to his two sons.

Hitesh Trehon is a recipient of the Lifetime Achievement Award for “Outstanding Contribution to the Maritime Industry”. Now having been free, he pursued his younger days’ passion and the result is LICA.
His second book is nearing completion.

LICA by Hitesh Trehon is now available in e-book and paperback formats across all major e-commerce platforms including Amazon, Flipkart, and the Notion Press online store. Grab your copy now!