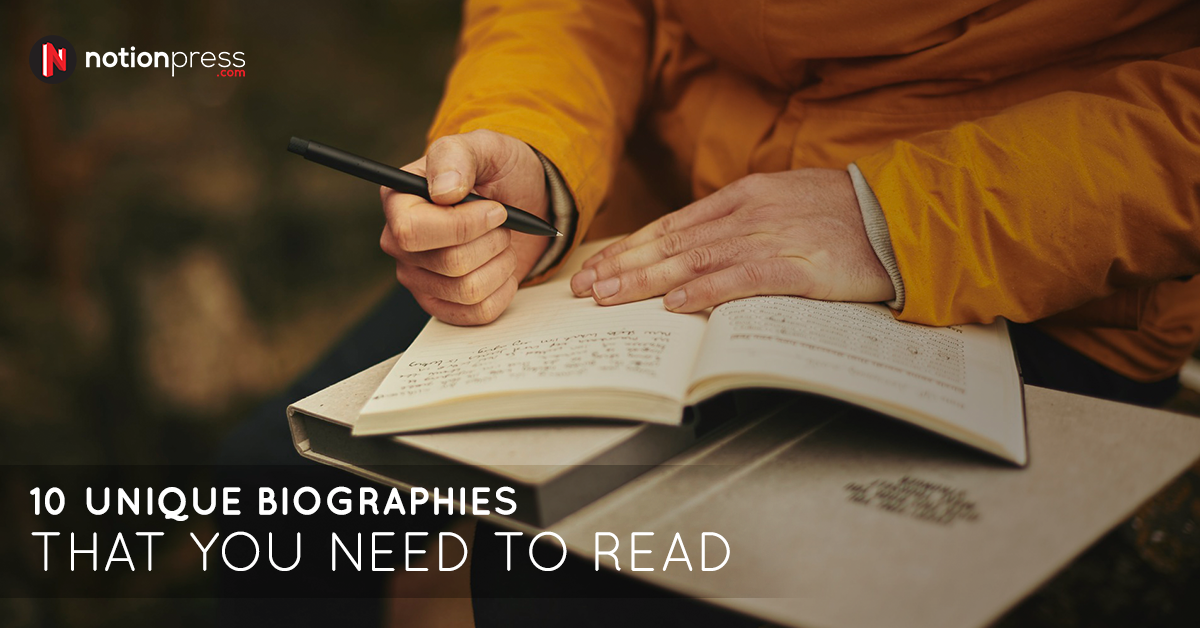 Unique biographies that you need to read

A biography is an account of a person’s life and what makes it an interesting read is that it transports us back in time and teaches us valuable lessons. Biographies of famous personalities are highly quotable and truly inspiring. Reading biographies can also inspire any budding writer. While its hard to compile a list of all the biographies out there, we have made a list of some of the most unique biographies that you must read.

Steve Jobs is a household name worldwide. At the request of the revolutionary himself, Walter Isaacson, a former executive at CNN and TIME wrote his biography. The author conducted 40 interviews over two years with Steve Jobs and additionally also interviewed more than a hundred of Jobs family and friends. In fact, Jobs even encouraged his family and friends to speak honestly at these interviews and gave the author full control over the content and did not even ask to read the book.

Aaron Sorkin wrote the film adaptation of the novel and Danny Boyle directed it and released the film in 2015. Walter Isaacson has written best-selling biographies on Benjamin Franklin and Albert Einstein as well.

Ian Halperin took it upon himself to investigate the condition of pop king, Michael Jackson’s health. In December 2008, Ian Halperin told the world that that Jackson had just six months to live. This made headlines all over the globe, and six months later the King of Pop did die. After five years of intense investigation, Ian Halperin, New York Times bestselling author, uncovers the real story of Michael Jackson’s final years, a suspenseful and surprising thriller.

Professor C.K. Prahalad lived an inspiring life. From studying in a Tamil medium school, he rose to do an MBA at IIM Ahmedabad, a doctorate at the Harvard Business School and sat on the boards of several large global corporations. Benedict Paramanand has compiled all the untold stories of C.K. Prahalad and the impact he has on students and entrepreneurs. This book is a must read as it gives valuable lessons on leadership, behavioural changes and the influence he had on international business.

Napoleon Bonaparte is one of the most famous soldiers and statesman of all time. In a bid to reveal his unique story, Andrew Roberts wrote a biography that will help us understand his character and motivation. It is said that Andrew Roberts, a historian traveled to 53 of Napoleon’s 60 battle sites to understand him and discovered new documents in archives. He even made a long trip by boat to St. Helena. The book is an account of Napoleon’s mind, his life, and his military and political genius.

Oprah Winfrey is one of the most influential personalities ever. Her show was extremely popular, and she had a knack fortalking to celebrities and getting them to talk about their deepest and darkest secrets. Kitty Kelley, a bestselling author, investigated Oprah’s life and spoke to some of her closest family and friends to write this biography. She even got a hold of birth certificates, financial and tax records, and even copies of Oprah’s legendary (and punishing) confidentiality agreements. Through her book, Kelley was able to reveal a side of Oprah that no one knew. Kelley is also known forrevealing the stories of other icons such as Jacqueline Kennedy Onassis, Frank Sinatra, Nancy Reagan, England’s Royal Family, and the Bush dynasty.

Muhammad Ali was always indispensable in the ring and his achievements and life both on and off screen has been captured in his biography Muhammad Ali: His Life and Times by Thomas Hauser. Originally published in 1991, the book won the award for the William Hill Sports Book of the Year that same year.

The author is said to have spoken to 200 of Ali’s family members, opponents, friends, world leaders, and others who have known him best. The book also has a detailed account of Muhammad Ali’s greatest fights. It also mentions the Ali-Frazier fights which, was regarded as the greatest rivalry of the century.

Winston Churchill was the Prime Minister of the United Kingdom at one of the most crucial times in history. It is, in fact, difficult to understand the Second World War without the bold statesman, Churchill. His biography is a huge eight volume collection that took almost 25 years to write. Martin Gilbert was first approached by Winston Churchills son Randolph Churchill to help him with his work on biography of his father. Gilbert joined the research team and started working on the first two volumes. When Randolph died in 1968, Gilbert took over finishing the next six volumes. Gilbert spent the next 20 years on this project.

The biography is a detailed account of Churchills life; it contains the highlights of his role in the Second World War and his belief in technology in warfare. According to the book, Churchill could also fly a plane and learnt it before the First World War and was part of tank and anti-aircraft defence. According to the author, “His finest hour was the leadership of Britain when it was most isolated, most threatened, and most weak; when his courage, determination, and belief in democracy became at one with the nation.”

A novelist, playwright and poet, Oscar Wilde was a man of many talents. He became Londons most popular playwright and is remembered for his plays, his novel˜The Picture of Dorian Gray, his imprisonment and early death.

The book not only explored his literary wit and genius but also talks about his personal life and his imprisonment and death as well. The author, Richard Ellmann, a renowned biographer and literary critic spent more than 20 years researching his life. This resulted in a detailed and fascinating account of the legendary authors life.

Ellmann, who is also responsible for writing James Joyce and William Butler Yeats biography, won the National (USA) Book Critics Circle Award in 1988 for his work on Wilde. He also won the Pulitzer Prize for the book posthumously in 1989. The book was also the basis for a movie titled Wilde by Brian Gilbert, starring Stephen Fry as the title character.

Einstein as we all know is a genius. He is famous for his equation E=mc2 and the concept of a unified field theory. This biography explains how his mind worked and how his scientific imagination leapt from his rebellious personality. Isaacson, a former chief executive of CNN and biographer of both Henry Kissinger and Benjamin Franklin, has done a remarkable job on his story. According to The Guardian, It’s one of the greatest stories of modern science and to his credit and my surprise; Isaacson has done a first-rate job in telling it. This is, quite simply, a riveting read.

Marie Antionette was The Queen of France before the French Revolution. She was also wrongly accused of uttering the words, “Let them eat cake.” It has now become a journalistic clich. Frasers book on the queen talks about all aspects of her life. The book was the basis for the 2006 Sofia Coppola film Marie Antoinette.  The book was re-launched to coincide with the release of the movie as well. The book and movie had dramatic success, and the book has been translated into French and Italian.

How many of these books have you already read? Let us know in the comments below.

Inspired to write one yourself?Read our blog on How to Self Publish a Book in India.