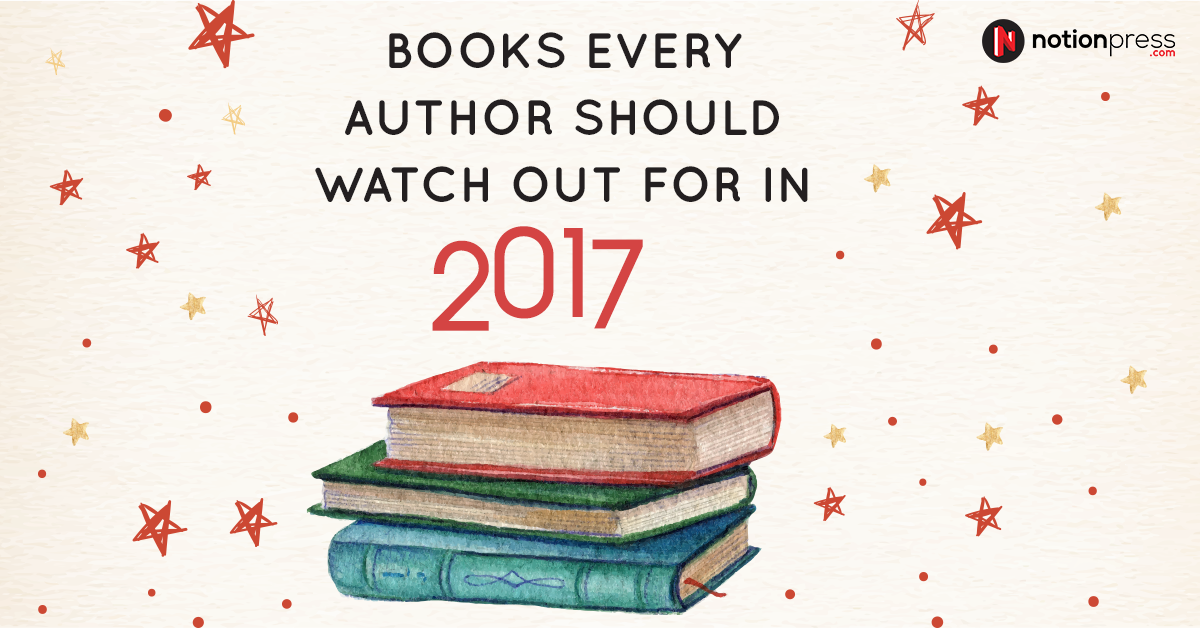 9 Books every author should watch out for in 2017

To be a good writer, you need to be an avid reader. It does not matter if you read novels or non-fiction, you need to read frequently to enhance your writing skills. In fact, reading is one of the best ways to tackle writer’s block. With the year 2016 about to end, we have compiled a list of books that are anticipated to be released in 2017. These books are not just another series of books that are releasing, but ones that people are either enthusiastically pre-ordering or waiting to buy. Some of the books every author should watch out for in 2017 are:

Yes, the Booker prize-winning novelist, Arundhati Roy, is back with her second novel after a humongous gap of almost two decades. Her first novel The God of Small Things is a book that we all would have read and cherished. The book won the Booker Prize for the year 1997. Now, nineteen years later, her second novel The Ministry of Utmost Happiness is going to be published by Hamish Hamilton UK and Penguin India.

Her writing is known for its audacity, empathy, and freshness. From exploring laws to casteism, her first novel was fresh and bold for not only Indian audiences but for people around the world too. We hope that the second book promises to be extraordinary and unique. Indeed, many budding writers were inspired to write Indian fiction thanks to authors like Ms. Roy.

The author was inspired by the legends surrounding the Indus Valley city and created the curse. The novel is expected to be a gripping thriller about a powerful relic, a sinister cult, and family secrets that haunt generations. If you are planning to try your hand at writing historical fiction writing, this book could be a good read for inspiration.

The thriller writer duo worked together last onPrivate India, and needless to say, the book was incredible. The dynamic duo has collaborated once again for Private Delhi. Jack Morgan and SantoshWagh set up a new branch for their global investigation agency in New Delhi.

Politics, mythology, fiction, crime, you name it; you will have it in this novel. Two of the most acclaimed thriller novelists, Ashwin Sanghi and James Patterson will definitely not disappoint you with their new book.

With regard to their previous novel, the Wall Street Journal said, The result is a fast-paced thriller where references to Indian mythology are juxtaposed alongside members from the intelligence services.

Once you have read the blurb for this book nothing more needs to be said!

A young man is found dead in the toilet of Matunga Road station, his stomach ripped open. Retired journalist Peter D’Souza joins the investigation with his friend, Inspector Zende and is drawn into a world of secret desire, blackmail and unspoken love, a world that he fears his son may be a part of. Driven as much by fear and empathy as by curiosity about men who seek men, Peter tries to track down the killer, with some help from the flamboyant Leslie Siqueira, the Queen of the Queen of the Suburbs. But time is running out. Jerry Pinto’s new novel” set in Mumbai, the city he writes about like no other” is a gripping murder mystery. It is also a compelling exploration of loneliness, ambition and greed in the great metropolis.

As the title suggests, this new novel surrounds emotion, intellect and sadness. The story of two friends and their struggles to achieve success, Swing Time captures human emotions at its best and worst. That doesn’t mean that the book will lack Ms. Smis usual wit. As a writer, you must definitely read this book, especially if you are trying to write a book that deals with multiple emotions.

Don’t we all love reading about banking and financial related books? The bestselling author of Currency Wars and The Death of Money, James Rickards, writes about the global economy in his latest book.

This book was originally published in 2016, but the Indian audience keen on a paperback copy of this book must wait a little longer. The initial reviews have been promising. If you are planning to write a book that is related to banking, accountancy, finance, and economics, this book should definitely be on the list of your must-reads.

As the good old African saying goes, Until the lion learns how to write every story will glorify the hunter. We all know one side of the story when it comes to terrorism and attacks. Of course, no one can take away a human life, and terrorism should end. But we all have been curious to know why someone can take extreme steps like terrorism.

This book delves into the complex and intricate lives of some of the most talked-about terrorists of the country. The novel revolves around the life of Mr. and Mrs. Ansari, who seem to be normal human beings like you and me. However, a modest housewife, Ms. Ansari, plants a bomb. The book answers questions like “What drove them to such violent designs? What were their compulsions? Can a human being be so ruthless and heartless, and why?

Whether you love him, hate him, ridicule him, or admire him, Karan Johar has contributed a lot to Bollywood. While his movies generally revolve around relationships, love, emotions, and drama, was his life as spicy as his movies? From being a director of the masses to a witty host, who doesn’t mind a roast, Karan Johar is one of the best entertainers.

In this book, he opens up like never before to Poonam Saxena about his business as well as his personal life. If you are a movie buff or if you intend to write books that are as romantic as Mr. Johar’s movies, then you have to read this book.

We just witnessed the beauty of Dan Brown’s Inferno on the silver screen, yet we are already anticipating jumping into Mr. Brown’s and his protagonist Mr. Langdon’s world of mythology, fiction, suspense, science, and crime.

Retaining his trademark style, he interweaves codes, science, religion, history, art, and architecture into his new novel, Origin. Mr. Brown, an inspiration for many writers and authors, weaves another magical tale with Harvard symbologist, Robert Langdon. Just like his previous works, there is an earth-shattering issue, and Mr. Langdon has got to resolve it.

We guess that we have added some more books to your never-ending to-read list. Which of these books will you be buying or pre-ordering? What are the other 2017 book releases that you are anticipating? Let us know in the comments below.