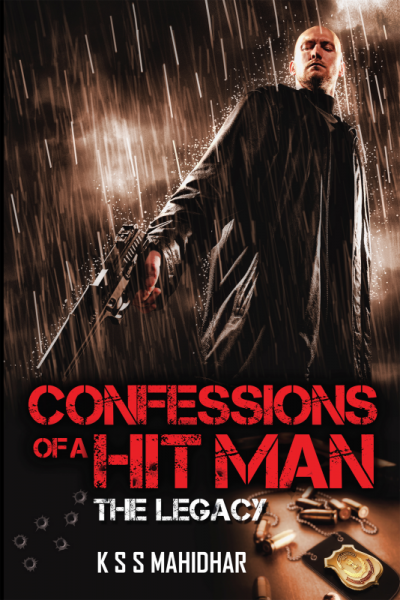 CONFESSIONS OF A HIT MAN THE LEGACY

Secrets can be dangerous. They can turn even the best of friends into enemies. Sometimes secrets can get you killed….

But the only reason Catherine Koshlov is alive is because she knows a secret.

A secret which is going to change her life forever, a secret worth 10 billion dollars.

Catherine Koshlov, the daughter of a Russian business tycoon, escapes from Russia after her father is murdered in their own castle.

To win the throne of her wealthy empire back, she knows that she needs more than courage and strength. She needs to know her complete family legacy, the one they haven't made public.

When Mahi, a TV reporter from Hyderabad confesses to the assassination of the President of India on live television, everyone loses their mind.

Could he possibly be the most infamous hit man on the planet, the one they call "The Terminator" or is he a fake?

A boy genius thrown into an underground facility in the CIA, escapes after seven years and swears to show the world the real meaning of fear.

In a deadly game of revenge, love, survival and betrayal, spanning across several continents, Catherine finds herself in between a hit man, a History professor and a CIA agent will they be able to help her win her throne back?

Born in a small town called Bapatla, in Andra Pradesh, India, K.S.S. Mahidar is a third year engineering student in VIT University. He has been a keen writer right from his childhood. This is his debut novel.