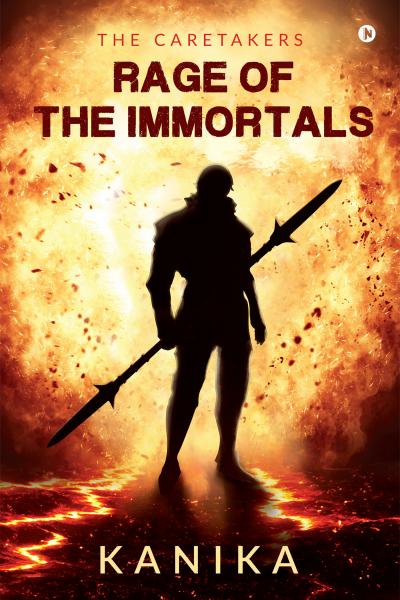 Rage of the Immortals The CareTakers

He is willing to descend to any depth in his quest to destroy his enemy.

She is willing to sacrifice anything to stop him.

When the juggernaut of his obsession smashes against the wall of her loyalty, who will win?

"A great and exciting read" - Bookgeeks.com

"Made me think of Neil Gaiman's Morpheus...delightful complexity in each character" - Sonali

Lt. Kara Sefina, a disgraced soldier, gets a second-chance at regaining her honor when Cifer offers her a job.

Only problem - it's not a job. It's a lifetime bondage to a slave-driving egomaniac.

Cifer is the Caretaker of the Underworld, a ruthless guardian who will do anything to protect the land.

But when the Underworld is threatened by a mysterious ancient being, Cifer realizes that he may have met his match... and more.

As Cifer resolves to meet his challenger head on, Kara is shocked to discover the identity of the adversary.

Should she protect her egomaniac master, or root for the adversary?

She gets caught in the middle of a struggle between two ancient beings, where she finds unlikely helpers in the form of a dirty, ragged, schizophrenic god and a wispy magical python.

She ends up staking her very life on a single choice. Problem is, the choice isn't hers to make this time. Will she survive the consequences?

This fantasy book is full of unexpected twists. If you grew up with Harry Potter and Sarah J. Maas, if you love Tolkein and G.R.R. Martin, you will love this book!

Scroll up to grab your copy now.

Kanika is an IIT alumna with a love of reading since early childhood, when her parents could reliably hand her a stack of story books and be done for the whole of the summer vacations. This was particularly helpful as the small city she grew up in offered little in terms of kiddie distractions, and she never lacked for fantastical places to visit in her imagination. The love for reading grew into a passion for writing, culminating in Rage of the Immortals. Kanika lives in India with her husband and two sons, and enjoys cooking and gardening in her spare time.